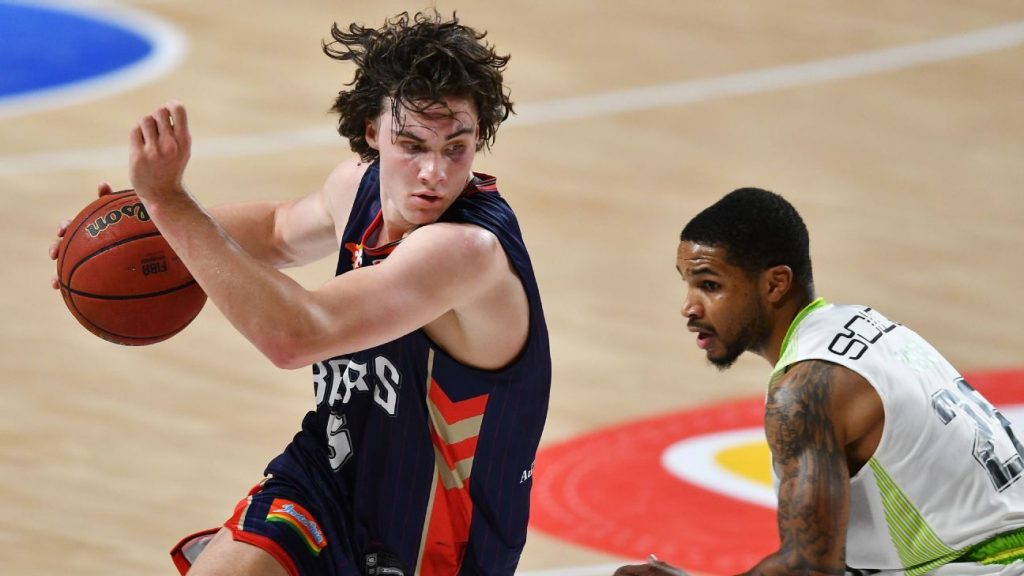 Plying his trade with Adelaide 36ers after a stellar junior career that included representing the green and gold on the international stage, Giddey averaged 10.9 points, 7.5 assists and 7.4 rebounds per game in the 2020/21 NBL season. He recorded back-to-back triple doubles, the only Australian in NBL history to achieve the feat, catapulting him into draft lottery contention.

Following on from the success of his NBL Rookie of the Year predecessor in LaMelo Ball (who won the subsequent NBA Rookie of the Year), Giddey said it was an unbelievable feeling to hear his name called out so early in the draft.

“It’s a dream come true so to be taken by the Thunder and to have them want me on their team it makes me feel really special and I couldn’t be happier,” Giddey said. “The Australian basketball community is really tight. So, to have those guys by my side and supporting me through this whole process has been really good for me.”

Giddey said the success of Ball and fellow NBL Next Star, R.J. Hampton allowed the Australian league to be broadcast on the international stage and show the worthiness of the competition in comparison to the NBA.

“Watching LaMelo and R.J. Hampton go through that same process and see how well their game translated from the NBL to the NBA gave me confidence going in that hopefully I can do something a little bit similar,” Giddey said.

“Lucky enough I did, I landed in a good spot and having LaMelo and R.J. with the attention they brought from America to Australia was big, and I was just lucky enough that the limelight was still on me at the time.

“They had so much attention on the league and it allowed me to go in there with lots of eyes on it so it was a good time for me to enter the league.”

NBL Commissioner Jeremy Loeliger said the league was thrilled that Giddey would take his basketball to the next level by living out his dream and entering the NBA.

“The entire NBL family congratulates Josh Giddey on being drafted by the Oklahoma City Thunder with the sixth selection,” Loeliger said. “This is the culmination of years of hard work from Josh and it is a day he and his family will never forget. Josh is a fantastic ambassador for Australian basketball and we have no doubt he will do us proud on the NBA stage.

“It is also a landmark day for Australian basketball and the NBL, as we further validate ourselves as a league that provides strong and legitimate pathways to the NBA. ”