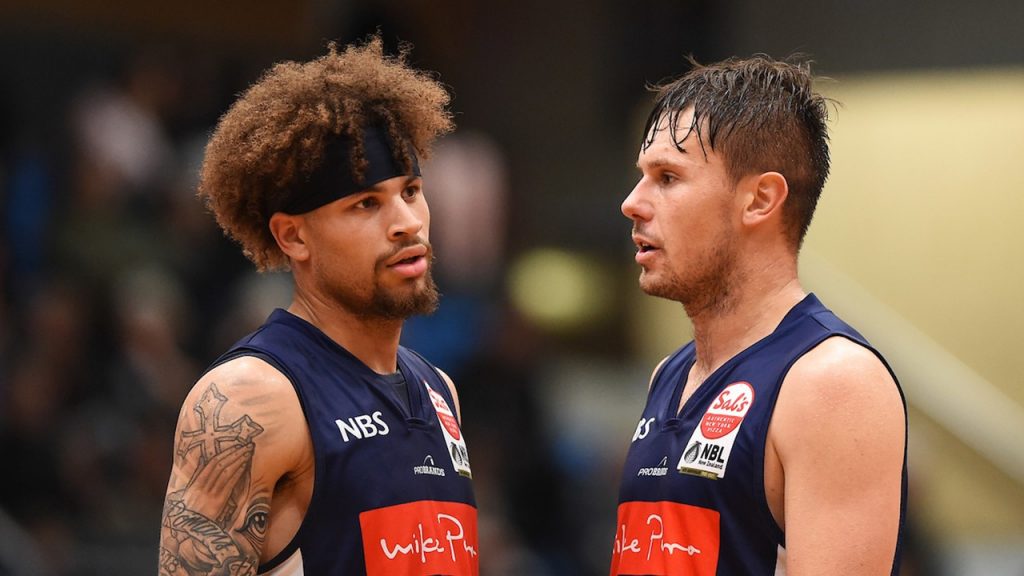 NELSON Giants reigned supreme in their clash against Franklin Bulls claiming a whopping 35-point win, 119-85. It was only the Giants’ sixth win of the season but it was a convincing one as they put the clamps on the seventh placed Bulls.

The intention of the Giants was clear from the opening jumpball of the game with Anzac Rissetto winning it and propelling it down court. Not only were the Giants hungry but they were also daring and willing to back themselves in from down town. Their confidence was sky-high nice and early and while it did not take long for the Bulls to answer the call, Nelson were always able to find a way to surge ahead. They skipped out to an eight-point lead midway through the opening term as they continued to build on that momentum. Things only got better and better for the Giants as the quarter went along with the likes of Nicolas Trathen and Hunter Hale combining to apply scoreboard pressure to blow the Bulls out of the water.

Heading into quarter time up by 14 points it is fair to say the Giants well and truly had the upper hand and did not look like letting up as they immediately added to the total. It was becoming all too much for the Franklin Bulls who simply had no answers in either defence or offence to stop the Giants who were firing on all cylinders. The lead ballooned out to as much as 19 points before the Bulls rallied to somewhat stem the bleeding, however that was only short lived. The third quarter continued much of the same with Nelson able to find easy avenue to the basket time after time while their defensive pressure limited the fluidity for the Bulls. The lead extended out to a whopping 32 points but that was just an indication of what was to come in what was a blistering final term of action. The Giants refused to take their foot off the pedal and managed to increase the lead to a winning total of 35 points.

Statistically speaking the two sides were incredibly close on the rebounding front with 43 and 42 apiece in favour of the Giants while when it came to assists it is no surprise that Nelson also had the upper hand with 22 compared to 13. Turnovers proved to be the main killer with Franklin amassing a whopping 19 while the Giants only coughed up possession four times.

The Giants had no shortage of players putting their hand up to lead the way throughout the clash with Trathen imposing himself. He topscored for the side with 24 points in only 20 minutes out on court. Trathen also managed to register two assists and three rebounds. Hot on his heels in a scoring sense was teammate Hale who slotted 23 points at 45 per cent from the field. He tried his luck from deep sinking three triples from nine attempts while he also reeled in five rebounds. Donte Ingram was among the best out on court for the Giants as he dropped 17 points, seven assists and five rebounds while the work of Samuel Dempster did not go unnoticed as he fell agonisingly short of a triple-double with 15 points, nine assists and 14 rebounds to his name. In his 100th game, Thomas Ingham was the only other player to hit double-digits for the Giants with 10 points.

It was a different story for the Bulls who did not share the same amount of depth but still had a couple of crucial cogs that were able to step up to the plate. Isaac Davidson proved to be a real menace producing 24 points, two assists and three rebounds in the loss. Denhym Brooke was also up there for the Bulls contributing 20 points at an impressive 80 per cent from the field while also accumulating four assists, eight rebounds and three blocks. Jaylen Gerrand and Manel Ayol both plied their trade sinking 15 and 10 points respectively in the loss with the latter also picking up six rebounds.