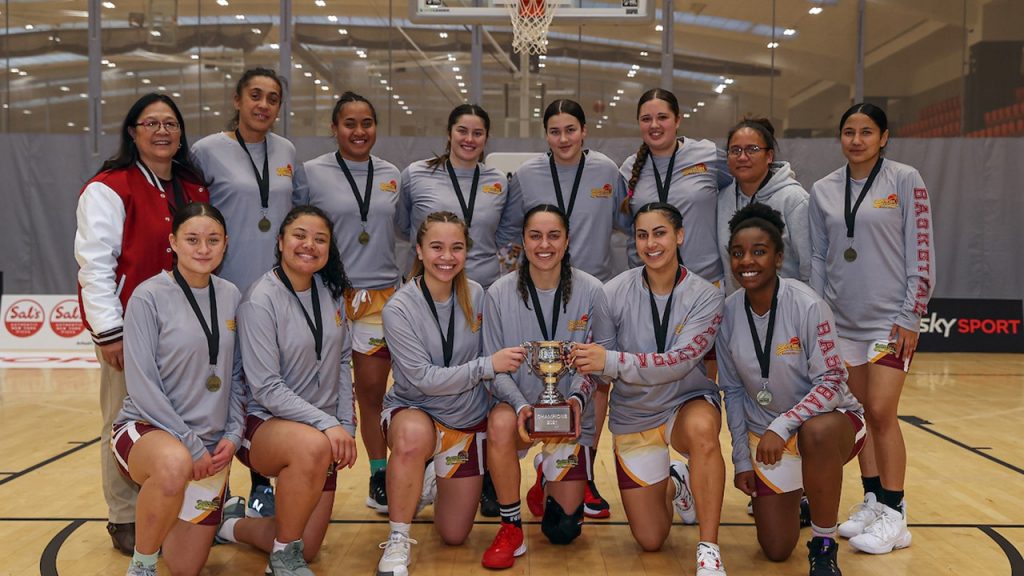 AFTER falling short in 2020, the Rotorua Geysers celebrated a memorable New Zealand National Basketball League (NZNBL) D-League title, cementing their spot in history with a 13-point win over Harbour Cyclones on Sunday afternoon. In what was a condensed, but entertaining tournament, the two best sides faced off in the 2021 NZNBL decider after they won their respective group matches.

The Geysers looked the stronger side throughout the D-League matches, defeating Harbour Zephyr (13 points), Capital Swish (seven) and Tauranga City Coasters (six). The Cyclones won their three matches by a combined seven points, winning against Northland Phoenix (three), Taranaki Thunder (two), and Auckland Dream (two). It was enough for both respective sides to reach the final match of the tournament at Pulman Arena.

The Cyclones started off the stronger of the sides in a competitive opening term, leading by three points at quarter time. The Geysers erupted through the second and third terms, piling on 48 points to 26 to go from a three-point deficit to a 19-point unassailable lead. Needing a miracle to get back into it, the Cyclones fought hard to win the final term 23-17, but it would not be enough as they went down by 13 points, 85-72.

Waiata Jennings came off the bench for the Geysers to knock down 27 points, and whilst none of her six attempts from deep hit the mark, she still managed 13 of 28 from the field for an efficiency of 46 per cent. She picked up eight rebounds and three steals to-boot, leading the way for her side. Awatea Leach (21 points, eight assists, five rebounds and four steals) and Kararaina Pene (18 points, five rebounds and two assists) were both busy, whilst Mufaro Mapengo notched up 10 rebounds.

In the third and fourth playoff, Auckland Dream dominated Tauranga on its way to a huge 107-59 win, piling on 23 or more points in every quarter, and winning each term by double-digits. Five Auckland Dream players managed double-figure points as they shared the load, led by the likes of Greissen Leslie (11 points, seven rebounds and three assists) and Mayako Taingahue (10 points, six rebounds and three assists). For the City Coasters, Melika Samia (13 points, four rebounds) and Sophie Rogers (12 points, eight rebounds) impressed.

Picking up fifth spot was Northland Phoenix who won in a tight six-point come-from-behind win over Capital Swish. The Phoenix trailed at each break, including two points at the last change, but scored 21-13 in the final term to win, 72-66. Sophy Tua-Martin put up 24 points and four rebounds, Kiama Tahere managed the 21 points and seven rebounds, while Mahina-A-Rangi Kukutai-Wairau finished with a double-double of 10 points, 11 rebounds and five assists. Jessica Slade was best-on despite being in a losing side, notching up 29 points, 11 rebounds and four assists, while Rachel Pike had a double-double of 13 points and 11 rebounds.

Meanwhile Taranaki Thunder avoided the last place spot with a win over Harbour Zephyr, 83-66. They led by eight points at half-time, but that quickly evaporated with a strong 25-17 term in favour of the Zephyr. Taranaki piled on the pressure in the last term to win the term 24-7 and run out 17-point victors. Teghan Omelvena-Ngatai (19 points, three rebounds) and Hannah Lee (19 points, four steals) had plenty of points for the winners, while Ramona Fuaivaa topscored for the Zephyr with 20 points, three rebounds, three steals and two assists, and Vitolia Tuilave picked up a double-double of 15 points and 10 rebounds.