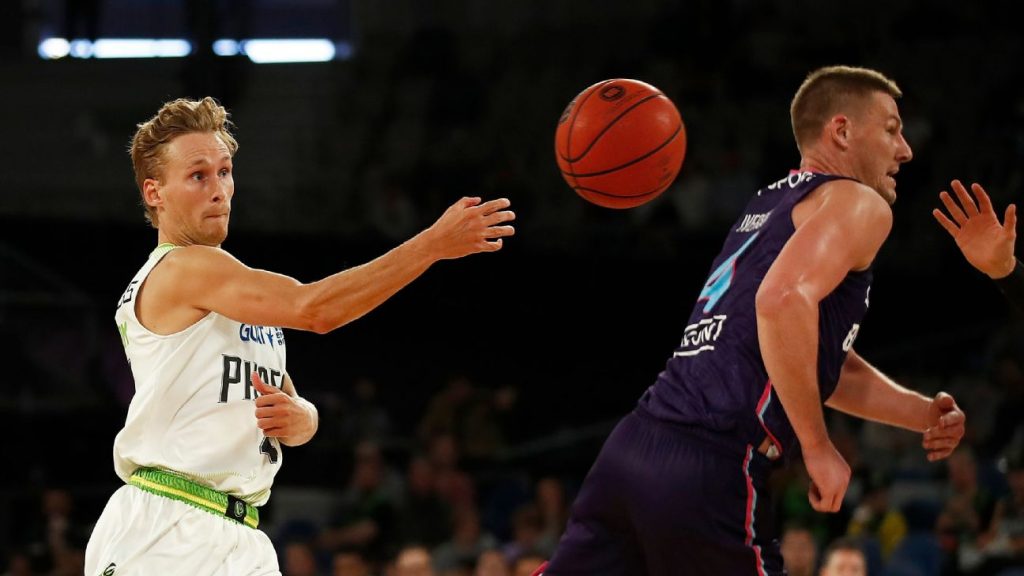 THE South East Melbourne Phoenix have won three in a row for the first time since the start of the season and have secured second place on the NBL Cup ladder after their 14-point victory over the New Zealand Breakers (103-89). Setting a franchise record of 63 per cent shooting from the field, they won all four quarters on the back of five players scoring double figures. An ominous sign for the competition with players like Keifer Sykes, Adam Gibson, Kendall Stephens, and Dane Pineau still to come back in.

Injuries have also affected the Breakers with Corey Webster, Rob Loe, and Lamar Patterson missing, while new signings in Jeremy Kendle and William McDowell-White are not yet available. Despite these absences on either side, both outfits have been playing some of their best basketball this season.

The first matchup between these sides in 13 months kicked off in an efficiently high-octane fashion with the Phoenix leading 29-23 at the first break.

The anticipated matchup of Finn Delany and Mitch Creek was ignited early with plays at both ends providing some quality basketball, but the work of Izayah Mauriohooho-Le’afa was what stood out in early proceedings. He drew two charges and dropped a pair of threes and has quickly become one of the biggest improvers during the NBL Cup.

The Phoenix did not take care of the ball as much as they would have liked, but 5-8 from deep which included a missed three-quarter court buzzer-beater was what gave them the edge. With each quarter giving South East Melbourne something to play for, they were reluctant to drop a point and managed to hold out the Breakers in the second to lead 53-46 at half time.

Delany was leading the charge for New Zealand as he made his way to 13 first-half points, but 13 from Ben Moore and 12 from Creek on perfect field shooting was pivotal to their edge in the game. Offensive efficiency was key in their lead, but they were still giving up the ball too much as coach Simon Mitchell pleaded with his troops to restrict their scoring from turnovers.

With the game still in the balance, the Breakers had to reverse their second-half history as they had only won one of their last nine.

Tai Webster was set on being the man to step up and knocked down two triples to start the third. On his next attacking foray, he committed an offensive foul and had to sit down with four fouls. From there, the Phoenix extended their lead with their attack on the paint. They would make shots inside or draw the foul or draw the defence and kick it to their shooters on the outside.

They led 78-65 at the final break but despite their lead, coach Mitchell was not happy and implored his team to think beyond just winning quarters but playing basketball that would take them deep into the season.

Mostly sloppy back and forth basketball in the final quarter did not see any significant change in the margin as South East Melbourne won the final quarter to give them the maximum seven points to put them outright second on the NBL Cup ladder. It was just the second time that a side won all four quarters and the game, with the other being New Zealand.

The Phoenix scored 48 points in the paint and tried to expose the undermanned Breakers line up inside. Thanks to 17 points from Moore, their bench outscored New Zealand’s by 19 points as they opted to go with a six-player rotation with just two other players playing six minutes or less.

Being notably undermanned themselves, Creek said his side did a fantastic job to finish second in the NBL Cup having had their “backs against the wall”.

“Guys out injured, guys stepping up, replacement players, Ryan [Broekhoff] coming in with 14 days of sitting on a couch essentially, so proud of the guys and what they’ve been able to achieve,” he said. “We’ve all gone through a lot of adversity to be here, it’s nice to get a bit of prize money that’s fantastic, the beers will taste good tonight, but we’ve got to get back into it”.

The Phoenix look ahead to the 36ers on Saturday having pushed their way into outright fourth, while the Breakers will face the Bullets on the same night.