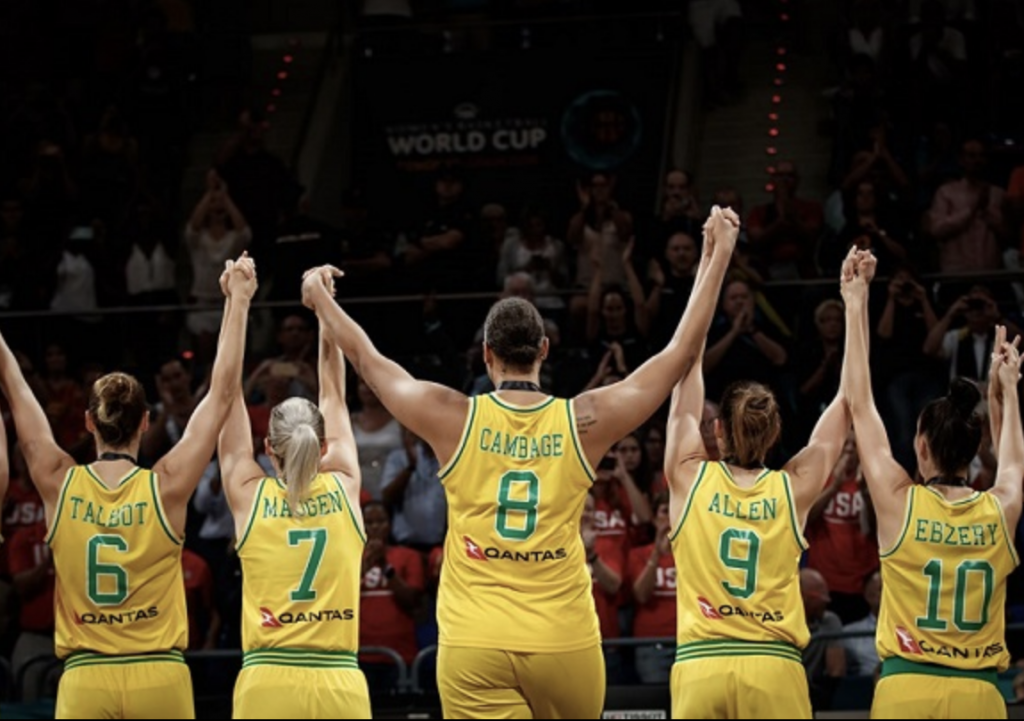 ANNOUNCED on Monday morning, Basketball Australia extended their list of Australian Opal players in preparation for the Tokyo 2020 Olympics, Asia Cup Qualifiers and Asia Cup. As the FIBA Qualification period fast approaches (November 8-16), it is still hazy whether the qualifiers for the Asia Cup will go ahead, given the ongoing COVID-19 pandemic.

The first of four new additions to the roster is 18-year-old newly signed Townsville Fire guard, Shyla Heal – daughter of NBL legend Shane Heal. The Heal family has tasted plenty of success on the international stage with Shane representing Australia in four different Olympic Games (1992, 1996, 2000, and 2004). For Heal however, she is now in a position to fight for that honour herself, joining the senior national team after a productive season with the Bendigo Spirit, averaging 12.1 points and over four rebounds. Heal’s progression during the campaign would see Head Coach Tracy York increase her workload tremendously. By the end of last season, Heal completed games with more than 27 minutes under her belt, becoming one of Bendigo’s top-performers at the conclusion of WNBL20.

Heal joins the Opals squad knowing a few familiar faces, lining up alongside former roommate and Bendigo teammate, Tessa Lavey. Additionally, Zitina Aokuso and Lauren Nicholson, who will suit up for Townsville next season with Heal, also made the original squad.

The second of four new additions Brondello and her staff felt obliged to place into their squad is 22-year-old and two-time WNBL champion, Maddison Rocci, of the University of Canberra Capitals.

In a recent interview with Draft Central, Rocci indicated that the goal of being selected to the national team was already on the cards but remained reserved in whether or not it would happen so soon.

“It’s obviously a dream becoming an Opal one day, whether it is any time soon or in the near future, it has always been a massive goal of mine and to represent my country at the Olympic Games,” Rocci said.

That dream became a step closer to reality for Rocci, after being selected in the final pool of players vying for a position in the finalised squad. Rocci had an outstanding performance in last season’s WNBL competition, which ultimately led to Canberra’s second title in as many years. Rocci, who for the first time in her career, earned the right to be a consistent starter for her team under the guidance of Paul Goriss, consistently played 30-plus minutes each time out. This included a 37-minute performance in Canberra’s title-clinching win over the Southside Flyers.

Individually, Rocci’s season could be categorised as a productive one, averaging nine points a game, alongside 2.3 assists and 2.3 rebounds as well. Canberra’s shooting-guard was consistent from the field, maintaining a 40 per cent shooting efficiency, which also included a three-point-shot clip of 36.1 per cent, making her one of the most reliable three-point shooters across the league.

Other Capitals’ selectees for the National Squad include their co-captains and WNBL veterans, Marianna Tolo and Kelsey Griffin, both of whom re-signed with the defending champs for next season’s three-peat bid.

The remaining two inclusions for the Opals are collegiate superstars in Victorian-born Jaz Shelley (University of Oregon) and Queensland-born Tiana Mangakahia (Syracuse University).

For Shelley going into her sophomore season with the Fighting Ducks, it was nothing short of a success with the Pac-12 side in her freshman year. She broke the program record for most three-pointers in a single game (10) and became the first freshman at Oregon to accumulate 30 points in a single-game since the 2013-14 college season. Shelley earned a Pac-12 All-Freshman Honourable Mention to conclude her opening season of collegiate play.

The 20-year-old has represented Australia on numerous occasions, participating in the 2017 U19 Women’s World Cup and the 2016 FIBA U17 World Championships, where for the first time in the nation’s history they won gold in the tournament.

Looking to the East Coast, Syracuse senior and AP All-America Honourable Mention nominee Mangakahia has earned her first National Squad selection after two terrific seasons with the Orange in New York, capped off by a record-breaking campaign in her Junior year.

Following a long list of accolades, such as being named to the All-ACC First Team, Syracuse Female Player of the Year, breaking the program record for All-Time assists (591) and becoming the fastest player in Syracuse history to reach 1,000 points, Mangakahia still has a season to play for the Orange in her Senior year. How that will take shape due to COVID-19, no one yet knows.

With many more accomplishments still yet to be talked about, it made total sense that Brondello included Mangakahia in the Opals’ preliminary squad. The 25-year-old has represented Australia in the U16, U18 and U19 age brackets in the past, but has never been selected to the Senior National Squad until now, despite attending a Team Camp in April of last year.

The full list of selected Opals can be found – HERE