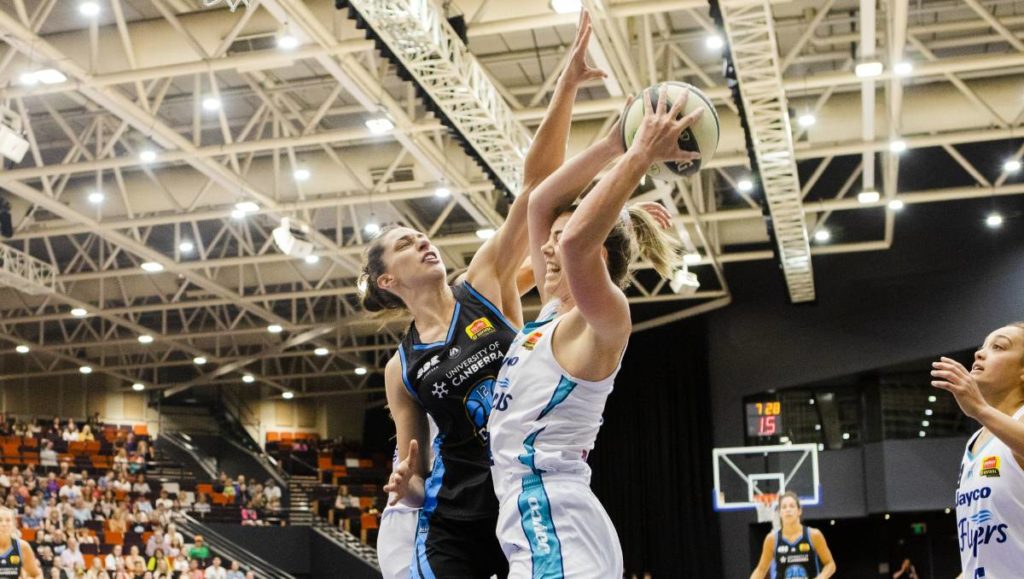 GAME One at Dandenong Stadium cannot come quick enough as the teams who finished first and second on the ladder, UC Capitals and the Southside Flyers, finally square off in the 2019/20 Women’s National Basketball League (WNBL) Grand Final.

The Flyers’ captain Jenna O’Hea makes her anticipated return to the floor after breaking her wrist in early January. Only the Flyers staff know whether the – not only team captain but national captain – is ready to imprint her dominance over the next three games or if she has been rushed back too soon. While this will confuse the opposition’s coaching staff, the fact that she has been out for so long might muddle up the Flyers’ current chemistry. All will be revealed in the first game just like how Leilani Mitchell, the former championship point guard for the Capitals, now playing for the Flyers, will cope taking on her former teammates on the biggest stage. The Flyers look to make history in their attempt to win a grand final in only their first year, while the Capitals, who won two of the last three contests against the Flyers, are hoping to become back to back champions. With so much to be learned in the first game, only one thing is certain, this series will not disappoint.

The UC Capitals’ top-end talent as a strength but have had less depth cycle through at times, only playing seven players in their last game against Boomers, with five players playing over 30 minutes. The playoffs being extremely intense games from start to finish, with very little rest between games, is why depth is so crucial. Not only so that players can perform well, but on a more serious note, not get injured. The Capitals struggled to shoot from three, maybe a factor of their tiredness, so do not be surprised if the Flyers run a zone, possibly in the second half, to force the worn out Capitals to test their luck from long range, something they are not very confident in doing as they are dead last in three-point percentage. Then when the Flyers have possession, run fast paced transition offence, keeping the Capitals always on the move. A thrilling back and forth to look out for will be between dynamic French point guard Olivia Epoupa, up against former Capitals star, Mitchell. Some are speculating that going up against all these familiar faces might throw Mitchell off her game, considering it is a grand final. However judging from her last performance against the Capitals, where she led her team in assists and was second in scoring, she looks like she will be just fine.

The one time this season the Capitals lost to the Flyers was because of mediocre free-throw shooting. If they shoot poorly from the free throw line again, they can lose again. Being that it is more than common that players shoot less accurately from the line in a grand final, this is something the Capitals must address, though the mere presence of the 2019 finals MVP, Kelsey Griffith on your side may calm some nerves. The Capitals were able to secure the victory in their last matchup from an incredible amount of points from turnovers, a fact that the Flyers are surely aware of. However the difference between a grand final and a regular season match is massive, the stakes are increased, the intensity is increased and hence the clumsy mistakes are increased. Conversely, having a point guard in Epoupa, playing in the biggest game of her entire career, might lead to some blunders for the Capitals, especially early in the game. The Capitals are going to try and do what they do best which is attack the paint with their bigs like Griffith and Marianna Tolo. Tolo will be up for a real challenge as she will be facing Defensive Player of the Year Mercedes Russell in what will certainly be an epic clash, however the veteran Tolo is coming off a fiery game leading her team in scoring with 20 and 12 of which came in just the third quarter last match.

Considering the Capitals have had a decent amount of rest, even with travelling all the way from Cairns, it could just tip them to secure game one. Most of the team is experienced, as they not only went to the grand final last year but won it, and that type of previous exposure to playing in big games always plays a huge factor early in a series. In reality, this could go down either way, as the Flyers might just have a secret, well-rested weapon in O’Hea, ready to explode on an unsettled defence at home. Anticipate this game to go straight down to the wire.