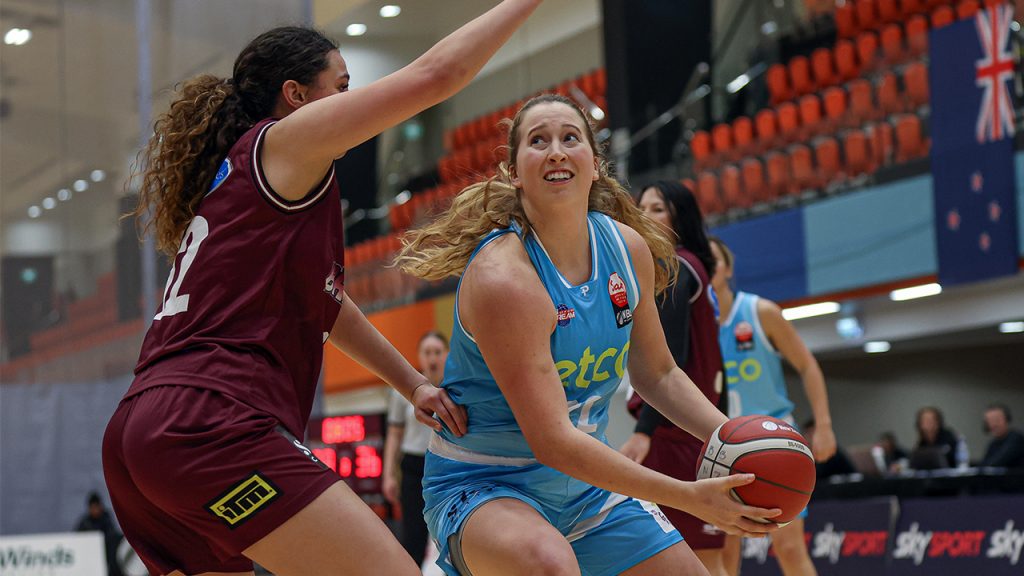 IN a battle between opening match losers, Auckland Dream has delivered another blow to reigning premier Harbour Breeze’s chances of going back-to-back with a come-from-behind nine-point win in last night’s New Zealand National Basketball League (NZNBL) contest. The Dream suffered a forgettable loss on opening night to Waikato Wizards, as the Breeze went down in overtime the night before to Canterbury Wildcats. Despite the Breeze leading in the first two quarter breaks, a dominant third term saw the Dream wake up and storm to an impressive 82-73 victory.

Both teams were up for the fight in what looked to be an evenly poised match in the first half. The Breeze and Dream traded blows throughout the opening term, as five lead changes saw the Breeze take a narrow two-point lead into quarter time. They got out to as much as five points early in the second term, but it indicated just how close the contest was, as the Dream hit the front late, before some baskets on the eve of half-time handed the Breeze a 35-32 lead.

It was the third term that really broke open the game as the Dream found their groove and built serious momentum for as much as a 12-point lead – a 15-point swing since half-time – before the Breeze managed to cut back some of the damage to reduce the deficit to eight at the final break. A 22-21 final term saw the Dream hold on to that lead, and whilst the Breeze did cut it back to within striking distance – four points – towards the end of the match, the Dream held firm to record their third victory.

The Dream shot at a higher clip of 44 to 38 per cent, but it was the Dream’s work inside the arc – in particular the paint – that was the difference, with a 57 per cent efficiency from two-point range and 48 points in the paint, to the Breeze’s 38 per cent and 20 points. Auckland could still improve from beyond the arc with just two of 18 dropping, which kept the Breeze in it, who shot eight of 20 for a higher efficiency of 40 per cent. The Breeze also scored more points from turnovers (20-19) and off the bench (31-17), but the Dream were well ahead in rebounds (45-34) and led in steals (14-10) and second chance points (14-10).

Esra McGoldrick picked up a double-double of 14 points, 10 rebounds, three steals and two blocks in an all-round strong performance, teaming up with captain Sharne Robati (17 points, five rebounds) and match Most Valuable Player (MVP) Amanda Wayment (17 points, eight rebounds and six steals) who both shared the team-high score. Olivia Berry had another strong effort with 15 points, whilst Casyn Buchman came off the bench to deliver eight points, four rebounds and four assists.

The Dream will look to back up their win with a clash against Canterbury Wildcats tonight, with the Wildcats looking to remain undefeated in season 2021, whilst the Breeze step out on court on Thursday night against the struggling Otago Gold Rush who have suffered two defeats themselves, but much larger than the Breeze’s back-to-back losses.