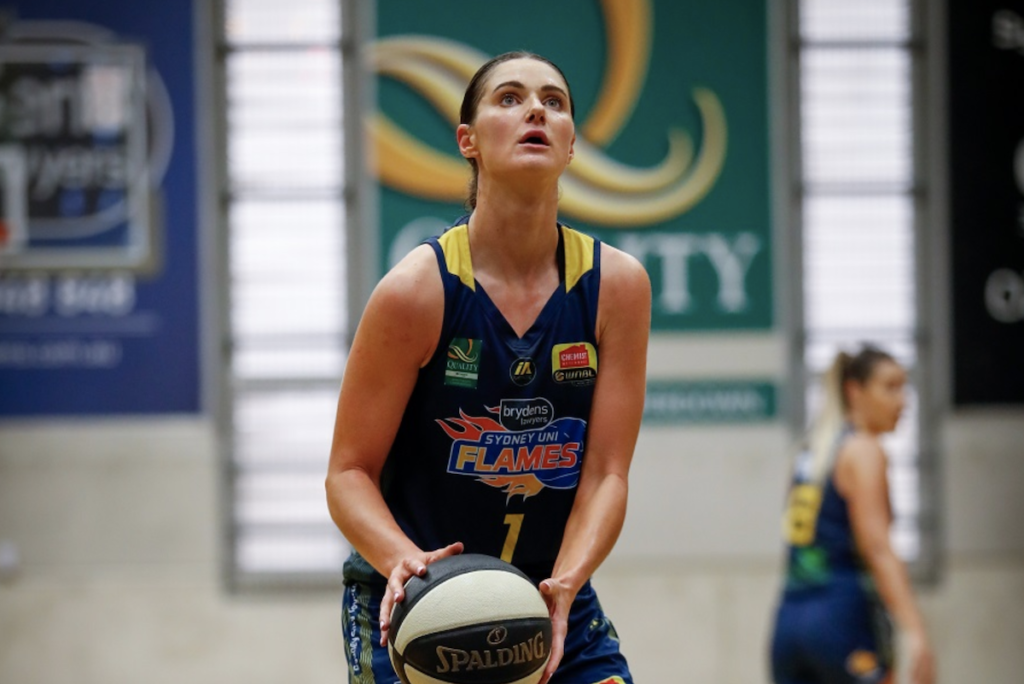 WHILE the Sydney Uni Flames had many bumps in the road on the way to their seven-win and 14-loss season record in the Women’s National Basketball League (WNBL), there were many positives that could be drawn upon. One of those was Alice Kunek‘s season who comes in at number nine in Draft Central’s Top 10 WNBL players of the season.

Despite missing four games due to an elbow injury sustained at the end of the season, Kunek still established herself as one of the league’s most proficient scorers. Kunek came into the season off four games with Eltham Wildcats in the NBL1 competition where she racked up 22 points, eight rebounds and almost five assists per game. By the end of the WNBL season, she was ranked second amongst the top point-getters, averaging 18.9 points per game (trailing only Kia Nurse). Opening up her season with a 16-point, six assist and three-rebound night against the Lightning, it was evident early on that Kunek would provide a significant amount of production with the rest of the season to come.

Her team as a whole found it difficult to pick up the slack, as the Flames would win just two games in their opening seven contests of the season, setting the scene for form that would ensue for the rest of the season. Kunek, who has in the past been selected to represent the Opals, relied heavily on her experience to help her squad where she could. She dropped 20 or more points on eight different occasions, most noticeably the 30 points she gathered in her final game of the season, where she also picked up six rebounds and two steals.

Another aspect of the 29-year-old, that was constantly awing spectators, was her determination and endurance. With Kunek playing 35 minutes or more night in and night out, she would amass amongst the biggest amount of court time over the course of the campaign, again, ranking second in the category of total minutes, averaging 35.7 per contest. Currently, with Kunek’s foreseeable future still unclear as she approaches the end of her elbow’s rehab, whether the Tokyo 2020 Olympics will go ahead or not – now in 2021 – remains undetermined.

However, we do know that Kunek will be looking to help her side improve on this past season’s results, when the WNBL 2020/21 season gets underway. Following the conclusion of the Flames’ season, Kunek had the honour of being awarded the club’s Most Valuable Player and was lucky enough to receive an All-WNBL Second Team nomination.