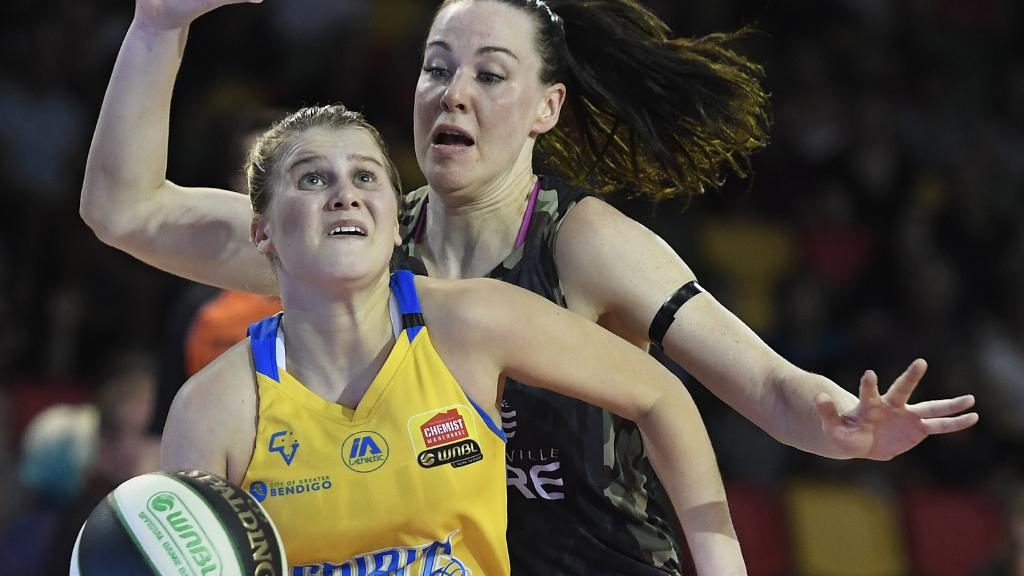 WITH no basketball on for the foreseeable future due to the COVID-19 pandemic, we look at the brighter side of the sport that brought plenty of memories throughout the 2019/20 Women’s National Basketball League (WNBL) season. Over the next couple of weeks we will countdown Draft Central‘s Top 10 memorable moments from the season. Some are individual events, others are season views, and even a couple are decisions that panned out for the better. Today we continue with number nine, an upset in the final round of the season that meant a lot to the competition’s last placed side.

It took until the final round of the year, but Bendigo Spirit finished the 2019/20 WNBL season on a high with a victory against Townsville Fire. Up until that point, Bendigo had not won a road trip all season, and indeed the last victory when travelling was November 18, 2018 when the Spirit triumphed over 2018/19 WNBL wooden spooners, Sydney Uni. That day the team was different, with Natalie Hurst and Rebecca Tobin combining for 11 points each in a low-scoring team effort during the 67-55 victory. This season, Hurst had moved on and Tobin only managed the seven games. Instead it was Carley Ernst leading the way with the forward picking up a double double in the Spirit’s win over Townsville Fire on February 1, some 441 days later.

Ernst led all the major statistical areas, picking up team-highs in points (26), rebounds (10), assists (seven) and steals (two) to spur her team onto victory. Tessa Lavey picked up an equal team-high seven assists to go with 21 points and four rebounds, while former Perth Lynx young gun, Shyla Heal had 14 points, five rebounds and five assists in the win. To show just how much the Spirit had changed in that 15-month period, Abigail Wehrung was the only player to be on court for both away wins. In 2018, she had nine points, three rebounds, three assists and two blocks, while in the most recent victory, she had five points, five rebounds, two assists and one block, but was far more accurate with her field goal percentage. Whilst in the scheme of the season, Bendigo still finished on the bottom of he table and Townsville escaped the wooden spoon, it was a nice way for the Spirit to finish off the season. Credit has to be given to Christina Boag in the loss though, with the Fire talent picking up 22 points, 15 rebounds, three assists, two steals and two blocks in a clear standout performance for her side. Both teams will be looking to rise up the ladder in the 2020/21 season.