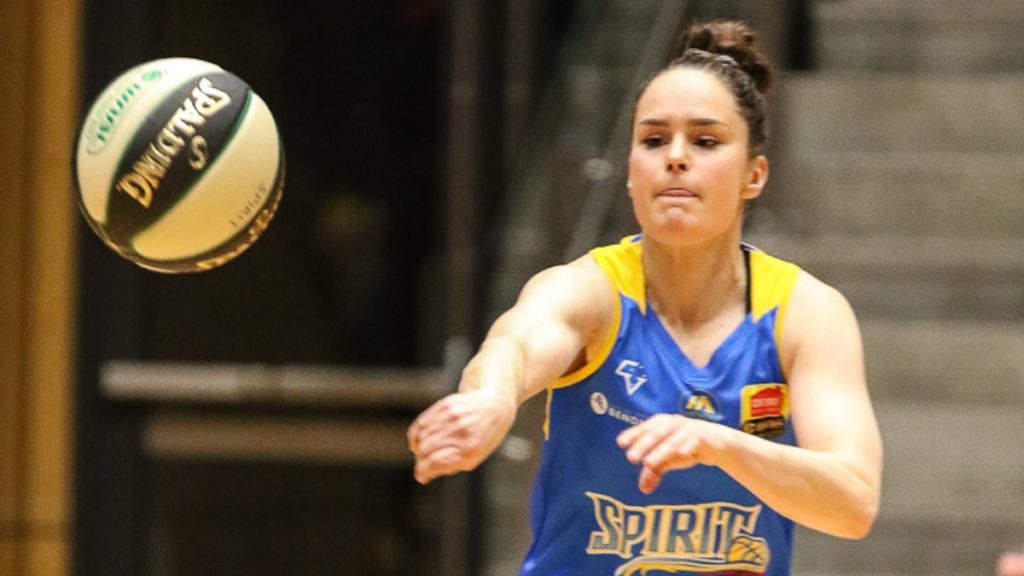 WITH no basketball on for the foreseeable future due to the COVID-19 pandemic, we look at the brighter side of the sport that brought plenty of memories throughout the 2019/20 Women’s National Basketball League (WNBL) season. Over the next couple of weeks we will countdown Draft Central‘s Top 10 memorable moments from the season. Some are individual events, others are season views, and even a couple are decisions that panned out for the better. Today we continue with number two, which saw the all-time WNBL games record broken by Bendigo Spirit’s Kelly Wilson as she notched up 395 games.

It is very rare in an ever-evolving basketball landscape that individual games records are broken, but that is exactly what happened with Bendigo Spirit’s Wilson in January. The well travelled veteran played her 395th WNBL game against Perth Lynx in the final game of the season. Having made her debut back in 2002, Wilson has represented five different clubs – two clubs twice – and won four WNBL Championships as well as the WNBL Rookie of the Year way back in 2003. She has claimed gold medals at the Oceania Championships in 2013 and 20015, as well as one back at the World University Games.

Wilson’s career started at the Australian Institute of Sport (AID) back in the WNBL in 2002, at the age of 17. She spent a season there and won the Rookie of the Year award before crossing to the Sydney Uni Flames where she spent two seasons. Another three-year stint at Townsville Fire before heading home to Bendigo Spirit where she spent the majority of her career from 2008-2016. There, she won back-to-back titles before returning to Townsville for a couple of seasons – winning a title in 2017/18 – before moving to UC Capitals in the 2018/19 season where she claimed her own individual back-to-back titles to make it four all up. With the games record in her sights if she could remain healthy in 2019/20, it was fitting that Wilson crossed back to the Spirit where she played for eight seasons.

In 2019/20, Wilson averaged 8.4 points, 4.1 rebounds, 5.8 assists and 1.3 steals per game, and whilst her side ended up finishing on the bottom of the table, it was a memorable record-breaking finale to the season. In the NBL1 season with the Bendigo Braves, Wilson showed she is just as damaging as ver, putting up numbers of 19.3 points, 19.5 assists, 6.4 rebounds and 2.0 steals per match in a huge year winning the NBL1 Most Valuable Player (MVP) and making the All-Star Five. Now 35-years-old there is hope for plenty more basketball left in the Spirit star.