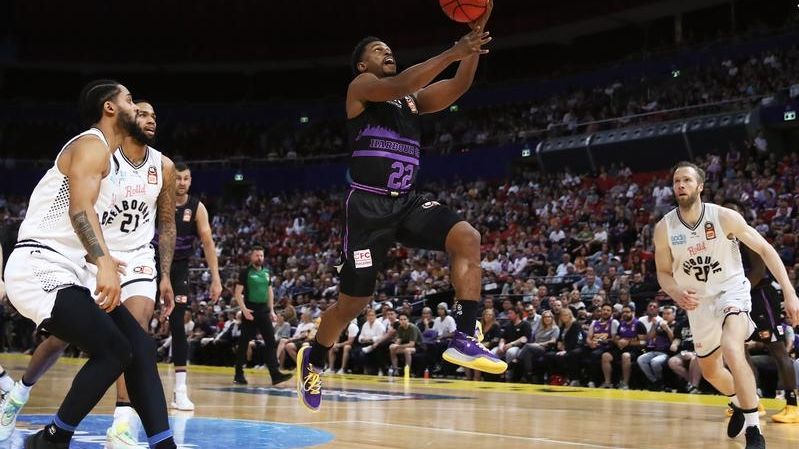 WHEN you go up against your former team, former friends and most importantly against your replacement, it is not just another game in a long season. Instead it is an opportunity; a chance to prove to your old fans and new fans what you bring to the table away from the system that fostered your talent. Away from the coaching staff and teammates that helped put your career in a position to succeed. It is either a win or lose situation, and is similar to going all-in on the roulette table. If you do well, you are praised and admired by peers and fans, but if you go poorly, your value plummets, as all your past accomplishments get washed out by a singular event. For Casper Ware, his first meeting against Melbourne United as a rival Sydney Kings player came in early November. He was met with loud boos and would walk out defeated, losing the game by just three points. Disappointing as it was, the real day of reckoning would arrive in the next few clashes as Sydney would down Melbourne for the remainder of the regular season, coming off insanely prolific performances from Ware.

Playing great against your former team is memorable. Doing it back-to-back is incredible. Being by far the best player on the court for three consecutive wins is spectacular. But when you do it four times running, it goes beyond epic, it is a statement. United fans must bitterly regret ever booing Ware in that preseason game, because for whatever reason, that lit a match in Ware that would set fire to United all season long. It’s not just that he was a part of the winning team, it’s that he was the reason the team won in the first place. But in every single match. After coming out of the gates with 34 points, then 27, then 28, the narrative of Ware torching his old team grew stronger and stronger all year. So when the two teams, both confident that they would be seeing each other in the finals, faced each other for the last game of the series, Melbourne knew a victory was essential.

If Ware was able to come into the arena where his NBL career started, in front of the loudest, most heckling crowd in the NBL and win the fourth game of the regular season, it would cement his legacy in Sydney. That’s when Ware had one of the most efficient nights of his career, setting a career-high eight three-pointers, to end the contest with 26 points in a blow out 106-88 win.