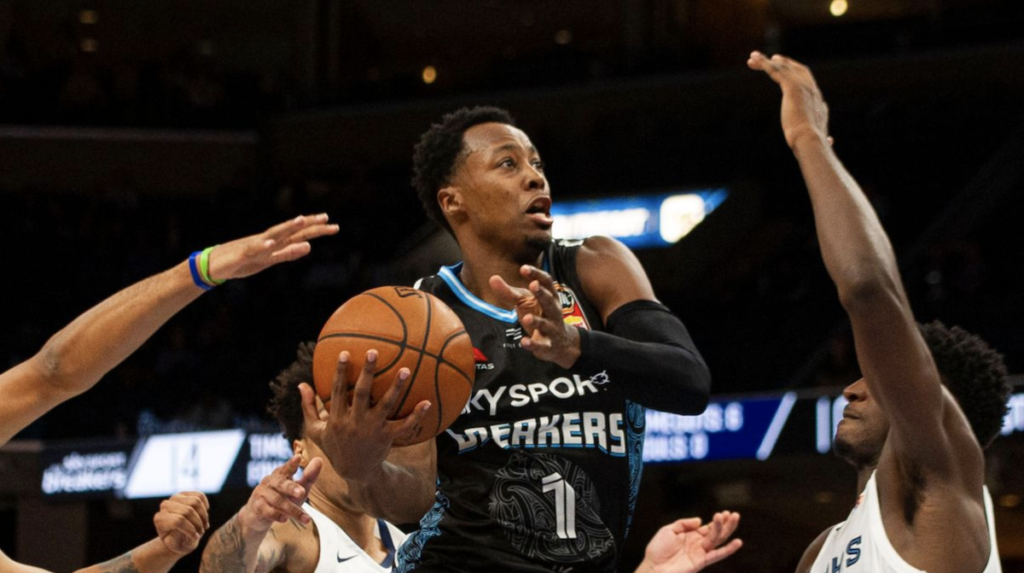 WHEN it comes to some of the most under-recognised players in the National Basketball League (NBL), Scotty Hopson’s name might spring to mind. This comes hot off the heels of two major snubs at this season’s NBL Awards night. Hopson who averaged 19.1 points per game (ninth overall), 5.8 rebounds (third amongst small forwards) and 4.7 assists (fifth overall), was denied an All-NBL First Team selection and failed to qualify for the top three in this season’s NBL MVP tally.

Despite missing out on seven games this season due to injury, Hopson still proved to be a constant contributor to New Zealand’s offence. From his first game of the season, Hopson made sure he would become an integral part of this season’s Breakers side, piling on 27 points, seven rebounds and three assists against the Kings in Round 1 to kick off the season, despite losing the contest. But this performance would set the tone for the import’s debut season in NZ. With the forward missing out on all of November with injury, Hopson’s return come December marked the start of the beginning of the Breakers’ resurgence in the second half of the season. Upon his return in Round 13 against the Brisbane Bullets, Hopson would again provide all-around contributions to the rest of his squad, with a quiet 14 points and six rebounds to help secure the 96-85 victory. However, it was not until a week later that the former-Oklahoma City G-League prospect had his coming out party, as he dominated at both ends with 24 points, nine rebounds and three assists against a struggling Phoenix outfit. During this collection of games, New Zealand conducted some of the best runs of form in the franchise’s history. With Hopson on the floor from Round 10 to the end of the season, the Breakers’ record would stand at 12 wins and just four losses, proving just how much of an effect the Kentucky-born baller had on the side. Finishing the season the way he started, Hopson’s 23 point, 10 rebound and five assist double-double capped off a very successful season for Dan Shamir’s side, and if the dominos had fallen a different way in regards to the mid-table teams, the Breakers could have faced off with the Sydney Kings in the semi-finals instead of Melbourne United.

While Breakers’ fans everywhere would love Hopson to make a return to the NBL 2020-21 season, the 30-year-old still has plans for the NBA, returning back to the NBA G-League’s Oklahoma City Blue continuing to play back in the States. In a conversation with News Hub NZ, the Breakers’ club MVP said that whether he is to return to the Breakers for the upcoming season is to be decided at the conclusion of the G-League campaign. “When that season [G-League] is over, I will evaluate all possible opportunities in the NBA, as well as the Breakers.” Hopson’s position as third in Draft Central’s top 10 is well-earned and if he is to return next season, the Breakers should settle for nothing less than a finals appearance in 2021.