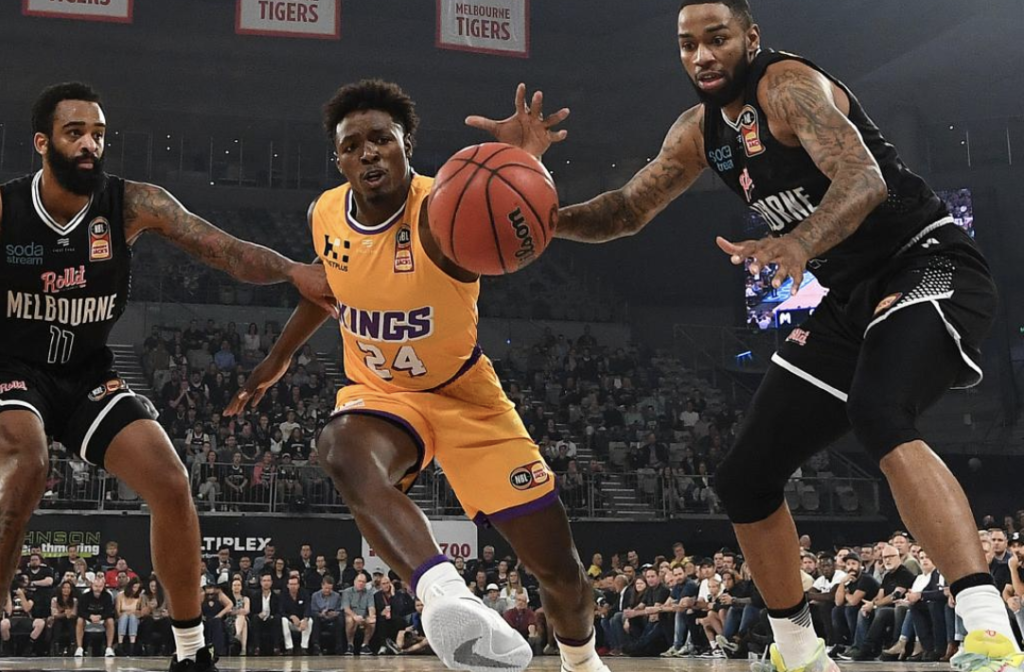 FOLLOWING an incredible season in the National Basketball League (NBL), Draft Central has compiled a list of ten exemplary individuals that performed at an elite level consistently throughout the 20 rounds of NBL20. Here are the first half of our selections, with the final five still to come.

It is rather rare for a player as young as 21-year-old Will Magnay to crack any top 10 in a professional league of any sport. Yet Magnay has turned countless heads this season, which in turn has drastically developed the young centre’s prospects. When one looks at Magnay’s season statistics, nothing pops out instantly when it comes to the youngster’s offensive numbers. But defensively, it’s an entirely different ballgame, as Brisbane’s big man would go on to rank amongst the league’s top 20 in rebounds (six rebounds per game) and lead the competition in shot blocking by more than half a block (2.15 per game). On only three occasions throughout the NBL 20 season, would the 208cm Magnay go an entire game without a swat, also he would amount three blocks or more in seven different contests in what was a dominant season for the five man. Lastly, he would also collect an almost unprecedented seven blocks against the Phoenix, in the side’s final push to the finals and break an NBL record for most blocks in a two-game span with 13. But, for Magnay he would also be recognised for his season efforts as he was awarded at this season’s NBL Awards as the League’s Most Improved Player. More importantly though, Magnay would rank second in the competition’s Defensive Player of the Year Award, trailing only Dj Newbill in the votes tally. An impactful and surprising season by the Bullet was enough to crack this season’s top 10.

The NBL 2020 Champion Perth Wildcats had many cogs in the machine that helped secure their fourth title in five years and fifth in seven. But, for the last two seasons in particular, Kay, has been the backbone for Perth’s play at both ends of the court. While Kay does not impose any ridiculous athleticism compared to other frontcourt players, the man’s diligence and effectiveness for 40 straight minutes is almost unparalleled, as Kay would again shoot over 50 per cent from the field for his fifth consecutive season. In addition, the 206cm big would average an all-around 15-point, three-assist and seven and a half-rebound stat-line for 2020, showcasing his ability to produce in all facets of a game. The Boomer selectee would obtain seven double-doubles throughout the season, including three straight games in early-December securing over ten points and ten rebounds. Although Kay would perform at an elite level, this run of form would carry over into the playoffs, with the Wildcats starter averaging 19 points per game in their semi-final series against the Taipans, and 20.3 points in the grand final series against the Kings. All in all, the 27-year-old would put away another productive season under the guidance of Trevor Gleeson, earning himself a second All-NBL First Team selection (second straight year) and earning the ninth seed in Draft Central‘s top 10.

One of the NBL’s greatest scoring guards, Jerome Randle continued his legacy of producing points at an exemplary level. Finishing fifth amongst the league leaders in scoring and averaging 19.75 points per contest, Randle took the majority of the 36ers offensive attempts through 20 rounds and for good reason, as the fifth-year Chicagoan import was good for 45 per cent of his shots. With Randle being aided by the likes of Daniel Johnson and Eric Griffin, he would also facilitate 4.5 assists every outing. Randle’s hustle also ventured outside his usual roles as point guard averaging more than three rebounds a game, was up there with the season’s best rebounding point men.  Randle went 26 games with double-digit performances until the 27th game where he would manage only nine points against the Taipans, which was followed by seven against the Wildcats the next time out to end the season. While Randle would not be selected to either of the All-NBL Teams to encapsulate the season, he would crack 20 points in 15 different encounters which puts him in this season’s eighth slot. But with Adelaide turning over a new chapter with the resignation of Joey Wright, the 36ers new identity come 2021 may prove fruitful for Randle and his team.

Perhaps the NBL’s most dominant force and most powerful individual across all nine sides, Shawn Long sampled why he is known as “Mr. Double-Double”. From the get-go, Long earned six double-doubles in his first seven match-ups, but results were not falling Melbourne United’s way early on. But following a 1-4 start, United strung together six straight victories to become a title contender towards the end of the year. With Long’s numbers coming in droves, the Louisiana-born centre accumulated 14 double-doubles to conclude the season, securing himself as the league’s leading rebounder with an average of 9.43. Despite United’s eventual series loss to the Kings in the semis, Long continued to average high numbers, averaging 22 points and 10.3 rebounds through the three games. With these kinds of performances at such a consistent rate for such a long period of time, it is hard to fathom the 27-year-old was not recognised more for his efforts this season. Nevertheless, he makes the cut for seventh on our list.

To round out the first half of Draft Central’s Top 10, number six is credited to the Sydney Kings’ most consistent producer throughout the entire season, Jae’Sean Tate. In his debut season in the NBL, following a brief stint in Belgium, Tate made it known that he could run with the big boys, and standing at 193cm and weighing 104kg, he certainly looked the part. Maintaining a high level of production in any league is an arduous task for most seasoned veterans, but Tate took the responsibility head on, as he scored double digits in 27 of his 28 games. This proved beneficial to the Kings, when their marquee point guard Casper Ware could not find his shooting stroke. Tate’s 16.4 points per game was a benchmark that he would constantly find a way to match, as his side would go from Round 1 to 20 at the top of the standings, the first time in NBL history for a team to do so. Given his 66 per cent shooting from the field during the regular season, the small forward from Ohio was pulling out all the stops in his quest for some championship hardware, averaging 18.6 points in the playoffs alongside five and half rebounds to match it. With the Kings going down in the finals to the Wildcats, it was not all doom and gloom for Tate, as he would earn an All-NBL First Team selection in his first year of play down-under. A task that very few have been able to complete, thus earning him the sixth spot of the top 10.