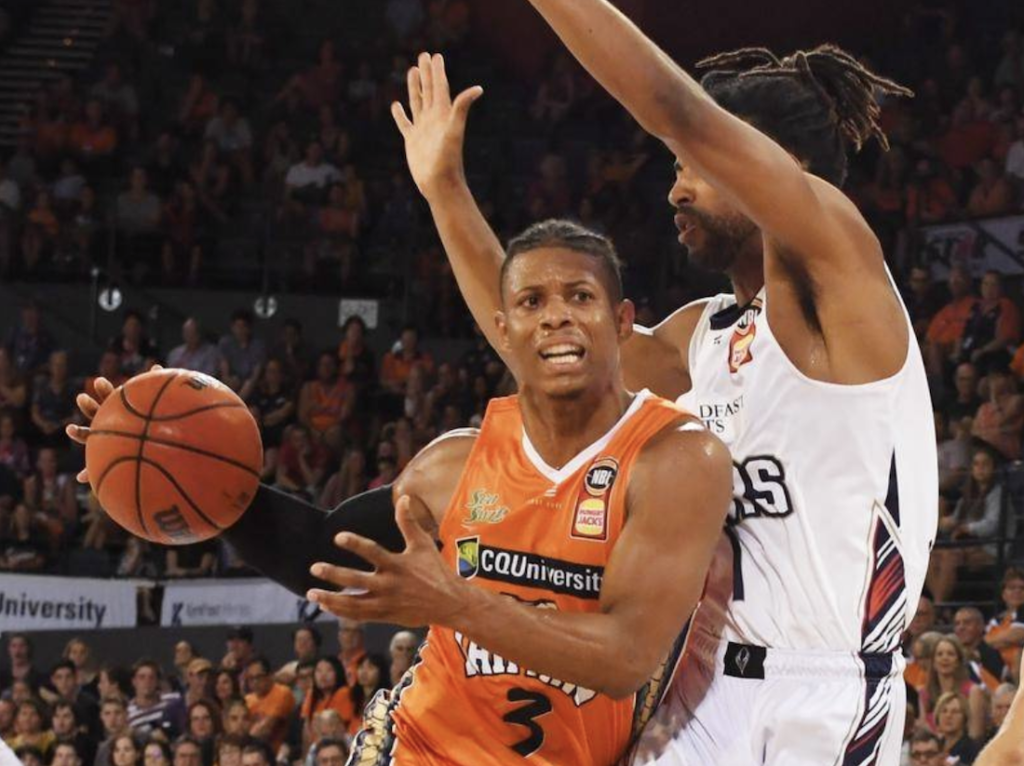 THIS season’s main facilitator and the second Cairns Taipans player in Draft Central’s top 10, Scott Machado takes out second spot on the countdown after an impressive 2019/20 campaign. His journey goes all the way back prior to the season’s opening tip, following the signing of Cameron Oliver to bolster the Taipans’ frontcourt. Mike Kelly and his coaching staff were in need of someone to control the flow of games and elevate the offensive performances of those on the floor at any given time. The decision was Machado, who was signed with the Los Angeles Lakers G-League affiliate, the South Bay Lakers at the time. The signing would strengthen Cairns’ backcourt, as Machado would go shoulder-to-shoulder with DJ Newbill, who was a part of the Cairns’ side that went 6-22 the season prior and was eager to make this time round a very different story.

Despite Cairns’ good intentions, they lost their opening three encounters, but a hard fought 99-76 blowout win against the Wildcats got the ball rolling for the Taipans. Machado’s 18 points, seven assists and five rebounds were a significant factor in that game. Falling to 2-6 after a debilitating loss to the Illawarra Hawks in Round 6, the Taipans faced a crossroads on whether this season would turn out similar to last, or if they were to change the way they conducted themselves on the court and start to climb the standings. They chose the latter.

Led by Machado, the Taipans won five of their next six contests with their point guard obtaining two double-digit assist games over this period. It was rather a big shock to the Taipans faithful when they had back-to-back losses handed to them in Round 11, falling to the Wildcats and the Phoenix, but the way Cairns bounced back would define their season. In their remaining 12 outings, the Taipans would go on streaks of five and four games, losing once to the Kings and twice to finish their season, with the third seed already locked up by that stage.

Machado averaged an elite level 16.4 points, 6.7 assists and 3.9 rebounds in his side’s monumental run to the finals, helping Cairns secure a 16 win and 12 loss record at the end of the season, locking up a matchup with the Wildcats and MVP Bryce Cotton. Game One would prove to be massive for Machado, as he would shoot a massive 61 per cent from the field, whilst collecting 31 points, nine assists and eight rebounds in 39 minutes of play, arguably his best individual performance all season. Machado would continue to put up solid numbers for his team in Games Two and Three, averaging 16 points per contest. But, Trevor Gleeson’s side had too much depth, as they snatched Game Three and moved on to the Grand Final Series to face the Kings and defend their title.

To encapsulate Machado’s breakout season, he was awarded some consolation as the NBL Fans’ MVP, averaging 16.1 points per game in NBL 2020, as he led the league in assists with 7.9 dimes being dished out every time out for the 29-year-old. He also earned himself a spot in the NBL’s All-NBL First Team and runners-up in the MVP votes count behind Cotton. Whether the “big-three” returns again next season for the Taipans or not, it is without a doubt Machado was to be ranked second in Draft Central‘s top 10, if not first, had he edged out the Wildcats in the semi-finals.