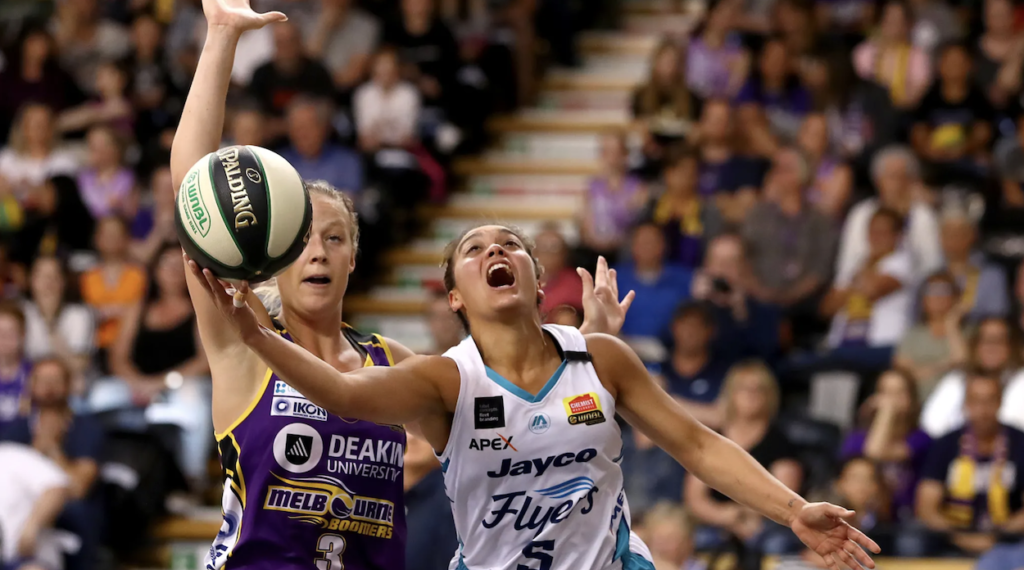 LEAVING the 2018/19 University of Canberra (UC) Capitals’ championship-winning side to become a part of the Southside Flyers’ inaugural 2020 squad, might have been a surprise, but Leilani Mitchell would start the next chapter of her illustrious career in good stead for this season’s minor premiers.

With professional experience spanning more than a decade and with many of those years being with WNBA teams, it was no wonder that the Flyers would begin the season with one of the best starts in the League’s history. With Southside winning their opening six games in consecutive fashion, it was obvious early on, that the side were serious contenders for this year’s title.

Mitchell, who had averaged almost 15 points per contest leading up to their first loss, was a major proponent of her team’s offence and would only continue to improve her numbers throughout the course of the season. With consistent numbers being put up by the 34-year-old in the categories of points, assists and rebounds, Mitchell’s accuracy became apparent as well in relation to converting her opportunities.

At the end of the campaign, she would maintain and amaze the competition with a 45 per cent clip from the field, a 92.5 per cent clip from the free-throw line and a 42 per cent accuracy rate from three-point range. All very impressive numbers when reflecting back on the season that was. Helping the Flyers attain a 17-win season, a win percentage of 80 and the top seed in the standings, Mitchell would finish the regular season with 15.7 points per game (ninth in WNBL), 5.2 assists (fourth in WNBL) and 3.2 rebounds in what can be described as an exemplary individual effort through 16 rounds.

After a strong two-game series against the Adelaide Lightning in the season’s semi-finals, Mitchell would face her old club in the deciding series, the UC Capitals. With Game One being a must-win contest for the Flyers, the home side would let their guard down, as they allowed the Caps to total 21 points from turnovers. With Game Two back in the nation’s capital, the home-court advantage would prove too much for the Flyers, as they would lose the second game 71-68 and the series in a two-game sweep.

The Washington-born guard would have to watch on, as her old side would claim the hardware for back-to-back seasons. Following an All-WNBL First Team selection, the Flyers’ club-MVP Award and the number eight seed in Draft Central’s Top 10, Mitchell was signed in mid-February to the Washington Mystics for the upcoming WNBA season, being traded from the Phoenix Mercury.

For another season, she will look to perform in the world’s best female basketball competition at an elite level.