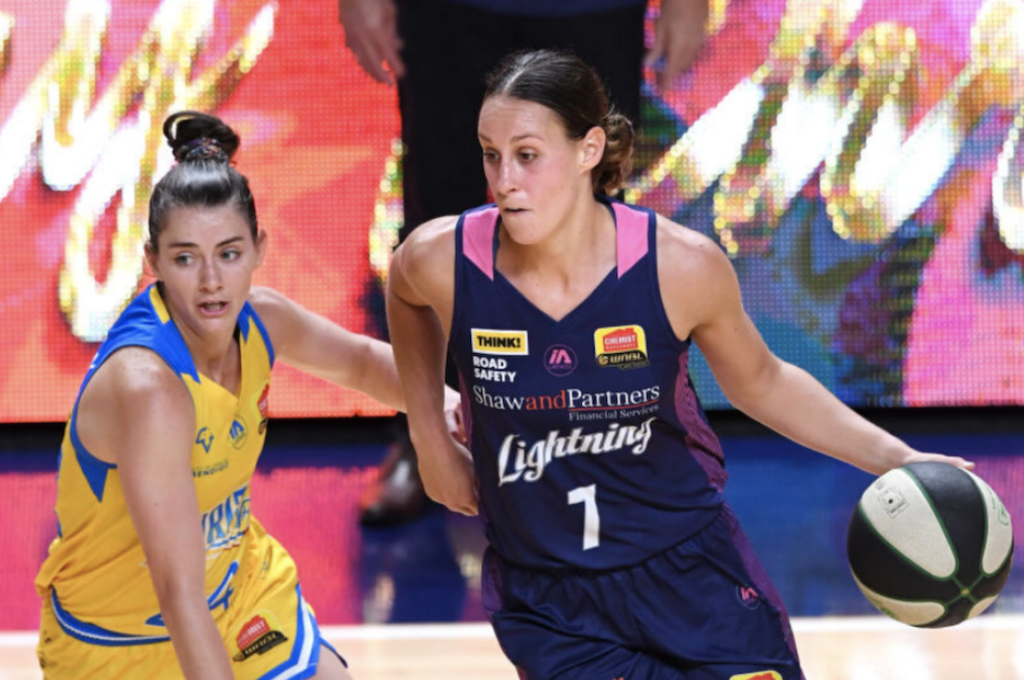 WHEN former WNBL Rookie of the Year and Opal Steph Talbot made the move back to the Adelaide Lightning after more than five seasons, head coach Chris Lucas had the recipe for a championship run. Beginning the season 3-1, the Lightning were starting to prove their mettle and with this, Talbot started to establish her position as one of the most dangerous and productive forwards in the league, securing two 10 rebound double-doubles in her first five matchups.

As the season went on, it became clear that the competition was quite clearly divided into two sections. After 21 games, the Lightning who sat very nicely in fourth position with a record of 12 wins and nine losses, trailed the Melbourne Boomers by three games and led the Perth Lynx by four. After a successful season for the team, the success carried over to Talbot as well, as the six-foot two forward would put up an impressive 13.8-point, 8.7-rebound (fifth in the WNBL) and 4.9-assist (sixth in the WNBL) 2020 season.

Talbot provided so much on the defensive end for her squad, that she even ranked amongst the top 10 league leaders in the category of steals, averaging 1.5 per outing. While Talbot would attain a selection to the All-WNBL Second Team, the Lightning would look towards the best team in the League at that point in the semi-finals, the Southside Flyers. Talbot would arrive to Game One in Dandenong ready to put in work, as she would provide the Lightning with an all-around effort, stringing together 13 points while shooting 43 per cent from the field, alongside nine rebounds, six assists and three steals.

But, despite her performance, the Lightning would fall to the minor premiers in the opening game of the series, 68-65, and as a consequence, the Lightning would need to defend home-court to stay alive. The Flyers, however, had good reason to being named the best offence in the league, as their depth proved too much for the Lightning, taking out Game Two by three points again, 79-82, making Talbot’s nine points, nine rebounds and eight assists in the game a side note in the series.

With the Lightning’s season coming to an early end, Talbot’s prospects began to open up following this. Just a few weeks ago, the Katherine-born 2014 WNBA-draftee, was traded from the Minnesota Lynx to the New York Liberty for the upcoming WNBA season, as she is on the roster as ‘non-active’, given the COVID-19 restrictions.

Nevertheless, Talbot adds to the vast collection of Australian superstars competing in the United States in the near future and sits nicely as number eight in Draft Central’s Top 10 players of the 2020 season.