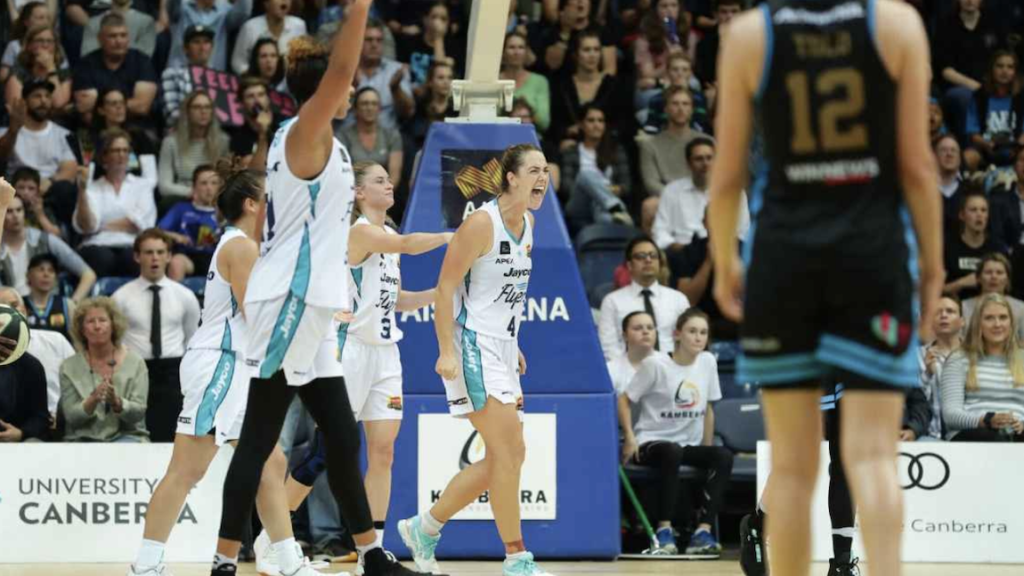 The second out of the three Southside Flyers to make Draft Central’s Top 10 players of the 2020 season belongs to former WNBA prospect and club-captain, Jenna O’Hea, and the turbulent season that the 32-year-old would undertake. To begin her campaign, O’Hea would put up solid numbers across the board, scoring a combined 50 points in her opening three matches of the season, whilst also averaging seven rebounds and five assists.

The former Los Angeles Sparks and Seattle Storm player’s powerful progression throughout the season would aid the newly formed Southside Flyers franchise that arose out of the Dandenong Rangers of old and in their inaugural season as a team, the league would be put on notice. As the Flyers won their opening six games of the season and twelve of their first thirteen, it seemed as if no one was able to touch this team from South-Eastern Victoria. But, when everything seemed to be working out for the championship favourites, their leader would go down with a season-ending wrist injury in Round 13 against the Melbourne Boomers.

Despite the narrow victory over their cross-town rivals and their season record improving to 14 wins and three losses, the Flyers’ eventual Grand Final opponents, the UC Capitals, would demolish the side in Round 14, which may have very well set the tone for the series sweep at the start of March. With O’Hea missing out on the final four contests of the 2020 campaign, she would conclude the regular season with very respectable numbers. These included 13.7 points, 5.2 rebounds, 3.9 assists and 1.5 steals per game.

Given many pundits had stated that the Traralgon-born forward was unlikely to make it back to the postseason, O’Hea was able to suit up for the Grand Final series against the Capitals. Despite the severity of the two-time WNBL champion’s injury, she would soldier on, playing both games of the series with similar minutes compared to her regular season, whilst matching up on the 2019/20 WNBL MVP, Kia Nurse. Averaging 11 points and seven and a half rebounds, O’Hea was unable to make a sizeable imprint on the series despite her productive numbers, as the Caps would defend their title on their home floor thanks to their depth and big plays down the stretch late in games.

Although a disappointing end to the season for the Flyers’ captain, the two-time WNBL All-Star was honoured to be given a spot on the WNBL All-Star Five and is looking forward to moving through what has been a topsy-turvy 2020 thus far.

“2020 has certainly been a mix of emotions for me in terms of my basketball, however it is important to keep it in perspective and remember how lucky I really am,” O’Hea said. “And now with the changes to our lives due to the coronavirus crisis, we all appreciate so many of the things we may have taken for granted. “We are all living through a time that has not been experienced before, we are all in this together so maybe it is just another part of the 2020 roller coaster. It is a reminder to be thankful for the opportunities that we have and to make the most of them.”

In addition, O’Hea eagerly waits for a distant 2021, where she looks to represent the Opals once again in the Tokyo Olympic Games, possibly postponing her retirement from basketball until after then.