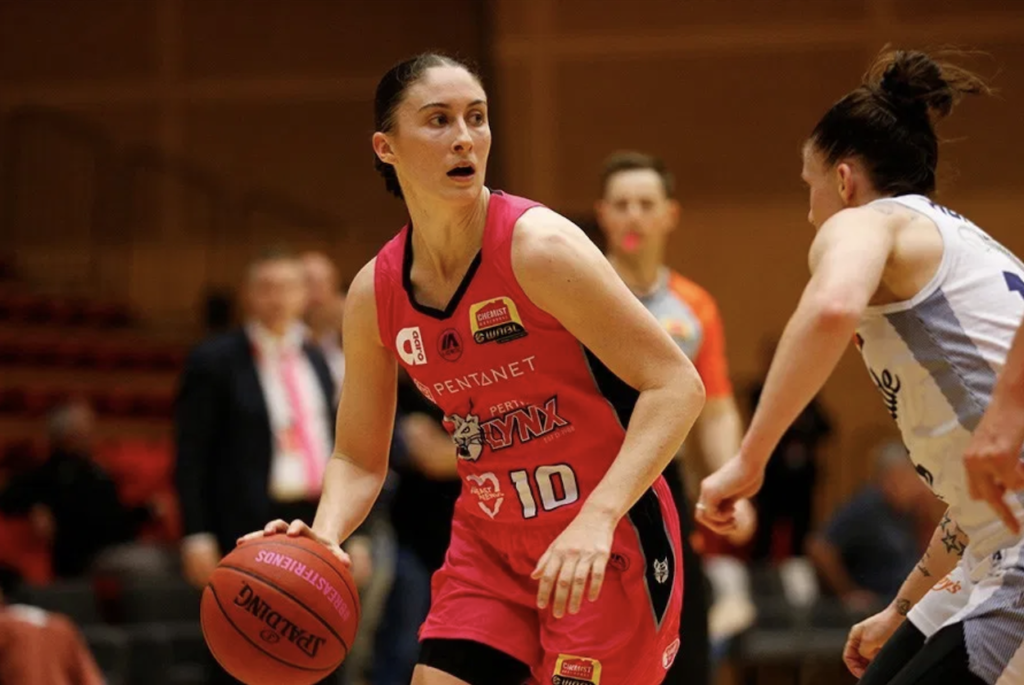 ENTERING her 10th season in the Womens National Basketball League (WNBL), Katie-Rae Ebzery would prove to be one of the go-to players in what was one of the most underrated teams throughout the WNBL 2020 season.

In a rather nostalgic opening contest to the season against Ebzery’s former club – Sydney Uni Flames – she would tip off her season with an unselfish 10-point, seven-assist and four-rebound performance, thus getting the ball rolling on an otherwise multi-faceted campaign for the Lynx guard. One of Ebzery’s greatest strengths, which was presented over the course of the season, was her ability to distribute the ball at an effective pace, whilst keeping her turnover totals to an absolute minimum. Allowing two turnovers or less each night out, enabled the New South Wales-born player to accumulate an average of 2.3 giveaways per game, as she dished out an excellent average of 4.2 in regard to assists – 10th highest average in the WNBL.

Ebzery’s ability to facilitate her offence was one of her primary strengths for the duration of her campaign, but she also knew how contribute to the scoreboard in bunches, making her one of the most threatening guards in the competition. On 13 separate occasions, Ebzery would account for 15 points in a match, and for six of those encounters, she would account for 20. This ranked her amongst the elite scorers in the league, as after the 21-game season, the Perth star would rank sixth in the competition for scoring, averaging 16.3 points per game.

Like many others in Draft Central’s Top 10 Players of the Season, Ebzery has proven she is one of the most durable players in the entire WNBL. This was further evidenced by her 2020 track record, as she  maintained more than 33.5 minutes per game. Throughout her 21 appearances, she would also accumulate more than 40 minutes in a single game due to contests that required overtime to decide a result, which only adds to the impressiveness of her level of stamina.

With the Perth Lynx missing out on finals due to a season record of eight wins and 13 losses falling four wins behind the Adelaide Lightning, the WNBL saw it fitting to award Ebzery an All-WNBL First Team selection (first selection since 2016, second career selection), while she would also take out Perth’s Best and Fairest at the club’s awards night. What comes next for the 30-year-old is anyone’s guess, as at the conclusion of the 2019/20 season Ebzery became a free agent.

However, one thing is constant for the 2020 Olympic selectee, playing for the Opals in Tokyo is the penultimate goal for number five in this season’s WNBL Top 10.

“For me, it’s just an honour being able to represent my country,” Ebzery said. “I dreamed of that from a young age and any opportunity I get to do that, I do it with pride. “It’s never a question of whether I’m available. “Playing for Australia is the top of what we do.”