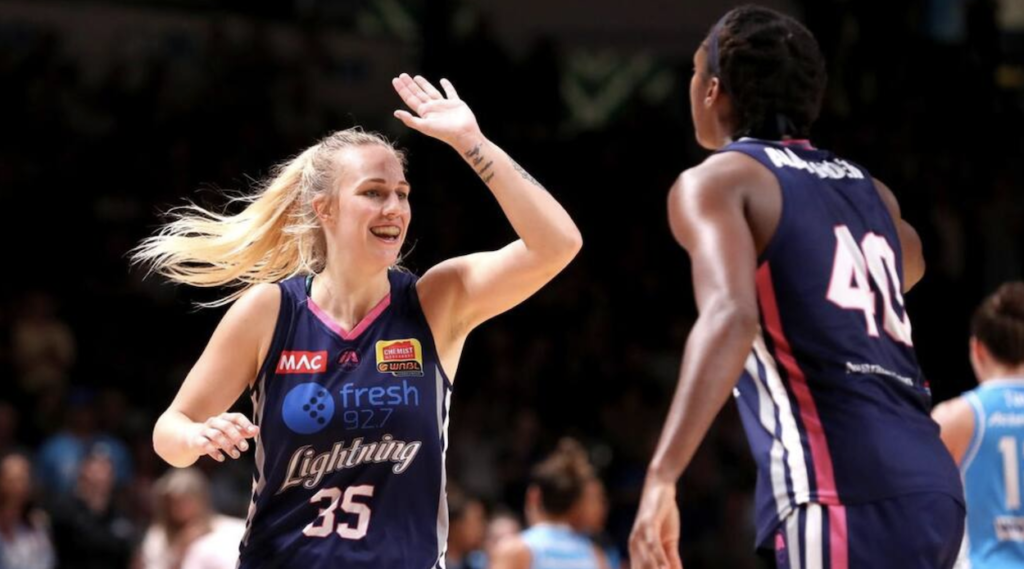 AFTER locking up a postseason berth with three games still remaining in the season, it seemed like a pretty easy transition to the finals for team captain Nicole Seekamp and the Adelaide Lightning. But, an unfortunate ankle injury for the South Australian made reaching the semi-finals a race against time.

Going back to the beginning of her 2019/20 campaign in their opening contest against the Sydney Uni Flames, it became apparent that Seekamp had honed her skills even further when it came to running offence, as she casually racked up 11 points and eight assists. Which, coincidentally would be her season averages following her 20 games throughout the season. While Seekamp’s minutes fluctuated in total from game-to-game, her output and precision remained unwavering, as she continued to guide her team to victory with awesome numbers of assists.

The University of South Dakota-alum would record seven assists or more on 13 occasions during the regular season, placing her miles ahead of the rest of the pack in the category. At the conclusion of the regular season, Seekamp would average a staggering eight assists per game and total 176, placing her second in Womens National Basketball League (WNBL) history for total assists and assists per game during a season. On top of this, she would also break the WNBL record for assists in a single game, dishing out 20 against the Southside Flyers at the start of January.

Despite missing out on both All-WNBL Teams, Seekamp made it her mission to return to playing condition to match up against the Southside Flyers following her rolled ankle against the Perth Lynx in the season’s final round. This objective would come to fruition, as after almost three weeks off, Seekamp would suit up for Game One of her team’s series against the minor premier Flyers. While the 28-year-old’s minute and point outputs would be hindered slightly, she would still manage to find her teammates for quality shots, averaging eight assists throughout both games, as well as five rebounds. While the Lightning would go down to the Flyers narrowly in games One and Two in a series sweep, there was no doubt that Seekamp would conclude her season knowing that she had developed tremendously as a player, teammate and captain, as she put up some of the best numbers of her WNBL career (11 points, eight assists and 4.2 rebounds per game).

Because of this, the Opal sits perfectly as number four in Draft Central’s WNBL Top 10 Players of the 2019/20 season.