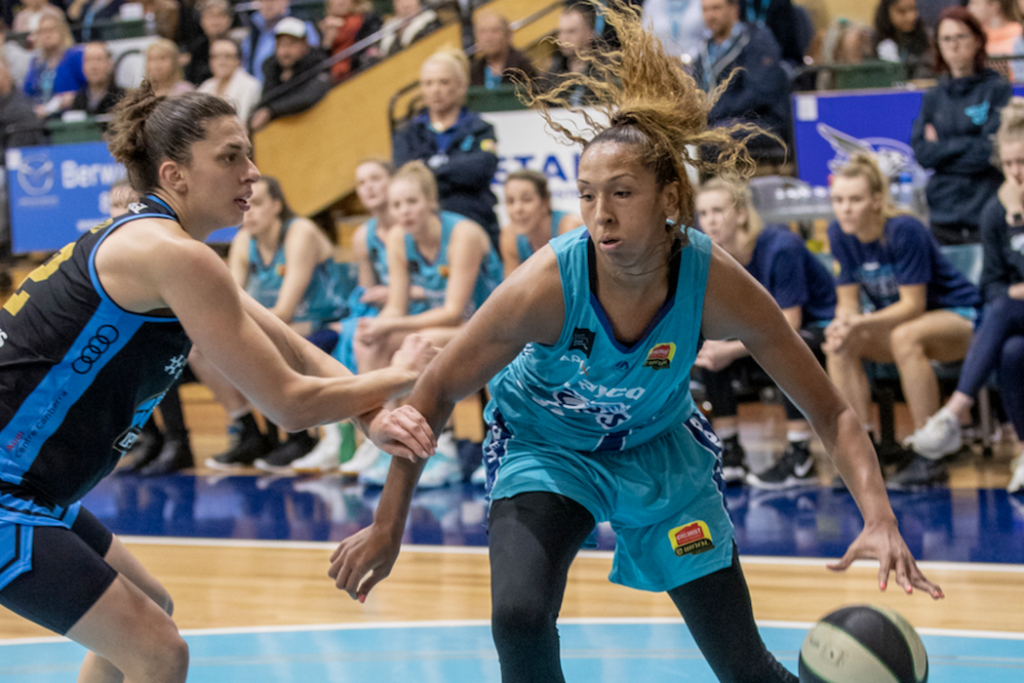 WHEN it comes to how Southside Flyers’ centre Mercedes Russell perceives herself, she tells of someone who is, “very low maintenance, laid-back and just go with the flow”. “Play me a good amount of minutes and I’m happy,” she added. Russell would receive what her appetite for basketball required, as she would average close to 31 minutes per game during the regular season, thus allowing her to become one of the most dominant frontcourt players in the Australian basketball scene and number three in this season’s edition of Draft Central’s Top 10 players.

The 24-year-old made her mark on history straight away, scoring the first ever points for the newly formed Flyers organisation and never looked back. Despite a rusty start to the season, scoring just 12 points and collecting four rebounds against the Townsville Fire in Round 1, Russell’s numbers would increase from then on. Russell’s 12 regular season double-doubles (six straight double-doubles amongst these) would place her in the upper echelon of productive bigs, as she would go neck-and-neck in the race with Brianna Turner of the Adelaide Lightning for a selection to the All-WNBL First Team.

Unfortunately for Russell, she would have to settle for an All-WNBL Second Team selection, however, finishing her season with 16.5 points per contest (fifth amongst league leaders) while averaging 9.8 rebounds (fourth amongst league leaders) is nothing short of spectacular for the WNBA champion. Another facet of Russell’s game that more often than not goes under the radar, was her ability to score efficiently around the rim, which remains a cornerstone of any center’s game. She would go on to convert 55.4 per cent of her baskets (fourth highest in the league).

After being awarded the WNBL’s Robyn Maher Award (Defensive Player of the Year) and helping her side to a competition-best 17 wins and four losses, Russell and the Flyers looked to their semi-final series against the Lightning and Turner, in what would be a battle of the bigs. With Game One not disappointing, Russell would bring her A-game, logging 20 points on 53 per cent shooting from the field and a season-high 19 rebounds in a full 40 minutes of play, as her side would steal the win by a narrow-three points and carry momentum over into Game Two.

Despite just 15 points and four rebounds in the following contest, the Flyers’ depth would prove too much for the Lightning, culminating in a series sweep and the franchise’s first Grand Final appearance in their inaugural season. Even though Russell would average a double-double (13.5 points and 11 rebounds) in the deciding series, the Flyers would go down to the UC Capitals in a 2-0 sweep, cutting short what would have a been a dream debut season for the Oregon-native.

Nevertheless, should Russell return to the Flyers next season, we should expect nothing short of great things in 2021, as Russell’s get-it-done mentality gives her an edge no matter where she plays. “I just try to be as available as I can be and do whatever my teammates need me to do in order for us to win because that’s the most important part.”