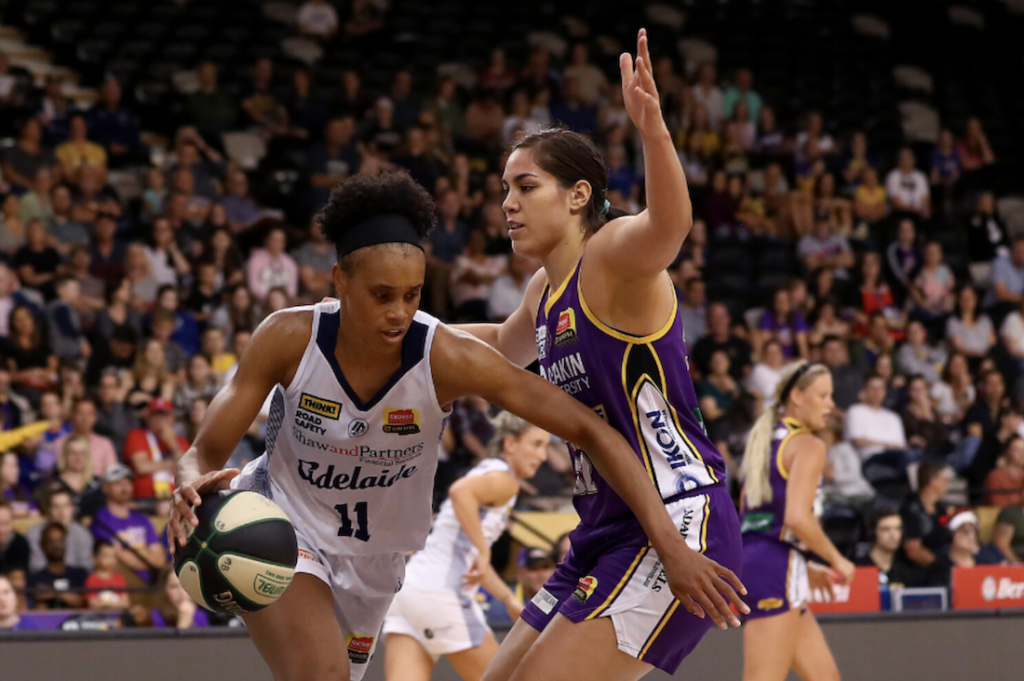 ONE of the WNBL’s fresh new faces to arrive over from the United States (US), Brianna Turner landed Down Under keen to expand her basketball knowledge and continue her development  thanks to a recommendation from her head coach at the Phoenix Mercury.

“In the WNBA, Sandy Bondello is my coach and she coaches the Australian National Team, I’ve heard nothing but good things [about the WNBL] which really attracted me,” said Turner. “I want to raise my basketball IQ and learn the details of the game.”

After a brief 21-minute stint against the Sydney Uni Flames in Round 1, Turner would flip the switch and begin playing at an extraordinary level of efficiency and production. Turner’s first major mark she would make on the WNBL, came in Round 3, as the Lightning sized up to a formidable Perth Lynx squad.

Regrettably for the Lynx, they had no answer for the Mercury-listee, as she dominated the rebounding conversation, hustling her way to 17 rebounds and 26 points. These kinds of performances became the norm for the 23-year-old, as she would terrorise the glass with her tenacity and discipline.

Rivalling Mercedes Russell as one of the premier frontcourt players in the League, Turner’s 10 double-doubles throughout the regular season would put her at the top of the rankings in several categories following Round 16 of the campaign.

Turner’s stat line would read an impressive 16.8 points (fourth in scoring), 10.7 rebounds (second in rebounds) and 2.4 blocks (league leader) per game. An All-WNBA Rookie and a NCAA Champion with Notre Dame, Turner is no stranger to success on the court, so it would come as no surprise that the Texan would take home an All-WNBL First Team selection and receive the Lightning’s Best and Fairest Award, capping of what was a well-rounded season individually.

As a team, the Lightning looked to the minor premier Southside Flyers for their semi-final matchup, after solidifying fourth spot in the standings with a record of 12 wins and nine losses. After concluding her season averaging a double-double, the pressure of the postseason didn’t seem to unnerve Turner in the slightest, as she would fall one rebound short of another double-double, accumulating 11 points, nine rebounds and five blocks in Game One.

Game Two and the threat of elimination would spur her on to an even greater extent, this time with the Power Forward/Centre racking up 25 points, 18 rebounds and four blocks. But like so many others before them, the combination of Jenna O’Hea, Leilani Mitchell and Russell would prove too much, as the Lightning would bow out of the finals in a two-game sweep.

Being the third and final Lightning player on Draft Central’s Top 10 WNBL Players of the season, there was plenty to celebrate in South Australia in 2020. Perhaps if Turner makes a return to Chris Lucas’s squad next season, then maybe Adelaide can make it one step closer to the franchise’s first championship in more than a decade.