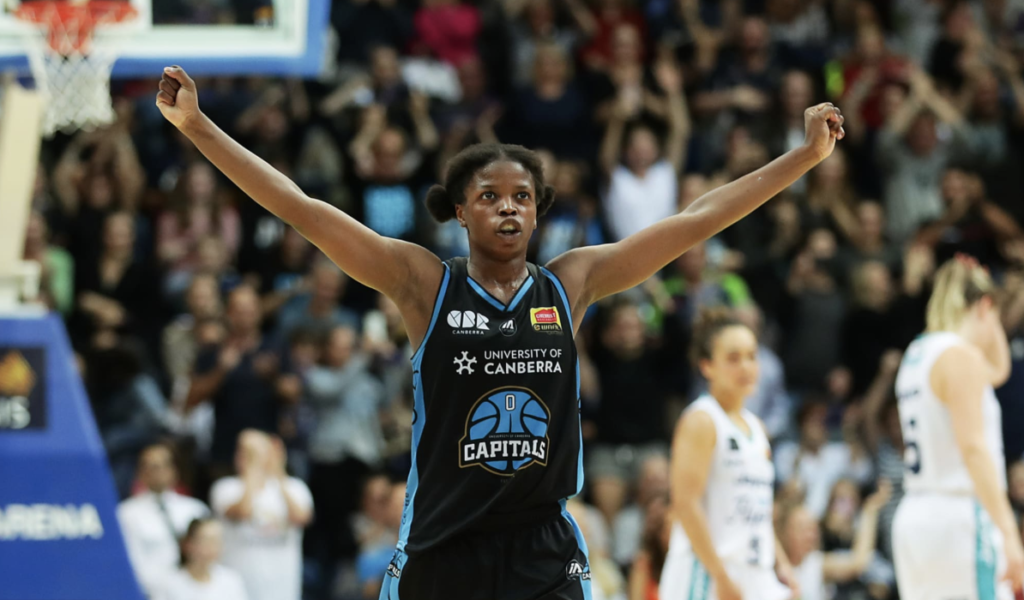 IN her debut season in the nation’s capital, Olivia Epoupa became one the Women’s National Basketball League’s (WNBL) most frightening and imposing guards throughout the 2019/20 season, thus earning her the number 10 seed in Draft Central’s WNBL Top 10 players this season.

Despite a somewhat smaller stature, only standing at 165cm, people are slightly shocked when you mention she is one of the league’s best rebounding guards. Tallying a whopping 7.7 rebounds per game during the regular season, Epoupa ranked ninth amongst the league leaders, which for a point guard, is extremely impressive. Epoupa’s defensive style of play came to light in her first ever contest down-under, as she compiled a hard earned six points, seven rebounds and eight assists against the Adelaide Lightning. Throughout the season, the French-International would secure 10 rebounds or more in a match on six separate occurrences, while she also dished out 10 or more assists three times in the same time span.

Epoupa’s ability to be proficient in numerous facets of the game, has allowed her to stand out in a competition that primarily relies on scoring to decide games. At the conclusion of their 21 games, the Capitals were in good form, as they were in the midst of a five-game winning streak heading into their semi-final series against the Melbourne Boomers.

Epoupa completed her season averaging 9.2 points, 6.7 assists and leading the league in steals with three swipes a contest. Nevertheless, Epoupa would further propel her and her clubs good form against the Boomers. Through the three-game gauntlet, she upped her level of play putting up 14.3 points, six assists and six and a half rebounds each time on the floor, helping her side edge out the purple and gold with an 11 point, nine assist and eight rebound performance in the decisive Game 3.

Moving on to the Southside Flyers in the Grand Final series, Epoupa would present the evidence needed to explain why she was awarded the Rachel Sporn Medal, as she was recognised as the most outstanding player throughout the series. As the Caps were able to sweep the Flyers in two games, Epoupa, or as she is charmingly known as, the ‘French Burglar’, maintained 15 points, 8.5 assists, 8.0 rebounds and 3.5 steals on both encounters.

While Epoupa has returned back to France to continue playing basketball back at home, she was able to reflect on her team’s championship moments and the year she spent living in Australia.

“All the people that were involved in this club, the fans, they were amazing. “The last game at home with the win had an incredible atmosphere. “The crowd was here, and they make the difference. It was a tough game and Southside played very well, but the crowd pushed us. “When they give us that atmosphere, you give everything, you don’t get tired or want to take a break. “It could be the last game, so you give everything because you know you have all this support. “I’d like to say thank you to everyone who supported us.”

Epoupa was also awarded the club’s Defensive Player of the Year Award for her efforts.