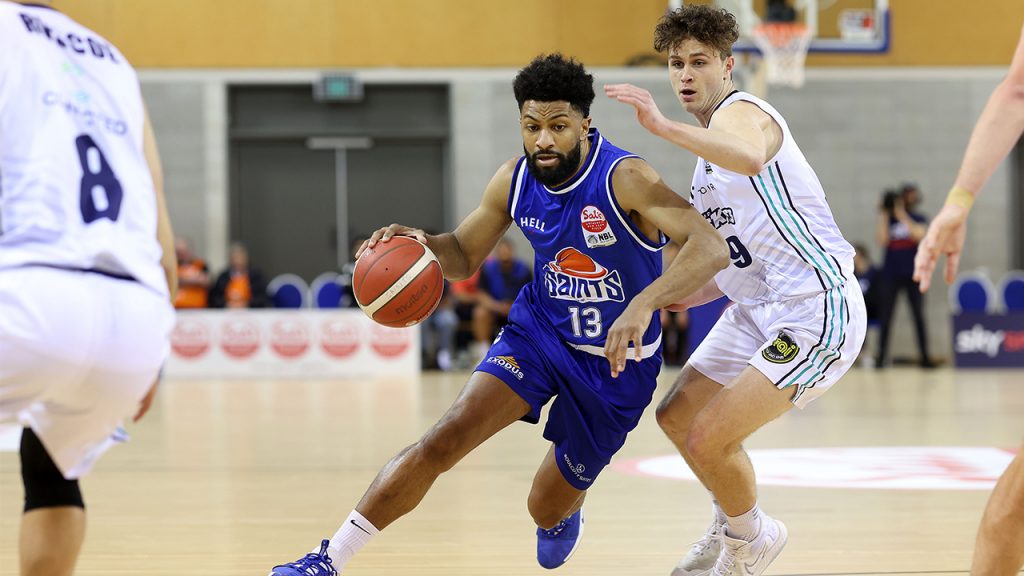 WELLINGTON Saints lived up to their minor premiership billing with an eye-catching semi-final win on night one of the Final Four in the New Zealand National Basketball League (NZNBL). The top of the table Wellington Saints took care of the fourth placed Auckland Huskies for the second time in as many weeks, claiming a 26-point victory with a dominant second half. Despite some resistance in the second term from the Huskies, the depth of the Saints proved too great and the ladder leaders secured the big win, and their third over the Huskies to advanced through to the 2021 NZNBL Grand Final.

In the first semi-final of the night, Auckland Huskies stormed to an early eight-point lead at the first break. Looking to grab yet another huge win, they were shocked in the second term as Auckland Huskies produced their most dominant quarter performance against the title favourites, piling on 31-17 in the second term to not only hit back, but take the lead by six points at the main break. With an upset brewing, the Saints knew just what to do, hitting back early in the third term, they put the foot down and blew the Huskies away with a dominant 30-8 third term to all but secure the win. Not taking any chances, Wellington continued to press with another huge quarter in the fourth term, putting up 25 points to 15 to run away with the 99-73 win.

Wellington led all the key statistics, shooting at 55 per cent to the Huskies’ 45 per cent, also draining a whopping 17 triples to eight, and completely outclassing their lower ranked opponents in the rebounds (39-29) and assists (24-6) categories. The Saints also won the steals (5-4), blocks (4-0), points in the paint (42-38) and second chance points, whilst the Huskies had four more turnovers (15-11), but somehow managed to score more from turnovers (13-10).

Tohi Smith-Milner won the Most Valuable Player (MVP) in the match with a team-high 30 points, as well as nine rebounds, hitting four of nine from long-range. That effort was pretty impressive considering teammate and league MVP Dion Prewster recorded a triple-double in the final. The Saints captain notched up 12 points, 10 rebounds and 10 assists in the victory, but the fact Smith-Milner only spent 27 minutes on court for his 30 and nine, was a remarkable effort. Kerwin Roach Jr (24 points, seven assists and five rebounds) and Leon Henry (11 points, seven rebounds) were other double-figure scorers.

For the Huskies, Tom Vodanovich hit a match-high 33 points in the loss, also collecting seven rebounds for his troubles. Rising star Zach Riley stepped up to assist with 17 points, five rebounds and two assists, while fellow teenager Dontae Nance returned to the side for 10 points, three steals and two rebounds, but the supporting roles would not be enough for the Huskies to cause a monumental upset.

Wellington Saints will now take on the second placed Hawkes Bay Hawks in the 2021 NZNBL Grand Final tonight, in a bid to win yet another flag, having taken out the 2019 title, the last season the Saints competed in the competition.