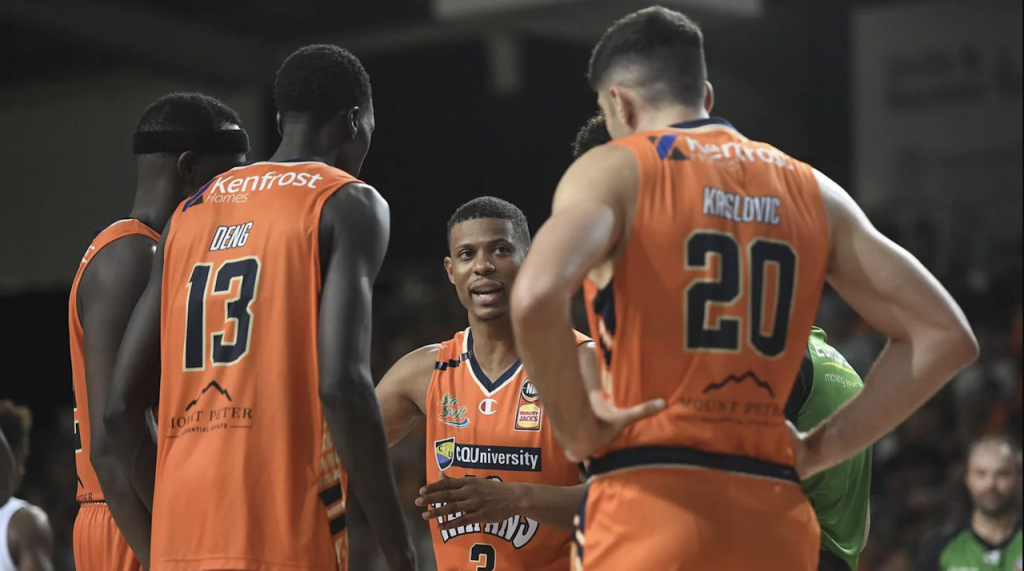 AFTER starting the 2019/20 season with an abhorrent record of two wins and six losses, the Cairns Taipans went on to win 14 of their next 20 games to secure the third seed in the standings and earn a finals appearance – a season after finishing with the wooden spoon honours of the NBL.

Today, the Taipans sit with a lowly record of three wins and seven losses and are slotted in eighth position as a result. But the question that needs to be asked is, “does Cairns have the ability to repeat the feat they did last season?”.

To best gauge how the rest of the 2020/21 campaign will pan out and how Cairns will fare, we will firstly look at the results the Taipans have obtained to this point and then secondly, look at the upcoming fixtures leading up to Round 10 which has not yet been released by the NBL.

Given the strictness of COVID-19 regulations at the time of mid-January, Cairns were lucky enough to enjoy their first five games of the season at their temporary home, the Cairns Pop-Up Arena, and their first nine games in Queensland. After their one-point win over the Sydney Kings, Mike Kelly and his side had cause for excitement.

The excitement, however, would end abruptly two days later after a 16-point loss to the new-look Illawarra Hawks and it marked the start of a six-game losing skid. Losses would come at the hands of more than half of the other NBL sides, including the Hawks, the Kings who they edged out in their first contest, Melbourne United, Brisbane Bullets and the New Zealand Breakers.

But with these numerous losses, there has been a number of indicators that perhaps fans have not seen the better side of the Taipans yet. The common factors that are easily visible with each of Cairns’ three victories always tend to be their ball movement. For example, in their Round 4 win against the Breakers, Cairns out-assisted New Zealand 18 to 12 in their 84-71 triumph. Against the Hawks in Round 6, the same trend could be seen again here with the Taipans winning out in the assists category 19 to 17.

Another prominent factor in the three wins for Cairns is their accuracy and quantity of success from behind the three-point line on these nights. In their first and third wins against the Kings and the Hawks, the Taipans went 13 of 32 (40 per cent) and 18 of 35 (51 per cent) from behind the arc. Meanwhile, the north Queensland side only found the triple on 31 per cent of their attempts but won the quantity of threes category with 10 triples to four over the Breakers.

While these two factors are nice to dissect, it is well known that if the Taipans are to find late season success, they will need to emerge dominant in more facets of the game in a competitive league like the NBL. But now we look at the contributions of individuals who have provided positive numbers, and a few who have perhaps a little more to give in the next 14 rounds.

It is no shock that Scott Machado, last season’s league-MVP runner-up, is leading the team on the frontlines. The 30-year-old who is now playing in his second season, also leads the squad in points per game (18.1) as well as the competition in assists (9.5). But despite being the NBL’s best distributor of the rock, Cairns has shown itself to be one of the league’s most shallow teams in terms of depth, with only one bench player averaging over four points per game (Jordan Ngatai – 4.4 ppg).

Similarly to NBL20, Machado’s partner in crime remains 203cm-tall forward Cameron Oliver. Averaging a titanic 17.1 points and 10.1 rebounds, Oliver is well on his way to a double-double season for two consecutive years, while also ranking third in the NBL for blocks with 1.8 per outing and will be by Machado’s side for the rest of the season producing at a high level. A good supporting cast amongst the starting five has been somewhat instrumental for coach Kelly, but without DJ Newbill as a consistently reliable force on the floor like he was last season, the job of filling his void has been a difficult one to say the least.

Continuing his impressive rise in the three/four spot over his time in the NBL, Kouat Noi is once again impressing the Australian basketball community averaging 13 points, 4.9 rebounds and half a block, including a dominant 27-point and five-rebound performance on Monday night against Melbourne. Furthermore, the play of Majok Deng (11 points and 4.8 rebounds) and Mirko Djeric (11.3 points and three rebounds) has been nothing to sneer at with the two making considerable contributions leading up to today. Unfortunately, though, there has been no news as of yet if Deng will be making his return on Friday against the Perth Wildcats, after exiting Monday’s game in the first quarter with an apparent knee-injury. A huge loss to the side if the injury is substantial.

To summarise, either the Taipans core needs to produce even more or the likes of Ngatai, Fabijan Krslovic, Jarrod Kenny and especially Mojave King (Next Star) need to step up. These are the two routes that Kelly faces and can encourage to his roster. At the end of the day, making that a reality will fall on the players collectively, as not only will the rest of the season remain just as difficult, but most of the remaining matchups will occur in an away environment.

The possible road to redemption will begin within the next three rounds of action in the NBL Cup, firstly in Round 7. Cairns will hope to entertain the defending champions on Friday before taking on cross-state rivals, the Brisbane Bullets, Sunday afternoon. Round 8 will see Cairns meet the Kings in their first game of March, preceding their next grudge match with the Adelaide 36ers. Their remaining games in Melbourne will conclude in Round 9 against the Breakers who they have beaten previously and the South East Melbourne Phoenix on March 12. Any game past here are yet to be announced.

It was the convincing rout of the second-seeded Hawks and an almost perfect performance against the frontrunning United, which resulted in a fourth-quarter defeat in Round 6, that has perhaps suggested a pivotal point in the Cairns season to date. If the Taipans can topple the Wildcats this week at John Cain Arena, many north-Queenslanders should not write off this team’s season quite yet.

If it can happen once, why can it not happen again?