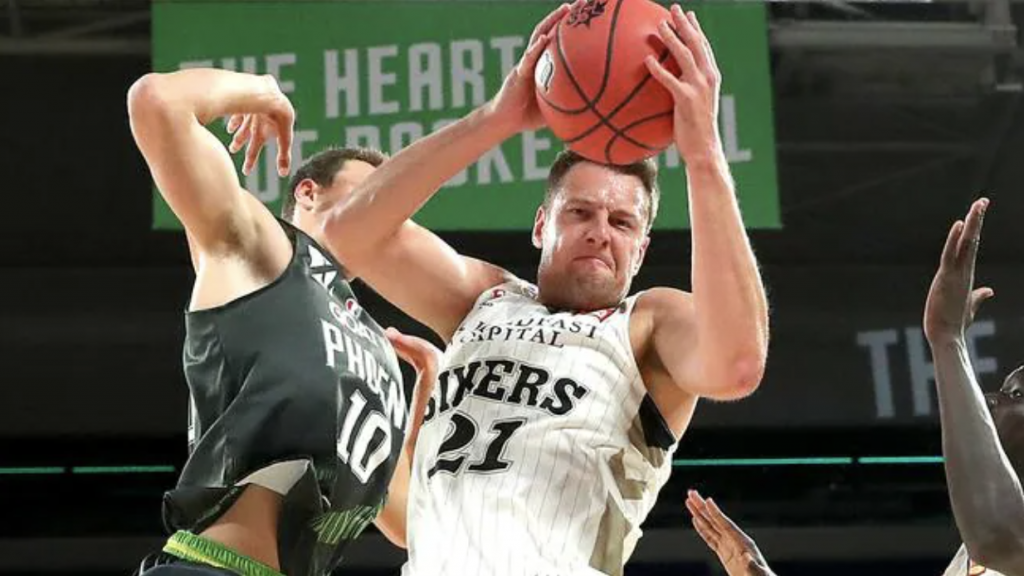 A FLURRY of three-pointers was not enough to bring the South East Melbourne Phoenix back to life last night at John Cain Arena, going down 81-90 to the Adelaide 36ers as the visitors achieved their tenth win of NBL21 remaining within earshot of the top four.

Early on, the 36ers could hardly buy a bucket making just two shots from their opening 13 attempts from the field. Despite the glacial pace that Adelaide conducted themselves on the offensive end in the first, South East Melbourne failed to capitalise on their end to try and pull away early.

Finding 43 per cent of their shots in the initial term compared to Adelaide’s 18 per cent, the Phoenix would only manage to gain a one-point lead at quarter time, 16-15, led by Ben Moore and Cam Gliddon who each had six and five points respectively meaning that Simon Mitchell’s squad needed to up their intensity on the offensive end throughout the remaining three periods.

A strong start to the second by way of the Phoenix saw them stretch out their lead to seven points, but Adelaide would produce a substantial scoring streak to take the lead at the five-minute mark of the term and set the tone leading into the second half as a result. Winning the first two quarters 40-35 where they raised their shooting percentage all the way up to 41 per cent, Daniel Johnson started to impose his will on the opposing side with 12 points and four rebounds.

Conner Henry’s message to his roster was simple over the half time break, pummel the Phoenix down low and push the ball in transition. With this mindset, Adelaide extended their advantage out to double digits and took a firm grasp of the contest at the eve of the fourth quarter.

The uphill climb went from hard to daunting in the remaining 30 seconds of the third as Adelaide’s Daniel Dillon’s two made free throws and Sunday Dech’s layup at the buzzer slated the score line at 68-54, with South East Melbourne’s comeback window getting smaller and smaller as each minute started passing by.

After Dech’s second triple four minutes into the fourth, it capped off a superb 12-4 start for Adelaide putting the visitors up by 22 points with little to no time left on the game clock. The Phoenix were not willing to go down silently after producing a six-point run to cut the margin to 16, forcing Coach Henry to call for a cautious timeout.

Remarkably, back-to-back-to-back threes twice from Gliddon and once from Izayah Mauriohooho-Le’afa extended the Phoenix’s scoring run to 15 and cut the distance between the two sides to just seven points, and with 90 seconds left another layup from Le’afa whittled the margin down to five.

The comeback would end there following a Jack McVeigh knock-down three and a layup by Johnson as Adelaide eventually conquered the Phoenix by nine and reignited the 36ers’ late-season charge for the top four.

Starting below a grim 20 per cent in the opening stanza of last night’s opener, Adelaide did tremendously well to improve their efficiency on the floor up to 46 per cent (two per cent higher than the Phoenix’s 44 per cent). While South East Melbourne might have found their points from a wider variety of methods such as points off the bench and from turnovers, the Sixers earned a 41-36 win in rebounding and a 19-16 win in assists statistically. Adding to that, Adelaide’s poise at the free-throw line was also a primary factor in their win going 23 from 26 attempts at the line.

Who else but Johnson to lead the 36ers in points and rebounds as the potential NBL First-Team nominee settled for 22 points and eight boards. McVeigh also had a ball off the bench with 18 points in 26 minutes of play as well as Brandon Paul amassing 13 points, four rebounds and four dimes, while Dech punched his way to 16 points and seven rebounds. Josh Giddey put his footnote on various facets of the game as per usual, with the youngster contributing nine points, nine assists and five rebounds.

Once again, Mitchell Creek came off the bench to score a team-high 17 points and 14 rebounds, while Gliddon’s four triples saw him good for 14 points and six rebounds. Le’afa finished with 14 points too, whereas Yannick Wetzell’s 13 and Moore’s 11 rounded out the Phoenix’s double-digit producers.

Both squads have tough matchups next week when South East Melbourne host the Sydney Kings in a battle of top tier teams with finals positions up in the air to open Round 15. On the flip side, Adelaide will need to dig deep when they look to accomplish the Melbourne double, facing United next Saturday.