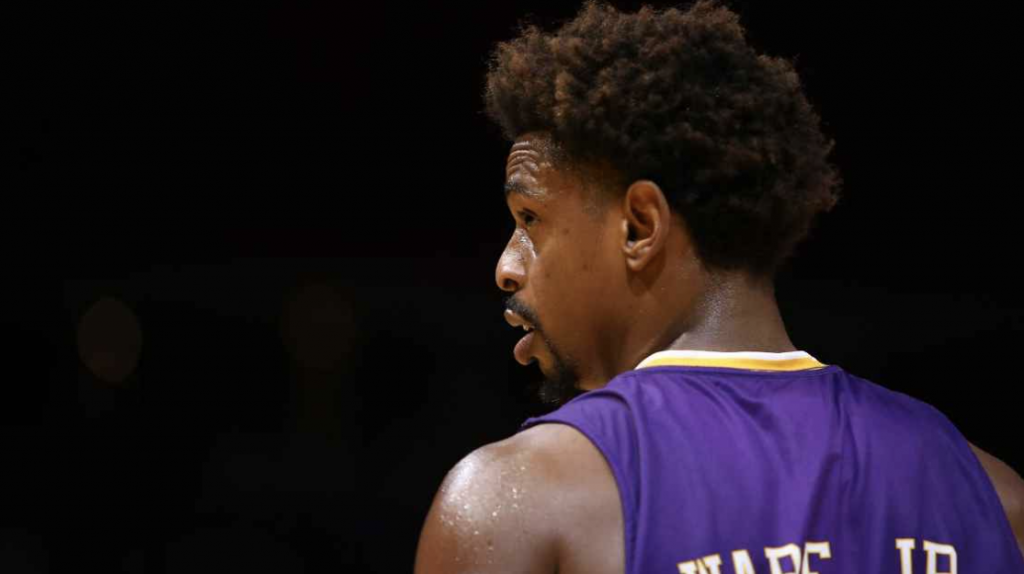 EACH quarter had a different leader up until the final buzzer on Sunday afternoon, as both the Sydney Kings and the Adelaide 36ers traded scoring runs for 30 minutes straight. But, it was the Kings that outlasted their opponents in the last period of play, securing a well-earned 94-77 outcome against the Purple and Gold.

With 52 points between the two sides scored in the opening term, the contest started at a really high pace to begin with. Unexpectedly, it was the combination of Thomas Vodanovich and Casper Ware that got the Kings off the ground, as the New Zealand international got his season up and going with eight first quarter points.

As Sydney led 30-22 at the end of one, Adelaide needed to produce positive outcomes on the floor and fast, before the game would get out of hand early on. Import Tony Crocker was the man for the job in the second quarter with an impressive bounce back effort after a sluggish start.

Crocker led the way with 13 points, two rebounds and two assists, as the 36ers won the second quarter 29-18 and took a three-point lead at half-time adding to Sydney’s stresses. But the work of Dejan Vasiljevic and Ware was more than enough of a precedent to give the Kings the confidence to overtake Adelaide with a good second half coupled with their 54 per cent shooting in the first two quarters.

In what proved to be a seesawing affair, the Kings quickly turned the odds in their favour by scoring 17 of the first 21 points in the first six minutes of the third period, returning the lead back to last season’s runners ups.

Continuing their good form from the first half, Ware and Vasiljevic maintained their steady flow of points as each held 21 points apiece with 10 minutes remaining, while the Kings completely shut down Adelaide’s offence, conceding just eight points in the third.

The lead would fail to change hands in the final stanza and end in rather one-sided fashion, with the Kings toppling the 36ers in the fourth quarter alone, 21-13, leading into Sydney’s solid 17-point win without Jarell Martin in their line-up.

Capitalising on Adelaide’s 16 turnovers, Sydney compiled 22 points by way of takeaways and 32 points from their effective bench unit. In addition, the Kings would make more shots than they would miss, shooting 51 per cent on the afternoon compared to the 36ers’ 42 per cent.

A quiet final period for Vasiljevic and Ware saw the duo finish with similar numbers to when they concluded the third period. Vasiljevic performed at a consistently high rate with 22 points, while Ware’s 23-point game saw him return to an elite level that has only reared its head a few times in NBL21. Yesterday also saw veteran player Daniel Kickert put up solid numbers in his first game of the season with 11 points and three triples.

Adelaide will look to regain lost footing in the top four when they face the South East Melbourne Phoenix on Tuesday night, and prior to that the Kings aim to tackle down a Perth Wildcats side that is eager to get their season back on track.