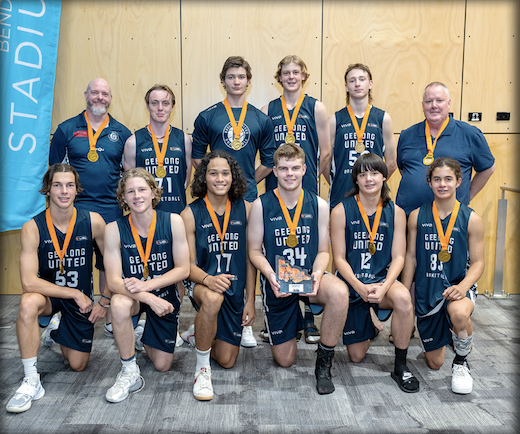 THE weekend saw the Country Championships take place in Bendigo and Traralgon with the winners from the Division One and Division Two Under 16s and Under 18s competition crowned.

Geelong (49) defeated Warrnambool (44)
In the Under 16s Boys Division 1 Championship it was Geelong that prevailed in a close contest against Warrnambool taking home not only a five-point victory but so too the silverware to go with it. In a tight battle between the two sides Jesse Ombega starred and proved to be the difference for the victors posting a ridiculous 29 points in a dominant performance while teammate Zac McInnes chimed in with six points. For Warrnambool Amon Radley and Will Rantall stepped up to the challenge with 15 and 10 points although it was not enough to get them over the line.

Hamilton (64) defeated Horsham (48)
Hamilton ran rampant in their Division 2 grand final clash against Horsham, piling on 64 points while keeping their opponents to 48 in what was a relatively one-sided affair. The premiers were spurred on by Jack Jennings who topscored with 25 points while Josh Miller made his presence felt with 13 points of his own. For Horsham, Freddy Frew sunk 14 points as Hugh Doherty added 11 points to the side’s total.

Sale (54) defeated Geelong (39)
In Division 1 it was Sale that walked away from the Country Championships victorious against Geelong. Claiming a 15-point win, Sale showcased plenty of heart and enthusiasm to overcome their opponents and claim the silverware. They were spurred on by damaging trio Jemma Birss, Sienna Wynd and Kyra Webb as Birss topscored with 14 points. Wynd was not far off the mark with 13 of her own while for Geelong the efforts of Macey Bowie rung true thanks to her seven points.

Ballarat (37) defeated Portland (22)
Over in Division 2, Ballarat reigned supreme in their grand final clash against Portland securing a 15-point win. It was a hard fought win for Ballarat with the side working in overdrive to work the ball down the court and attack the rim with Georgia Bodey leading all comers with 13 points. Teammate Emily Lewis was not far off with 11 on the board while for Portland it was the contributions of Tigrha Cleary and Tyleah Barr with eight and seven points respectively that kept them in the contest.

Geelong (47) defeated Wangaratta (42)
Geelong secured is second premiership of the weekend, this time in Division 1 of the Under 18s Boys, just sneaking past Wangaratta by a mere five points. The game went down to the wire as they tussled for the win however it was Oliver Northam and Joe Pike that influenced the outcome for Geelong recording 16 and 13 points respectively. Wangaratta looked to Tyler Barker and Brodie Paul to stay in the contest with the duo combining for 26 points.

Wonthaggi (29) defeated Wallan (26)
The Division 2 stoush was just as close as Wonthaggi scrapped past Wallan by three points in a nail-biting encounter. With points hard to come by given the low-scoring nature of the game, Wonthaggi just did enough to get the chocolates. They shared the scoring load around with Harrison Scott topscoring with eight points and the next best in Dominic Tomasi finishing with seven, while Ryan Philippe collected 13 points for the match.

Ballarat (55) defeated Mildura (34)
Ballarat came with a clear set of intentions and executed them in their grand final performance against Mildura to play with freedom and an attacking mindset. Georgia Cox led the way for the winners thanks to her 12 points as Jemma Ammore amassed 11 of her own. For Mildura, Brianna Behsmann was the go-to girl posting 12 points as Indiana Spratt chimed in with a handy six points.

Bendigo (46) defeated Bellarine (41)
In Division 2, Bendigo just bypassed Bellarine to secure the Championship title. Playing in front of a home crowd Bendigo made the most of their opportunities to claim the win in a tight tussle with Caitlin Richardson seeming to have the ball on a string thanks to her 24 points while Ronell Masiboy contributed with 10 points of her own. Aimee Wookey and Alivia Osborne managed 10 points apiece for Bellarine.