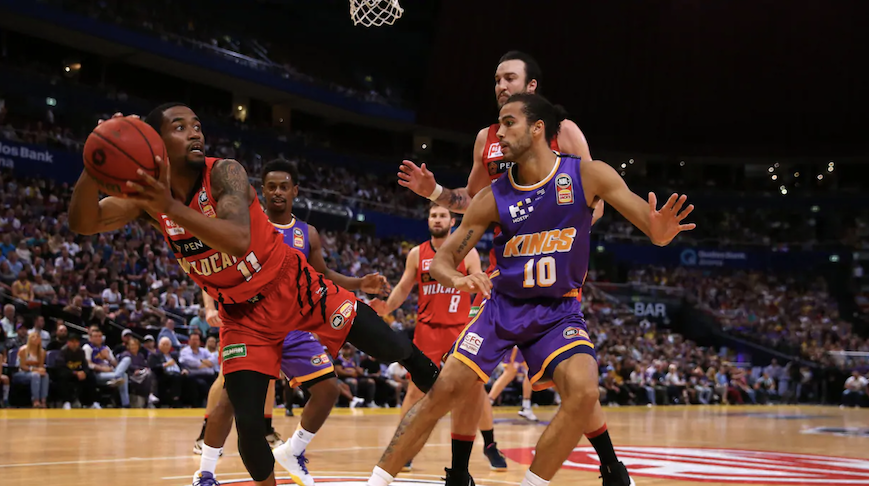 CLOSE to 12,000 people made their way to Qudos Bank Arena to see the two top teams – Sydney Kings and Perth Wildcats – throughout the regular season, battle it out in Game One of this season’s NBL Finals Series.

It was the Kings that struck first as there would open up the first quarter 7-2, but thanks to the work of their leaders in Nick Kay and league Most Valuable Player (MVP) Bryce Cotton, the Wildcats would only trail by a single basket following 10 minutes of play and an entertaining start to the series.

Good shooting by Sydney’s secondary unit was responsible for their good start in the second period as Daniel Kickert, Didi Louzada and Xavier Cooks were culprits in doing this. But offensively, Perth started to find their stride. Finding their way to the basket across the team, the Wildcats were able to edge themselves in front by a point, off the back of a Kaye layup heading into the break.

The home side composed themselves early on in the second half, stringing together a succession of field goals, including a crown raising one-handed jam by Louzada to put the Kings up by 10 with less than three minutes remaining in the third quarter. However, a massive three-pointer by Terrico White, would cut the Kings’ lead from eight to five with only a couple of seconds remaining, giving the Wildcats a little sniff of hope with the final quarter to come.

With both sides trading buckets, the task of getting his side out from under an efficient shooting Sydney Kings outfit, once again fell to their man. Cotton, who was relatively quiet, turned up the heat significantly, alongside new import big-man Miles Plumlee, as they grinded their way back to a late-game lead. To further add insult to injury, Damian Martin, who had yet to make a single field-goal throughout the entire game, gave his side the lead after knocking down a wing triple.

Despite White’s two missed free throws with 11 seconds remaining, missed three-point attempts to win the game by Shaun Bruce and Casper Ware would give the Wildcats the series lead and shift the focus over to Perth for next Friday.

For the Wildcats, a 32-point, six-rebound and four-assist night is becoming pretty standard for Cotton, as he took out Man of the Match honours by a mile, whereas Kay was the next man up with 14 points, six rebounds and three assists. Plumlee provided substantial numbers too, finishing his night with 10 points and seven rebounds.

While Andrew Bogut made his mark through his four quarters of play (18 points, 12 rebounds), it was Ware that was rather unproductive. Shooting 1-14 and going 0-10 from behind the arc, Ware would finish with five points and four assists, encapsulating one of his worst performances of the season. Nevertheless, three other players would finish in double-digits such as Kevin Lisch (17 points), Jae’Sean Tate (11 points) and Bruce (11 points).

With the Kings set to head to Perth in the coming week, Will Weaver and his staff have some serious tactical meetings ahead as one more loss would put them on the brink of a very anti-climactic end to a somewhat successful season.