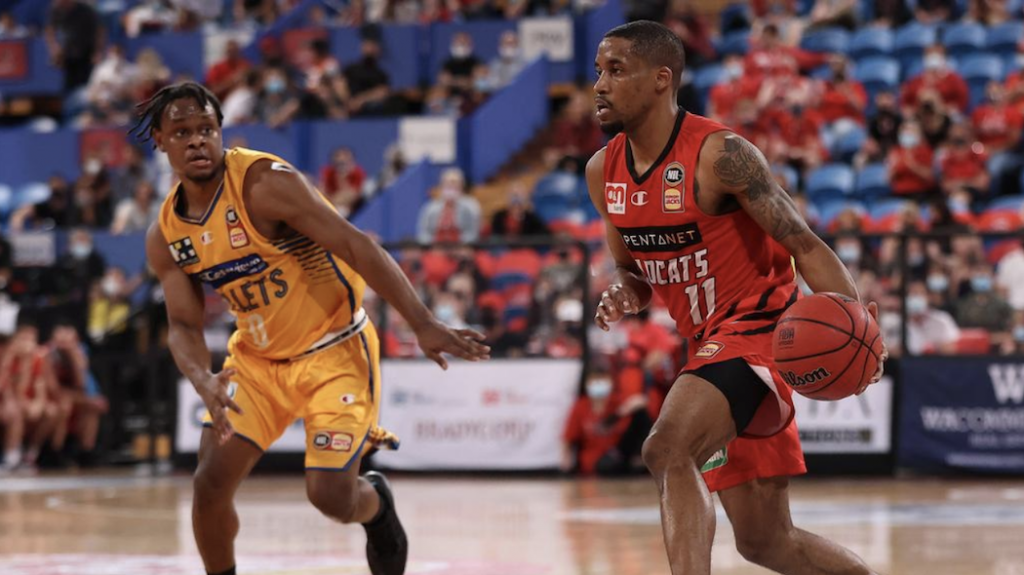 A STRONG start and an even better finish was responsible for the Perth Wildcats’ 92-74 win over the Brisbane Bullets last night, with the hosts securing a tied league-best eighteenth win of the season, putting them half a game back of Melbourne United for top spot in the standings.

Even in front of a modestly sized crowd at RAC Arena, the Wildcats ran the Bullets off the floor in the opening quarter with a 20-9 performance helped along by Mitchell Norton being the player to watch in the first 10 minutes of play. After leading by 14 points at one stage in the first, Brisbane did well to fight all the way back to within a single point at the middle stages of the second quarter. However, Bryce Cotton started to make his mark on the game along with John Mooney extending their lead out to six points with a couple of minutes left in the initial half of play.

Ultimately leading 45-36 at the main break, Perth finished the first half in relatively good form as they were shooting at a solid 45 per cent from the field. The Bullets on the other hand fell below 30 per cent in shooting during the first two quarter, making just 11 of their 37 attempts prior to the third term.

Despite making five threes compared to Perth’s two, Brisbane was inferior in almost every other aspect of the game, meaning that another strong half by the Wildcats would see another win go into the pockets of the defending champions, unless Andrej Lemanis could string together another strong run like the one in the middle of the second stanza. Perth threatened to pull away in the third pushing their lead out to 18, but before the Bullets would throw in the towel the combined work of Harry Froling, Nathan Sobey and Lamar Patterson sparked an 11-0 run to head into three-quarter time, capped off by a triple from Anthony Drmic on the buzzer.

As close as the Bullets were threatening to get, Perth’s continuous grind-type of playstyle was proving too much for the Bullets. To make matters worse, Sobey found himself with five fouls and a disqualification with less than two minutes to play. Being up by 14 points, the home side could then walk their way to the finish line concluding the meeting as 18-point winners.

The Wildcats shot the ball exquisitely at 47 per cent as the Bullets were sluggish to get the ball off their shoulder shooting the rock at 36 per cent. While Brisbane gave away one less turnover, that was the team’s only success in terms of statistics. Every other category fell the way of the Wildcats which included the dominating numbers on the boards with Perth earning 48 rebounds and 35 bench points over Brisbane’s 39 and 23.

Once again, Cotton finished on top in scoring with 21 points, six assists and four rebounds next to Mooney, who was massive on the glass with 16 points, 13 rebounds and seven assists. Norton had a rather quiet second half as he notched up 11 points, five rebounds and five assists, while Jesse Wagstaff compiled a 12-point and six-rebound performance.

Off the bench, Froling ended up being the main scorer for Coach Lemanis’ squad, concluding the night with 20 points and three rebounds. On another note, Patterson’s quiet return since recovering from injury is officially over following his 19 points, 10 rebounds and a pair of steals. Sobey finished with 14 points, seven rebounds and five assists, as Drmic contributed 11 points, three rebounds and three assists.

Brisbane will need to bounce back as the loss suffered last night has the potential to permanently derail their season, unless the Bullets can rectify yesterday’s outcome by defeating the South East Melbourne Phoenix next week. Perth awaits news regarding who they face next and when, due to the state’s three-day COVID-19 lockdown.