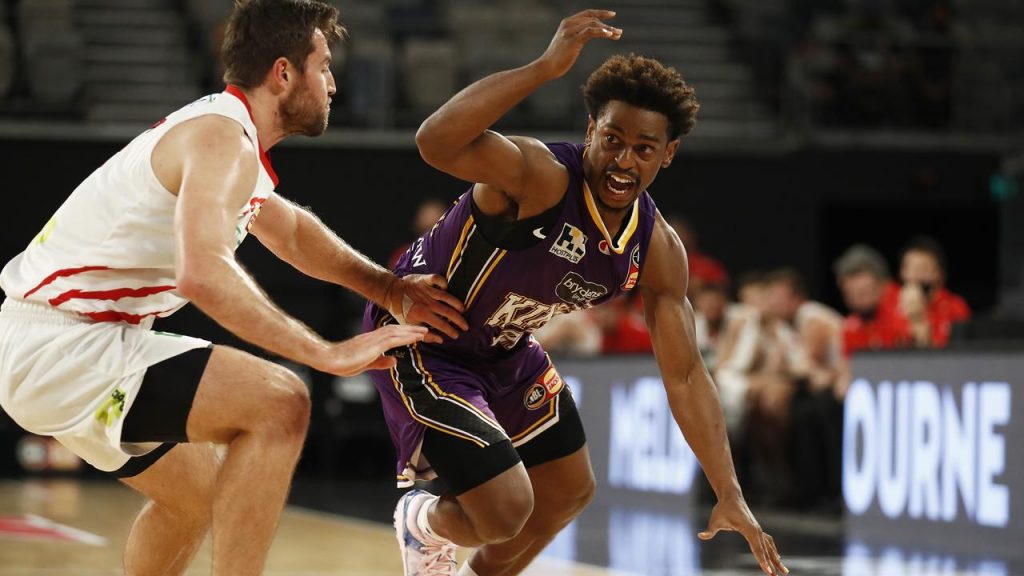 IT was a scoring fiasco for Sydney Kings and Perth Wildcats however it was the latter that walked away with the “W” (113-106). Both sides came to play with their intensity up from the first few minutes of basketball as they looked to attack the rim and claim some much needed ascendancy to close out Round 6 of the National Basketball League (NBL).

In their first meeting since the 2020 grand final the rivalry well and truly came to the fore as the two sides battled bragging rights with the Kings coming up big in the opening term of play. Although Perth slotted the first points of the game Sydney seemed to have the game on their terms as the quarter went on with Casper Ware putting on a vintage performance and inspiring the Kings each step of the way. Holding a six-point lead at quarter time, Perth worked in overdrive to cut the deficit and get back in the game piling on 30 points while limiting the Kings to 26. Shutting down their movement and looking to attack the basket more regularly Perth were able to generate some strong momentum with Bryce Cotton stepping up to the plate.

With only two points separating the two sides, it was clear that this game was going to go down to the wire and while neither the Wildcats or Kings have had the same dominance they did last year they were eager to recapture some form. An excellent term of basketball from Perth was all they needed to not only steal the lead but create a handy buffer. John Mooney was the key instigator of change for the Wildcats nailing a layup to commence play and maintained that level of intensity throughout the term. Letting loose with 32 points to 17 Perth went into the final change up by 13 points and did not look like letting go despite Ware making his presence felt for the Kings. Sydney worked their way back into the contest playing with a sense of freedom and determination but could not do enough to topple the Wildcats who had built a strong foundation in the third to run out victorious.

Statistically speaking it was hard to split the two sides with Sydney sitting at 51 per cent from the field and Perth at 50 per cent and while they both boasted a 40 per cent accuracy from beyond the arc the Wildcats managed 15 triples compared to 14. Perth showcased their strength off the boards outmuscling their opponents to collect 46 rebounds to 32 while their natural game plan of sharing the ball around was also on display amassing 26 assists to 14. Although they fell short of the win the Kings proved to be more cautious with ball in hand only recording six turnovers to eight and also registered one more block (4-3). Majority of Sydney’s points came from in the paint knocking back 42 while the Wildcats put up 34.

It was the Casper Ware show for Sydney with the guard running amuck and posting a team-high 34 points going at 100 per cent from the charity stripe and 52 per cent from the field. Ware was involved in just about everything for the Kings picking up five rebounds and four assists. Didi Louzada was the next biggest contributor for Sydney piling on 19 points and making his presence felt from down town with five triples. Dejan Vasiljevic and Thomas Vodanovich also proved to be handy figures collecting 13 and 10 points respectively while also dragging down four rebounds apiece.

With Ware doing it up one end for the Kings, Cotton flexed his muscles with 30 points and fell just short of a double-double credit to his nine assists. But teammate, Mooney did manage to reach this feat with a staggering 18 rebounds and 30 points to well and truly wow the opposition. Mooney was virtually unstoppable in defence with 16 of his 18 rebounds defensive while also coming up with two blocks. Todd Blanchfield was a consistent figure throughout the match producing 17 points, three rebounds and two assists as Mitchell Norton did not muck around thanks to his 10 points and eight rebounds.

Overcoming a half time deficit is never easy as Perth Wildcats coach Trevor Gleeson pointed out post-match, touting the impressive effort the side put in to flip the script.

“I thought it was a really gutsy win especially with how well they were shooting the ball in the first half. We had to wrestle that momentum back and I thought we did that just before half time I think about five minutes to go then we got it back to two points at half time so we built some momentum for the third quarter,” Gleeson said.