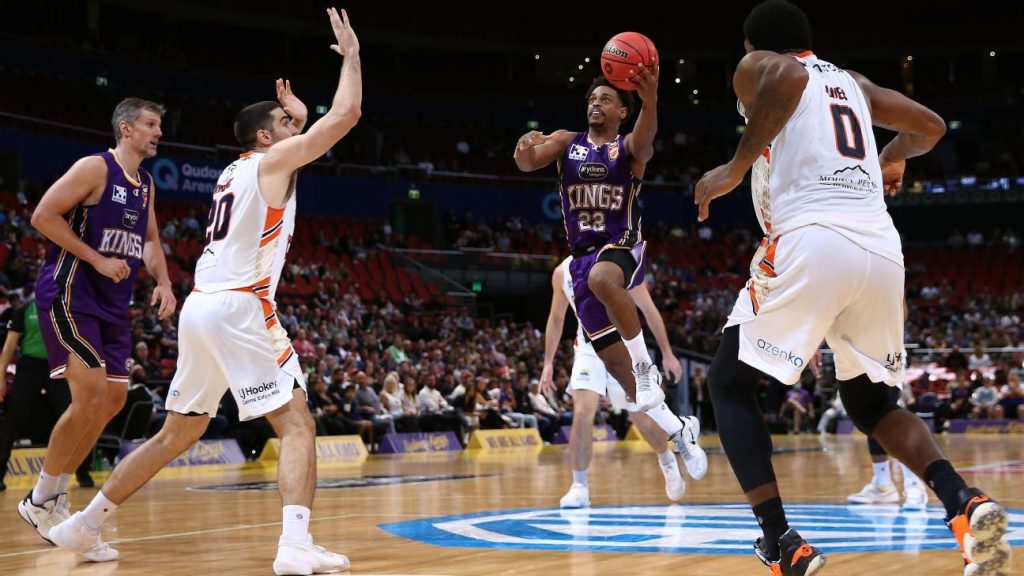 THE Sydney Kings have survived a brave Cairns Taipans resurgence to claim a 75-73 victory at Qudos Bank Arena on Sunday, despite a late charge from the visitors. Despite turning a double-digit deficit into a five-point lead early in the last, the class of the Kings shone through as they were able to outlast their opponents.

Heading into the contest, the two teams were coming off extremely different results. The Kings had just sent a message to the rest of the league with a clinical 28-point win over the second-placed Melbourne United. On the other hand, the Taipans had just been convincingly beaten by the Wildcats in Perth only 40 hours prior.

Despite Cairns bursting out to a 21-13 lead in the first quarter, the home side was able to regain the lead in the second, and with an 11-point advantage, it looked as if the momentum was swinging in their favour. With Taipans star import Cam Oliver scoreless in the first half, it was going to take something special to conjure a comeback.

Machado had delivered an underwhelming first half scoring just four points, and with his team on the brink of defeat, he paired with Oliver to take his team on a 15-0 run in the third quarter. Suddenly the 11-point lead had vanished for the Kings as they trailed by two baskets heading into the last.

With their backs against the wall, the 2020 grand finalists displayed the mix of system and talent that had delivered for them so many times in the past. Kings captains Casper Ware and Daniel Kickert made big plays for the home side as they dragged themselves back into the contest. Despite big shots and excellent defence, Sydney found themselves trailing by two with 90 seconds left.

With less than two minutes left, Kings guard Shaun Bruce nailed the biggest shot of the night, drilling a three pointer in the face of Machado. Some impressive defence on the last possession saw Machado’s game tying play intercepted as the Kings walked away with the win.

Despite not leaving the arena with the win, Machado was arguably the most dominant player on the court. He stepped up when his team needed him the most and he ended the contest with 21 points, four rebounds and seven assists. He was engaged in an enthralling duel with Ware, and while he did win that battle, he couldn’t win the war. Despite the loss, the Taipans were well served by many of their players. Oliver bounced back from a poor first half to finish the game with seven points and seven rebounds and was integral in his side’s second half blitz. Fabijan Krslovic chimed in with 13 points and five rebounds, Nate Jawai had 12 points and five rebounds of his own, and Mirko Djeric was lively with 11 points and five assists.

The win puts Sydney above .500 for the first time this season as they sit sixth on the ladder with nine wins and eight losses. They host the in-form Perth Wildcats on Sunday which promises to be an exhilarating clash. The news isn’t so good for the Taipans as the loss takes them to four wins and 14 losses for the season so far, enough to see them at the bottom of the ladder. They have the opportunity to end their four-game losing streak as they host the struggling Adelaide 36ers on Sunday.