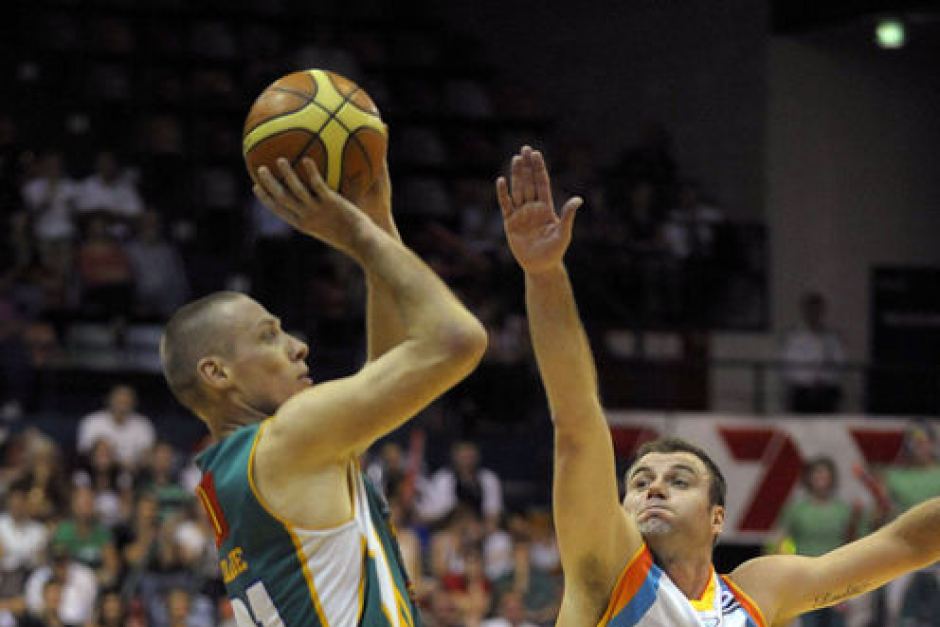 ELIMINATION series are incredibly thrilling. With no time for mistakes and no time for learning, all you have are the two or three home-and-away season head-to-heads to go off and one match to decide if your season is finished or just beginning. With no Australian basketball to look forward to for the time being, Draft Central has taken a look back at a huge classic content, the 2008/9 National Basketball League (NBL) Elimination Final, a game that fans ought to watch again.

With everything already on the line, Crocodiles forward Russell Hinder had made headlines that week for complaining about the security and behaviour of fans at RAC arena. Safe to say, every time Hinder touched it, the Perth fans made their voices heard.

But with such immense pressure to start right, the Crocodiles were lucky to have someone like John Rillie, who came out with back to back triples to put his team on the board. Soon after, more Crocodiles were throwing it from deep, as they clearly were given the green light from the perimeter. This run and gun strategy was juxtaposed by the slow and methodical pace of the Wildcats, who always tried to see if there were any easy post buckets first, before letting it fly with jumpers.

It appeared both strategies worked pretty well because the first quarter ended with the Wildcats leading 29-27. The Wildcats were not able to find an answer for Corey ‘Homicide’ Williams who was able to slash in the paint with ease and dish it for an assist, or go over the tall defenders for the sweet lay in. This really speaks to Williams’ talent because Perth came in as one of the best interior defending teams in the league. Between his and Rillie’s hot shooting, Perth were struggling to weather the storm, showing no signs of a smart offence when it was their turn. The half would mercifully end as a sea of red looked stunned, as the Crocodiles led 54-43.

Brad Williamson came out with a heat check brick that was definitely out of his range, after going three for three from deep in the first half. This was the positive sign the Wildcats needed to flip momentum. But after Williams was bumped subtly after a missed lay up, Rossell Ellis came in flying for the next possession contesting with Ben Knight, as they tried to establish post position until it just turned to the two players pushing each other. With Perth only down by seven and the entire crowd getting involved in the commotion, the Wildcats were not going to get a better sign to start picking things up – and that is exactly what they did.

They turned things around completely, taking better shots on offence and put more pressure on their shooters to drive or pass. However Rillie was having one of the hottest nights of his career shooting nine from 14, in order to preserve the lead of just six points heading into the fourth. No player in NBL history had ever mad ten threes in a playoff game, so Rillie had one last quarter to make history.

Wildcat defenders played that last quarter cross-eyed, with one eye on the ball and one on Rillie. But it was no good as he got his 10th with less than eight minutes to go. While the record of 13 – in regular season or post season – was tempting to think about, this was still a one-point game where the team that lost would pack their bags.

Adam Caporn was able to take the lead for the Wildcats with just over five to go. Perth had only come from behind in the fourth quarter to win a match once all season, so you can imagine how loud the home crowd was in these closing minutes. But Corey Williams fed off this energy, hitting three straight jumpers and vocally egging his team on.

With less than a minute remaining, Williams would not be silenced, dragging the Crocodiles up by four. But after a drawn out play that resulted in a bucket, Peter Crawford was called with a controversial reach while his team was in the bonus. Of course, none other than Williamson went to the line to sink both for a final score of 103-96 – game over. Townsville had won their second away game in the playoffs in 17 years, with 11 attempts, and only their first time beating Perth all year.

Townsville would go on to lose to the South Dragons in the semi finals, but no one should forget what they had to do to get there.