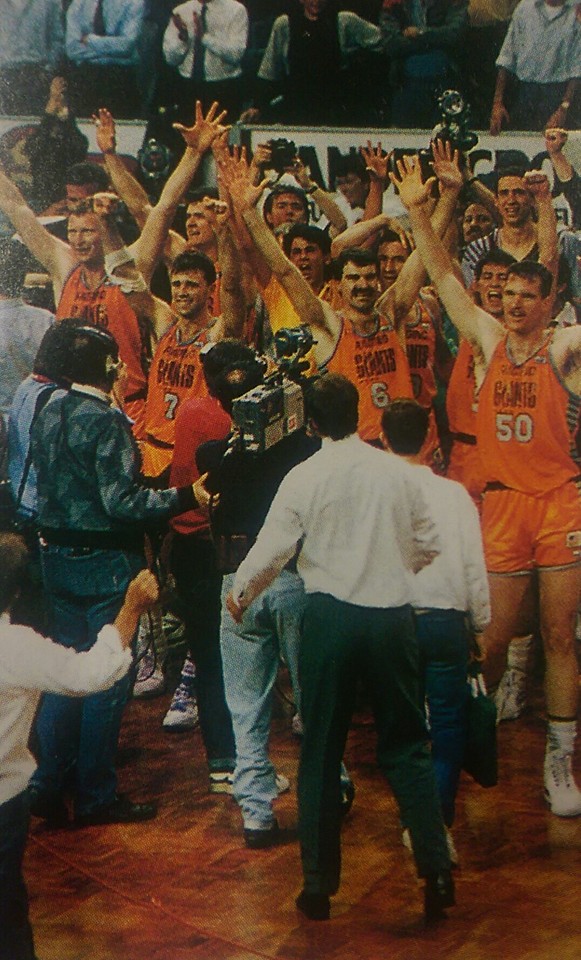 ALMOST every basketball fan has respect for the National Basketball League (NBL) pioneers, the ones that carved a path for the great league we have today. Yet, even with hardcore fans, most are unable to recite a name other than Andrew Gaze. That is why this Classic Contest in particular provides such an important insight, because it shines a light into the great season and postseason of the North Melbourne Giants, led by NBL trailblazer Scott Fisher.

Before looking at the historical Game 2 of the 1989 NBL Grand Final, some important context must be provided. Fisher had only been in the league for three seasons, but had already established himself as a household name, losing in the previous year’s Grand Final and winning the MVP in 1989. The team they lost to? Their rival Canberra Cannons, who were now fighting to win back-to-back-to-back Grand Finals. Safe to say, it was time for the North Melbourne Giants to show up.

For an up-and-coming league only in their tenth season, this game started out perfectly. For the first seven minutes, neither team could find any edge, as both teams gave away the lead twelve different times. It was only when the Cannons dominated the glass, both on offence and defence, that they were able to establish a firm lead that would go as far as 11 points. However, this was shrunk through a successful Giants zone, as it prevented further opponent rebounds and put a stop to fast transition buckets from the Cannons.

But just by watching this game alone, one can realise why Fisher won two MVPs in his career. Built like a tank, the Californian star was remarkable in driving into the opponent’s rim and either shooting through the defender or kicking it out to an open teammate. A true revolutionary for his time. But even having a superstar like that in your possession, both teams were extraordinarily similar in terms of overall talent and production, evidenced by a 56-all score at the end of half time.

It was clear to every man on that court that if they wanted to win this game, they had to play at another level – and that is exactly what happened. The Giants began charging to the rim with ferocity, shoulder first into the chests of each Cannon defender. The Cannons picked things up by sending four players to the board on every shot, smashing the rebounding column. Both strategies were equally devastating and matched in their desired effect.

All that could come from this was a one-point Giants lead coming into the fourth term. This was a perfect situation to see which team had championship DNA. This was also a perfect game to illustrate Fisher’s brilliance. Even when watching this game over 30 years later, any fan can appreciate the sheer court vision displayed, especially once the defence collapsed on the star.

The defence grew frustrated with Fisher’s playmaking abilities, well ahead of his time, and started throwing out silly fouls leading to a few Cannon players being fouled out. Composed from start to finish, this was all the Giants needed to break away with a small lead that would turn into a final score of 111 to 97, for a momentous Giants victory and their first NBL title.

The crowd erupted in cheers and a banner hung down into the rafters, ‘The Glasshouse Congratulates GIANTS NBL ‘89 CHAMPIONS’. A perfect end to a perfect season.