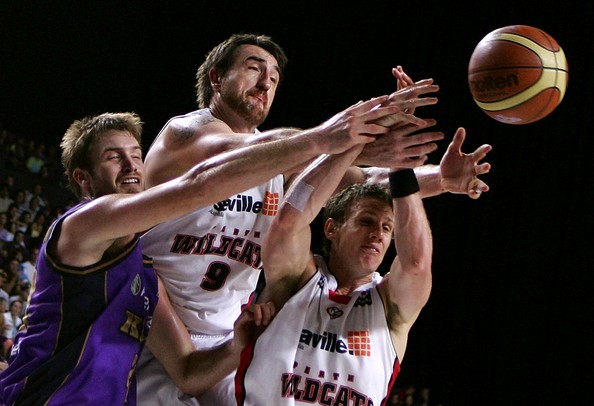 EVERYONE is missing the National Basketball League (NBL). You are not alone. Fortunately, Draft Central is providing content with or without live games. In today’s classic contest, we look at the 2000s Perth Wildcats side for the second time in seven days. Why? Because they made history to start the millennium by becoming the first team in NBL history to win four NBL titles. So it is only right we look at the last night of their monumental championship season.

The Victoria Titans had lost a thrilling Game 1 by just six points, so with their backs against the wall, they found themselves trying to tie the series in enemy territory. There was a great sense of weight and urgency all the way from when the clock started counting. Actually, even during the pre-game warm ups, when the teams were trying to calm themselves down in the lay up line, a mob of Perth fans seemingly heckled the Titan players. No doubt there was a Grand Final atmosphere that night that was unable to be matched by any other game held that season.

With all of this clear in both teams’ minds, it made it tougher for Victoria when they came out with a crowd silencing dunk to start the ball game. The Wildcats took a little longer to put a dent on the scoreboard, and while they were dominating the Titans on the glass early, they failed to put the ball through the net. This was unsurprising with all the chips in their lap – higher on the ladder, a lead in the series, home court advantage – and clearly the expectation was for the Titans to win the game. Any added pressure put on top of just participating in a Grand Final, whether positive or not, can make be very nerve wracking, leading to easy misses and silly turnovers.

That’s exactly how the Wildcats played for the first period, not even able to reach double digits as they trailed 9-15, but leading the game in rebounds. With only two veterans scoring for the Wildcats, this was their lowest scoring quarter of the season.

The Wildcats came out in the second with a clear game plan: attack the rim and get to the line. A pretty smart way of slowing down momentum for an escalating team while also allowing the shooters to get in their rhythm. In Game 1 they shot 10 from 13 and looked to implement the same game plan this quarter to try and wrestle back some momentum.

But there was one problem. The Wildcats failed to score even at the charity stripe and went zero for two in their first attempts all game. As you can imagine, the Wildcats ran back into transition feeling very cold. The Titans capitalised, scoring seven straight points to push the lead 18-9. Finally, Marcus Timmons would break the drought for Perth with a corner three. This was just the spark they needed, and like the Titans in the first, Perth went on a run that saw them score eight straight points before the Titans could find the net once more.

With a little less than three minutes left in the half, the Wildcats led by a point. But by the end of the half, they led by eight. This is why Perth were a championship team, able to produce a remarkable turnaround in such a short amount of time. Even when the shots were not working, they never took their foot off the pedal, and in large thanks to Timmons’ 16 points, they now had the momentum in a closing game.

Not long before, it had looked like Perth were doomed to play in an elimination Game 3. Now the Titans, who had seven less rebounds and five less assists, were unable to gain an edge in the third and now trailing by ten.

The truth is, when watching this game back, the Titans never had a chance. The Wildcats carried off the momentum of the crowd and Timmons’ historic shooting from the bench – 7 of 12 from the three. They looked confident, united and unfazed, all characteristics of a championship team. That is exactly what they became that night, winning the game 83-76 and becoming the 1999-2000 NBL Champions.

The Wildcats of this era should be remembered as one of the best teams of their time. Led by players like Anthony Stewart who finished with 20 points and seven rebounds, or of course Paul Rogers, who hit some big time shots to go with his nine points and eight rebounds. The Wildcats would never have been able to function like they did without a player like Ricky Grace, who dropped an impressive 13 points while dishing eight assists and clobbering seven rebounds.