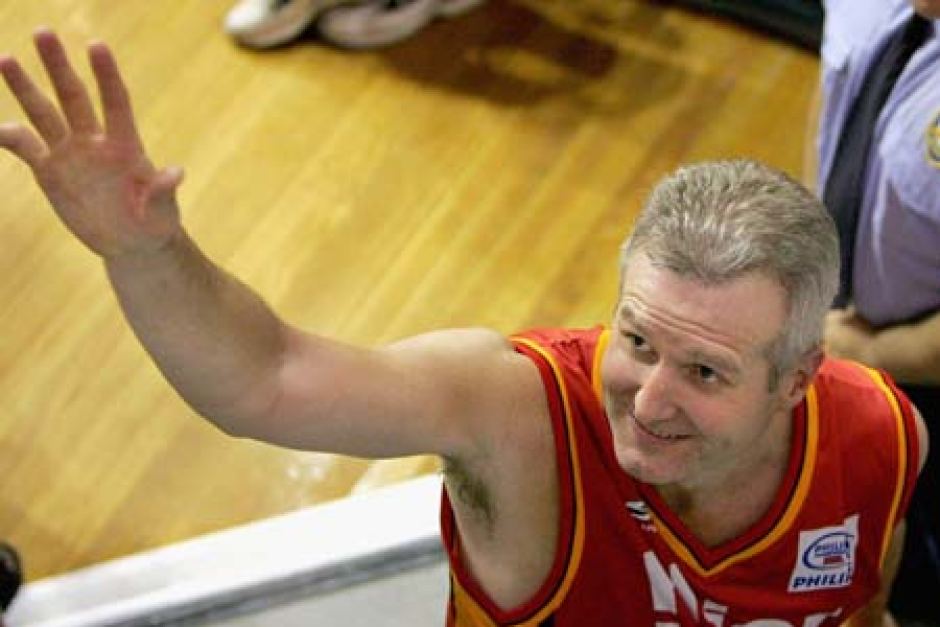 NO name is more prestigious, more honoured or more protected in the National Basketball League’s (NBL) great history, than the outstanding Andrew Gaze. If you have been a fan of Draft Central’s running Classic Contest series, then you would be aware that we think very highly of the Australian superstar. When you are the league’s all time leader in points and assists, have 14 ALL-NBL First Team spots with seven MVPs, two championships, all while staying loyal to the same team, the respect placed on Gaze is more than warranted.

So that is why when looking back at the big man’s 600th game against the Adelaide 36ers, it is a perfect match for younger generations or die-hard fans to reflect upon his greatness because after all the speeches and gift baskets were thrown Gaze’s way, once the buzzer sounded, this game was just like every other. The opponents were not going to give away freebies, in fact, they were not even allowing him to touch the ball in the first few possessions. In the first four minutes of the game, Gaze had not even had a shot attempt, but was able to bait his defender to go one way just so he could cut right to the basket for the easy lay up. No matter how hard the defenders played on him, Gaze always found a way to put the ball through the net. Even at the age of 40, when the athleticism had slowly regressed, his smarts and feel for the game was only peaking, making him a nightmare for all opponents.

And with that first shot, and the following made three from Gaze on the next play, the rest of the Tigers supporting cast only fed off this energy, shooting a ridiculous six from eight from the three as a collective in the first quarter. What stood out in this game more than anything else was Gaze’s unselfishness in every possession. He would be on a two on one fast break, have a chance to take a decent shot – because who is going to criticise the star that day – but would pass it off to long time supporting star Lanard Copeland, for the better shot. It was these types of plays that made Gaze stand out, and kept the 36ers trailing by 11 at the half.

With both teams fighting to stay in finals contention, Adelaide had to make some serious coaching adjustments if they wanted to spoil this parade. And that is exactly what they did. Firstly, they started to defend the perimeter tighter, by going almost over all screens and playing off-ball touch defence on the Tigers’ prolific shooters. Secondly the 36ers tried scoring closer to the rim instead of settling for elbow jumpers. This was done by sending multiple bodies to the key to steal offensive rebounds. This actually worked as the 36ers came within six points of the Tigers. But Lindsay Gaze, the Tigers’ long time coach and father of Andrew, was a basketball mastermind. He immediately threw out a small ball lineup, while only keeping the big Mark Bradtke on the floor, that was so offensively talented that the 36ers were finally forced to bench their bigs who were scoring so freely in the paint from fear that they were unable to keep up with the run and gun forwards of the Tigers.

Unfortunately for the 36ers they made that decision too late and were now entering the fourth quarter down 20 points. From that point on, the game was decided, and it was in large part thanks to Lindsay, an underrated facet of the Andrew Gaze era. The Tigers won by a comfortable margin, 112-95. Everyone, from both teams came up to Gaze to hug and congratulate him, before he was lifted onto the shoulders of his beloved teammates. Gaze was able to punch in 24 points while shooting a jaw dropping 67 percent from the field. Dave Thompson also impressed with 17 points and seven rebounds. For the 36ers, no one played close to the level of Dusty Rychart, who finished the game on 28 points with 21 rebounds.