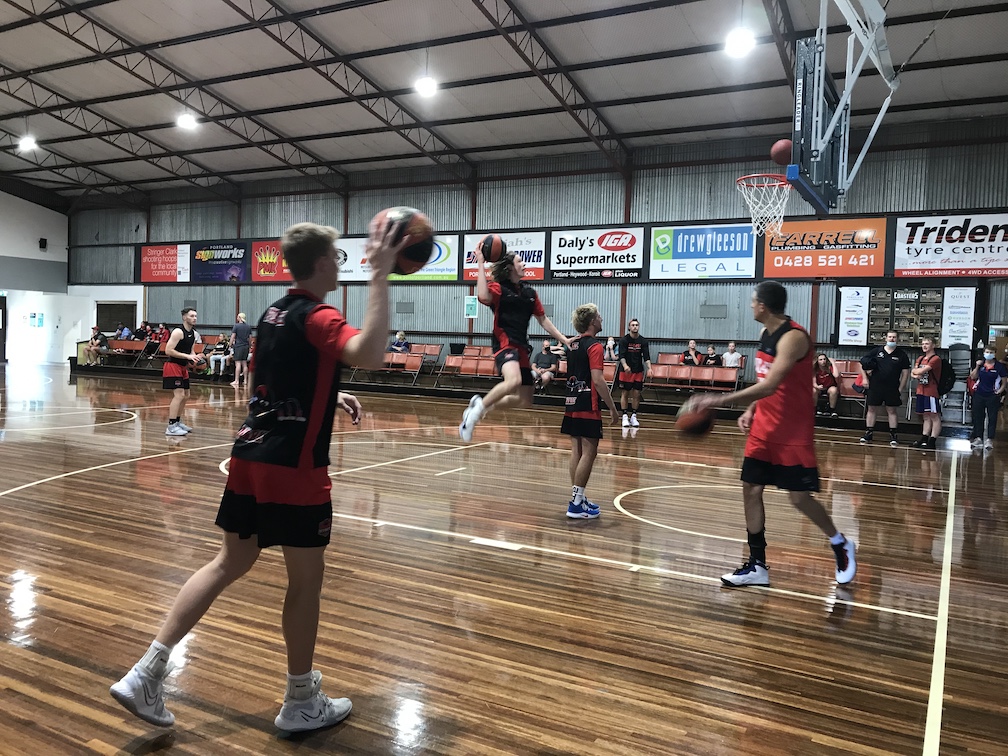 THE top two teams in the Country Basketball League (CBL) South West division recorded big wins on the weekend to position themselves strongly ahead of finals in a fortnight. The unbeaten Ararat Redbacks showed no mercy against the winless Bellarine Storm, running out a whopping 35-point winner in front of home fans. In the other game, the Portland Coasters temporarily grabbed top spot with a 12-point victory over Colac Kookas.

Ararat Redbacks dismantled Bellarine Storm in a head-to-head up opposite ends of the ladder during their 120-85 victory. It was the highest recorded score this season in the division, with five players recording double-figure points. Zac Dunmore was the dominant player with 27 points, followed by Ethan Fiegert (17). Joshua Fiegert (14), Cody Lindsay (14) and William Hynes (12) were the other impressive contributors for the Redbacks in the victory.

Meanwhile despite the loss, Bellarine Storm still managed to put 85 points on the board and had four players notch up double-figure points themselves. Nathan Gronbeck was the key scorer with 19, while Vincent Whelan (17), Rohan Jarvie (14) and Kody Wilson (12) all had a hand in helping their side to the big total.

In the other match, Portland Coasters recorded an 86-74 victory over Colac Kookas to regain pole position, albeit with an extra game to their name. The Coasters shared the points around as Pat Burgoyne (21 points), Nathan Hardingham (17), David Denboer (14) and Toby Jennings (10) all reached double figures. For the Kookas, it was the Jordan Lingard show as he managed 24 points, while Matthew Lloyd finished with 16 points in the 12-point defeat.

Round 5 sees the Redbacks coming up against the Cookas and the Coasters playing their last game against the Storm. In the other match, Terang Tornadoes and Warrnambool Seahawks return to the court after an extended break.