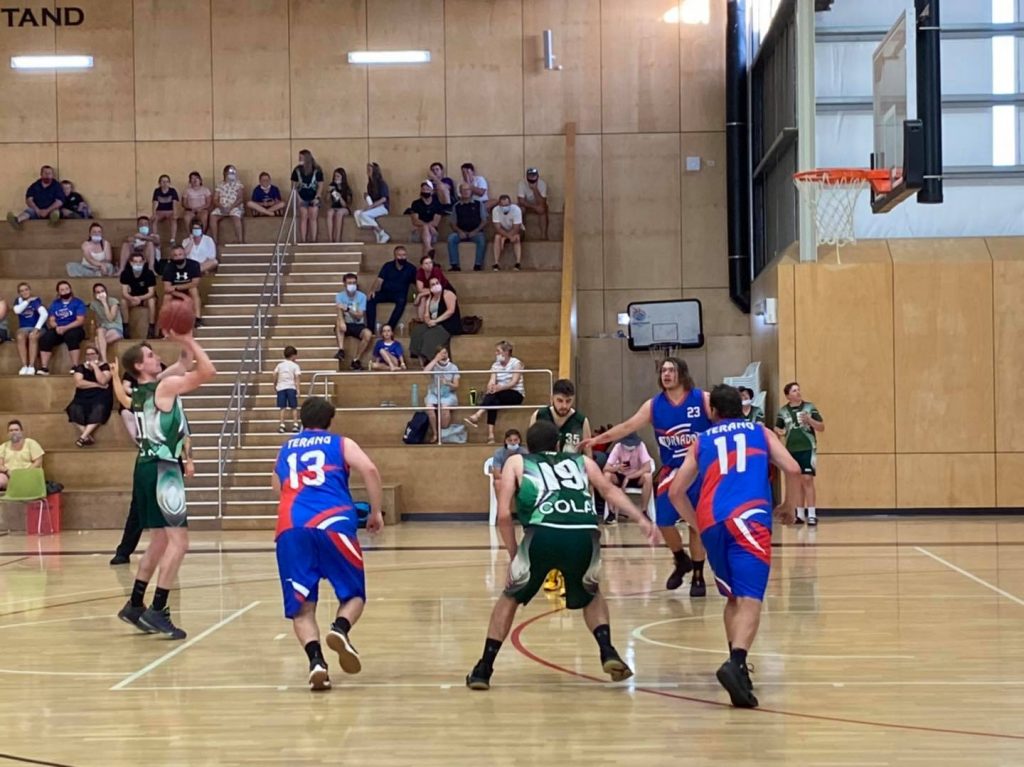 IN the most even Country Basketball League (CBL) region to-date, the South West Men have seen five of the six teams already collect a victory in the opening two rounds.

Only Bellarine Storm is yet to taste victory in the CBL, picking up a couple of narrow defeats at the hands of Warrnambool Seahawks and Terang Tornadoes. Both those sides have also suffered defeats, with Portland Coasters the first side to reach two wins with victories over the Seahawks and Tornadoes, while Colac Kookas and Ararat Redbacks have won their sole game thus far in season 2021.

Portland Coasters sit at 2-1 from the season thus far, though their season did not start off as hoped, going down to Ararat Redbacks. Nathan Hardingham notched up 20 points in the defeat, while David Denboer and Jackson Dunlop shared in 15 points. Zac Dunmore starred for the Redbacks, piling on 29 points, while Ethan Fiergert hit up 19 in the victory for Ararat.

Gritting their teeth and finding a way through, the Coasters got the job done against Warrnambool Seahawks, 73-65. Dunlop scored 16 points, while Pat Burgoyne (15) and Hardingham (10) both hit double-digits. For the Seahawks, Liam Killey (19 points), Matt Rea (13) and Adam Lawson (11) recorded double-figure points during the narrow defeat.

Another narrow victory, this time against Terang Tornadoes, saw Portland claim a 85-81 triumph at home. Hardingham was again busy for the winners with 17 points, while Burgoyne (14), Dunlop (13), Denboer (11) and Jack Walsh (11) all shared the buckets around. Griffen McLeod managed 16 points for the Tornadoes, while Scott Judd (14) and Jake Bartlett (13) were among six players to notch up double-digit points.

Terang split its other two games, starting with a 15-point defeat at the hands of Colac Kookas in Round 1. Logan McLeod (21 points) was the standout shooter in the loss, while Judd (14) and Bartlett (14) both shared the load. Jordan Lingard (25 points) was the deadliest shooter for the Kookas, while Steven Packer (13) also contributed during the 78-63 triumph.

The Tornadoes had much better luck against Bellarine Storm, winning 101-74 at home last Saturday. Six players hit double-figure points once again, led by Bailey Kemp (18 points), Bartlett (16) and Judd (14). Rohan Jarvie scored a match-high 21 points in defeat for the Storm, while Nathan Gronbeck added 12 points to his team’s cause.

Bellarine Storm’s first loss came against Warrnambool Seahawks, going down by a narrow six points. Kody Wilson was the number one shooter for the Storm in the 82-76 defeat, putting up 15 points, while Jarvie and Gronbeck hit 13 apiece. Riley Nicolson scored 20 points in the win, while Lawson secured 15, and then three players – Benson Steere, James Mitchell and Killey – all managed 13.