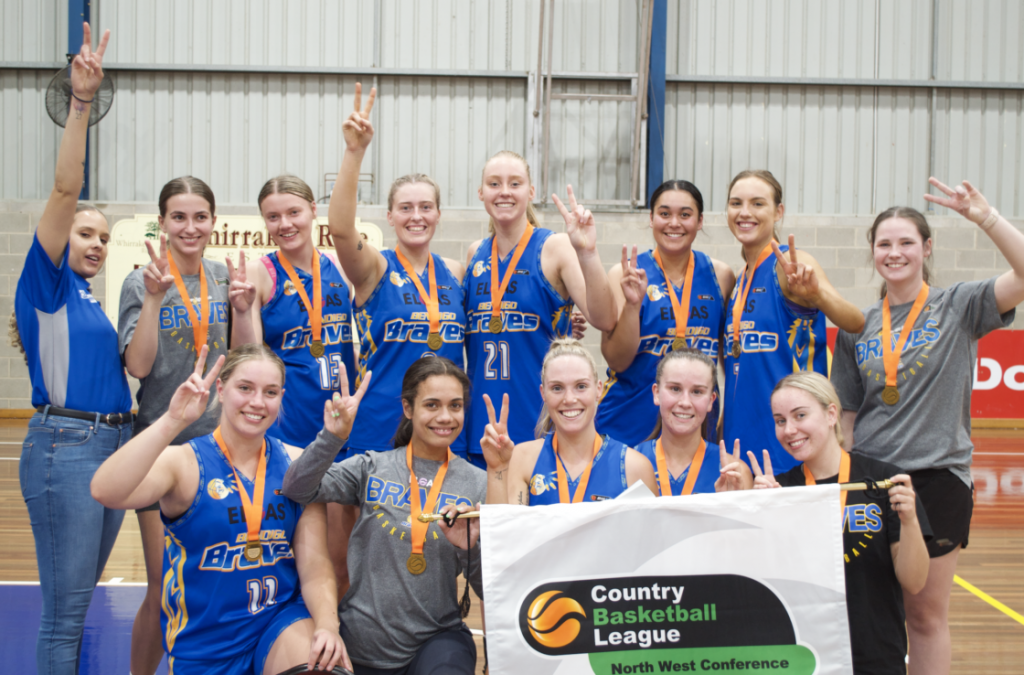 BENDIGO braved the storm against Maryborough Blazers in the grand final on Saturday defeating the home side by 11 points (64-53). In the highly anticipated North West, Country Basketball League (CBL) Grand Final rematch the two sides ignited their growing rivalry but this time the tables were turned, as the Braves powered home against the reigning champs to exact revenge on the home side.

Playing with an overwhelming amount of emotion it was a matter of which side would settle first and while the Blazers opened the account it was the Braves that found an element of consistency and composure which enabled them to create a handy buffer. Bendigo pressed hard throughout the game establishing an 18-point difference at the main change before the Blazers once again bit back to eat into the deficit as their experienced heads led the way. But with a premiership on the line the Braves were not about to let the opportunity slip through their fingers, fighting off Maryborough and earning the silverware.

There were a number of key contributors across all facets of the game for the Bendigo side as Jack White starred with 18 points but did amass four fouls putting him in a bit of trouble. Trent Leech was named player of the match for his performance knocking back 17 points and combining effortlessly with White to keep the scoreboard ticking over while Jake Lloyd was the sole other player to register double-digits with 12 points.

For Maryborough, Lachlan Drummond led the charge posting a team-high 16 points as Brady Neill also effectively plied his trade managing 14 points. Darcy Bond’s hot start did not go unnoticed as he finished with nine points for the match but it was not enough to help the side go back-to-back.

Bendigo made it two from two, in the North West Division with the women’s side downing Kyneton by 23 points as the Braves went back-to-back (73-50). It was a fierce battle from the first buzzer with neither side willing to give an inch and contesting hard, a true earmark of both sides playing styles.

With high hopes heading into the clash, the Braves took a while to fully kick into gear as Kyneton pushed them every step of the way. Both sides flexed their muscles and imposed their physical nature on the contest only for Bendigo to pull away in the third and stamp their authority on the match. despite only having eight players named in the squad the Braves made the most of their options with each player hitting the scoreboard and three of them hitting double-digits while for the Tigers it was a bit of a different story, unable to play with great freedom and attacking prowess.

Sharna Appelby was the key cog for the Braves, posting an impressive 23 points, while Madeline Sexton was not far off with 19 points. Hayley Harrington also influenced the play adding 12 points to the scoreboard with Sophie Perkins also managing eight. The Tigers looked to Alexandra Strawhorn to lead the way through her 11 points, while Brooke Mangan and Michelle Fletcher 10 points apiece in the loss.