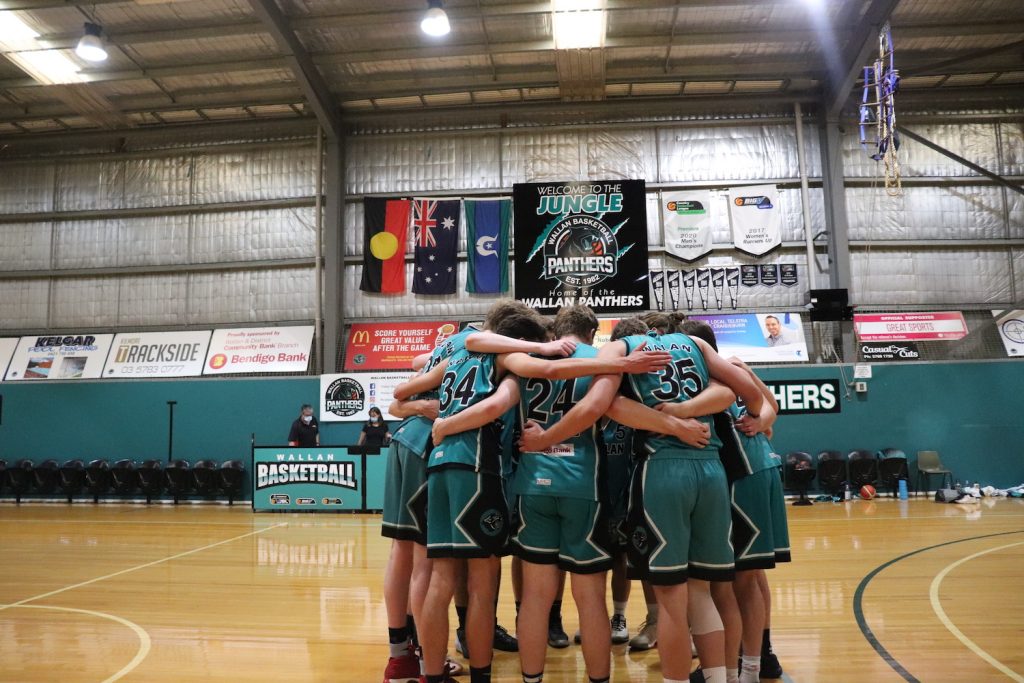 ROUND 5 of the Country Basketball League (CBL) North East division played host to some close encounters, especially in the men’s league, while in the women’s there were a number of blowouts as Wangaratta and Myrtleford collected big wins. Despite the loss, Seymour still holds onto top spot in the women’s league, while they also flex their muscles in the men’s sitting pretty in first.

Both the Shepparton Gators and Wodonga Wolves enjoyed the bye in Round 5 as the remaining sides battled it out to keep their season tracking along nicely. It was a relatively tight round of action with two results decided by 15 points or less. Wangaratta Warriors collected the “W” against the Myrtleford Saints running out eight point victors in the tight tussle. But the Saints rectified their performance in their next outing claiming a 12 point win over Benalla Breakers the following day to end the round on a high.

It is hard to go past the services of Liam Wright as he led the charge for the Warriors with 17 points to his name. Wright managed to find plenty of the ball and most importantly was able to keep the scoreboard ticking over as was teammate Brodie Paul who slotted 10 points of his own. Michael Jenkins hit the scoreboard with seven points in his sides win while Edward Dayman managed five and Charlie Young and Hayden Johnston slotted four apiece. Tristan Purss was a reliable source of points for the Saints in their clash against the Warriors equally topscoring with Ryley Bouker with nine points. Tyler Barker also hit the scoreboard downing eight points as Marcus La Spina finished with seven.

Bouker continued his hot form in his second outing notching up 14 points however it was Austin Wickes that stole the show thanks to his 24 points against the Breakers. Speaking of the Breakers, Patrick Mahoney once again inflicted plenty of scoreboard pain thanks to his 22 points while Lachlan Kego kept the tally going with 15 points of his own but it was not enough to spark a win. Despite the loss, Benalla hold onto third spot as Myrtleford secure second.

Wangaratta made light work of their opponents downing them by 30 points but the biggest win of the round came from Myrtleford Saints who demolished Benalla Breakers by 61 points. It was a closer game between Seymour Blasters and Wallan Panthers as the latter notched up their third win of the season to hold onto second place on the ladder.

It was a strong outing for Wangaratta with Ebony Norris leading the charge thanks to her 21 points. She was not alone though with teammate Jorja Reidy showcasing her scoring ability to finish with 14 points as Tessa Clayton also slotted 10 points of her own in the win. For the Saints, Tara Breen was the key contributor through her 10 points in the loss while Georgia Clark knocked back nine points. However they completely flipped the script in their next outing, putting on a clinic against the Breakers as Breen managed 11 points and Clark topscored with 20. There were a number of other key contributors such as Kaylea Kobzan (17 points), Paige Zamperoni (16 points) and Evie Hughes (14 points) displaying the Saints depth. Despite the loss, Ebony Grace had a hot hand recording a team-high 14 points while Gertie McCallum chimed in with eight points.

The scoring was somewhat evenly spread for the Panthers however there were two main targets with Carley Cranston topping the table with 19 points and Megan Marasco also lending a hand with her 11 points. Katarina Kekez produced eight points in her sides win while Erin Mifsud piled on eight points. Although they did not walk away with the win Maddison Ford starred for Seymour collecting 20 points as Leah Swain knocked back 12 points and Hayleigh Frost managed 10.