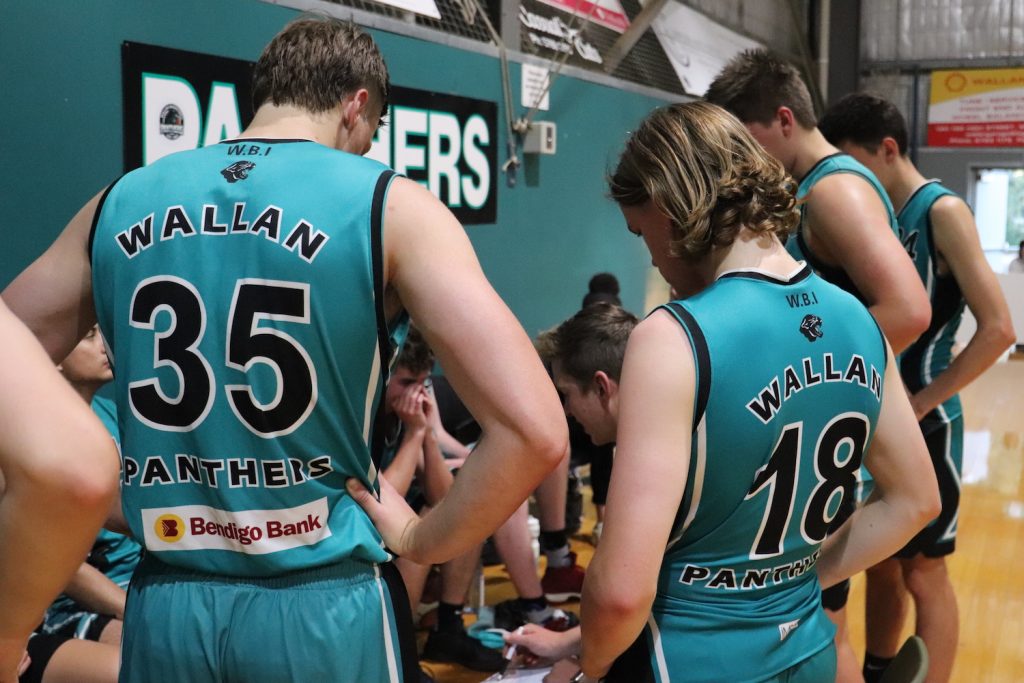 EVERY supporter base went home somewhat happy from the Country Basketball League (CBL) Round 3 clashes on Saturday, with each of the four teams in action having a win in either the men’s or women’s North East divisions.

Wodonga Wolves and Seymour Blasters both picked up impressive wins in the sole Round 3 matches on Saturday. The Wolves toppled Wallan Panthers at home, 91-63 to move up to second on the table and grab their second win of the competition. Meanwhile Seymour Blasters continued their ripping start to the year, running out 16-point winners over Myrtleford Saints who lost their first game of the season, leaving the Blasters undefeated on top of the table from three games.

In Wodonga’s win over Wallan, Byron Hosie (17 points) and Brock Thompson (15) led the way, though the points were shared around to add to the massive total of 91. Also hitting double-figures for the winners were Samuel Hawkins (11), Jordan Teunon (10), Jordan McGuire (10) and Darcy Skepper (10). For the Panthers, Sebastian Villegas (14 points) was the top scorer, while Keenan Gorski (13) and Luke Liesegang (13) also contributed strongly in a triple threat for the visitors.

Winning on the road, Seymour’s Robbie Sartori was the sole double-figure scorer with 13 points in the win, and whilst they did not have another double-digit scorer, had a host of players with seven or more points. Among them were Jordan Hockley, Harrison Stones, Tyler Best and Lincoln Stewart who all contributed eight points in the win. For the Saints, Jalen Barker proved the danger man with 17 points, while Ryley Bouker (11) was also impressive despite the defeat.

Earlier in the day for the double-header, the same four teams faced off in the women’s North East CBL contests. Both matches were a lot tighter, but yielded opposite results. Myrtleford kept the home fans happy with a 63-56 triumph over Seymour Blasters in what was the first Saints’ game for the year after back-to-back byes, whilst handing the Blasters their first loss of the season. Meanwhile in the other game, Wallan Panthers were pushed all the way against Wodonga Lady Wolves on the road, but came away with the points to win 75-74 in a thriller.

In Myrtleford’s seven-point triumph, Georgia Clark led the way with 18 points, while Paige Zamperoni hit 11 points in a strong supporting effort. For the Blasters, Maddison Ford proved a crucial shooter, knocking down 21 points in the defeat, while Olivia Pearce managed 13, and the points were otherwise shared around with four players noting six points or more. Every player who entered the court for the Saints in the win, registered at least two points in a real team effort.

For the Panthers, Amber Ross (20 points) and Megan Marasco (19) caused all sorts of headaches for the Lady Wolves during the narrow victory. Carley Cranston (11) also hit double-figure points, with the likes of Erin Mifsud (seven) and Kasey Lennox (six) both contributing. For the Wodonga, it was a triple threat, as Melanie Kirby (21 points), Caitlin Reid (18) and Jade McCowan (16) made up the bulk of their points during the loss.