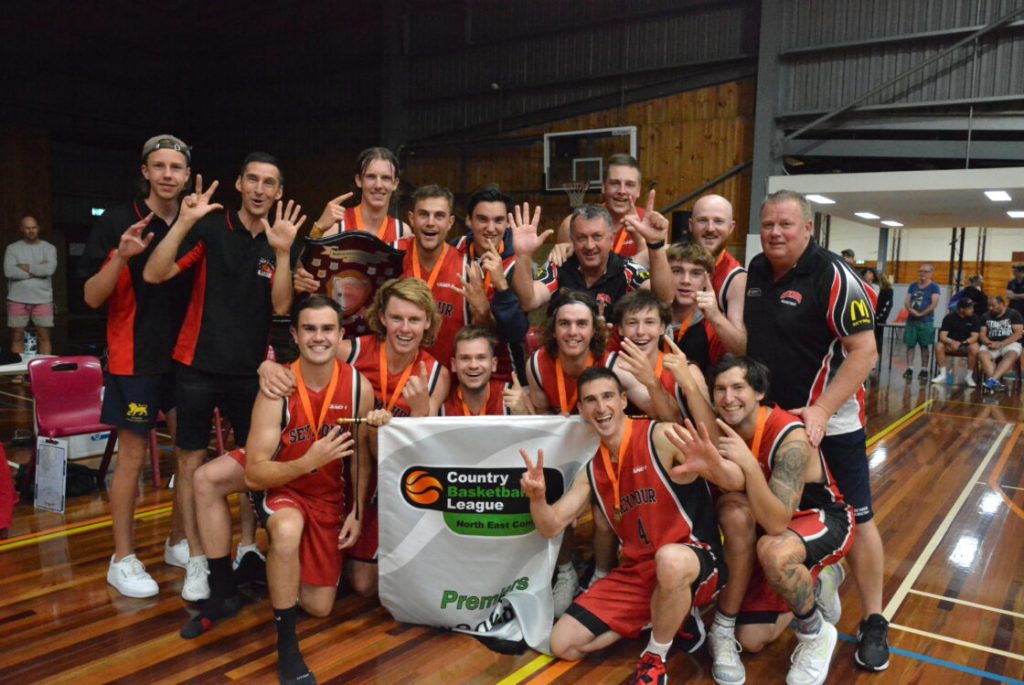 SEYMOUR Blasters put Myrtleford to the sword in the Country Basketball League (CBL) North East grand final, romping home a 27 point win (80-53) to claim the silverware. It was a repeat of the last time these two sides met with Seymour getting the job done then and going two from two on the weekend.

There was no shortage of attacking options for the Blasters as four players reached double figures in the win showcasing just how multifaceted the side is. In the end it was Jordan Hockley that led the troops with a game-high 17 points and while he got into a bit of foul trouble with three to his name he was still able to have a commanding influence. Tyler Best also impressed in the win knocking back 16 points as Robbie Sartori piled on 13. The only other player to reach double-digit points was Thomas O’Connor who produced 11 and proved to be a real gamechanger across the court.

It was a difficult game for Myrtleford with only two players really able to get their game up and running as Tyler Barker topscored with 12 points. He was ably assisted by Marcus La Spina who slotted 12 points while Austin Wickes was the next prolific with eight points.

Unfortunately it was not the same story for Seymour Blasters in the women’s division as Wodonga Lady Wolves flipped the script, claiming a 20 point win (82-62) and bouncing back well having lost in their last encounter. The Wolves’ finals experience was crucial and they took advantage of it, exploiting the Blasters to walk away with the premiership.

The reliable trio of Caitlin Reid, Jade McCowan and Charlotte Beaven were up to their old tricks and played an integral role in the win with Reid almost unstoppable thanks to her 27 points. McCowan was next with 14 points as Beaven chimed in with a handy 11 points. Casey Ardern also made her presence felt knocking back 11 points highlighting the overall versatility and plethora of scoring options for the Wolves side.

For the Blasters it was the combination of Hayleigh Frost and Maddison Ford that kept them in the contest with the duo nailing 21 and 20 points respectively. But after those two, the scoring options fell off with Leah Swain the next closest posting 12 points.