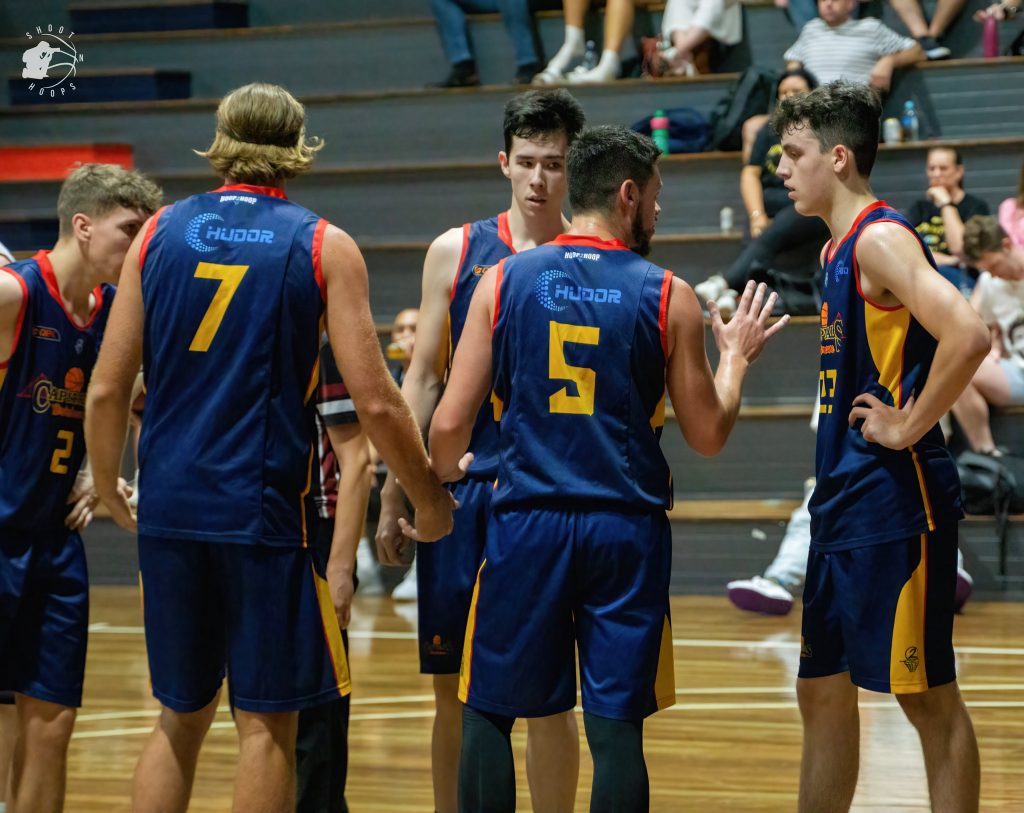 IT was a big weekend of Queensland State League (QSL) Men’s action with Sunshine Coast Phoenix Teal and Brisbane Capitals progressing through to the semi-finals. Phoenix Teal caused somewhat of an upset defeating their higher ranked opponent, while it was no surprise the Capitals got the win over Thunder, after narrowly missing a top two position based on percentage. The two winners will now face RedCity Roar and Ipswich Force who bypassed the quarter finals stage.

Phoenix Teal flipped the script on the Spartans in their quarter final clash, downing the higher ranked side by 11 points. Sunshine Coast made it count on the scoreboard sitting at 58 per cent from inside the paint, while the Spartans struggled to find their stroke at 47 per cent. Phoenix Teal also showcased their hot hand from the charity strip boasting a higher percentage after sinking 23 shots from 25 attempts. Phoenix Teal flexed in a number facets of the game leading the steals and blocks count and while the Spartans clinched one more rebound (35-34), Sunshine Coast was simply too strong. On the turnover front, Southern Districts was costly with ball in hand throwing the ball away 15 times, while Phoenix Teal only registered 12.

Jamaal Robateau led all comers when it came to points sinking 31 for the match while also amassing eight assists and two blocks in what was a solid performance for Sunshine Coast. He was well-aided by Zane Meehl who knocked back 18 points of his own and collected five rebounds all of which were defensive in the process. Nelson Kahler recorded a double-double for Phoenix Teal finishing with 16 points and 11 rebounds to his name while also highlighting his defensive attributes managing four blocks. Teammate Jonathan Jassan also inflicted plenty of scoreboard pain with 17 points while Oscar Cluff was the only other player to enter double digits with 10 points for the game. For the Spartans, Tyrell Harrison was the most prolific downing 19 points and dragging in 10 rebounds in a desperate effort for his side while Kobe McDowell-White was the next closest with 15 points, all of which came through triples highlighting his skill from deep. Anei Muorter and Joshua Derksen also plied their trade combining for 22 points and eight assists but it was not enough to get the Spartans over the line.

The win sees Sunshine Coast prepare to take on RedCity Roar in an almighty clash on Friday night.

Brisbane Capitals made no mistake against Logan Thunder, ticking all the boxes in their clash to ensure they pushed through to the second week of finals and kept their premiership dreams alive. They ran out 19-point victors thanks to their three-point accuracy, and while Thunder boasted a higher two-point and free throw percentage they had limited opportunities to attack the rim credit to the Capitals’ pressure. Brisbane reigned supreme when it came to rebounds with 10 more than the Thunder 46-36 and also had a lower turnover rate with 12 compared to the Thunder’s 17. The Capitals were clever with ball in hand racking up 24 assists while Logan only managed 15 and while the latter generated more blocks and steals could not capitalise on their opportunities.

It looked like Jason Cadee had his own ball out on court and simply could not be stopped finding the rim with great ease, evident through his game-high 41 points. He sat at 54 per cent from three-point range, nailing seven of his 13 attempts and fell just short of a double-double thanks to his eight assists. Nicholas Stoddart was another key contributor for the winners, adding 24 points to the scoreboard while Timothy Soong also starred sinking 18 points, 14 rebounds and seven assists in an all-round strong performance. Didan Toto fell short of a double-double finishing with 10 points and nine rebounds, seven defensive in his 30 minutes on court. While the Capitals had Cadee, Thunder looked to Christopher Cedar to stand up and that he did, nailing 33 points with his 100 per cent accuracy from the charity strip paying dividends. Cedar also managed 10 rebounds and three steals in a gallant performance despite being in a losing side. Thomas Ammar also lent a hand to the scoreboard with 20 points, as did teammate Mitchell Young who managed 17 points and eight rebounds.

The Capitals will now take on Ipswich Force in the semi-final on Saturday making for an exciting clash.