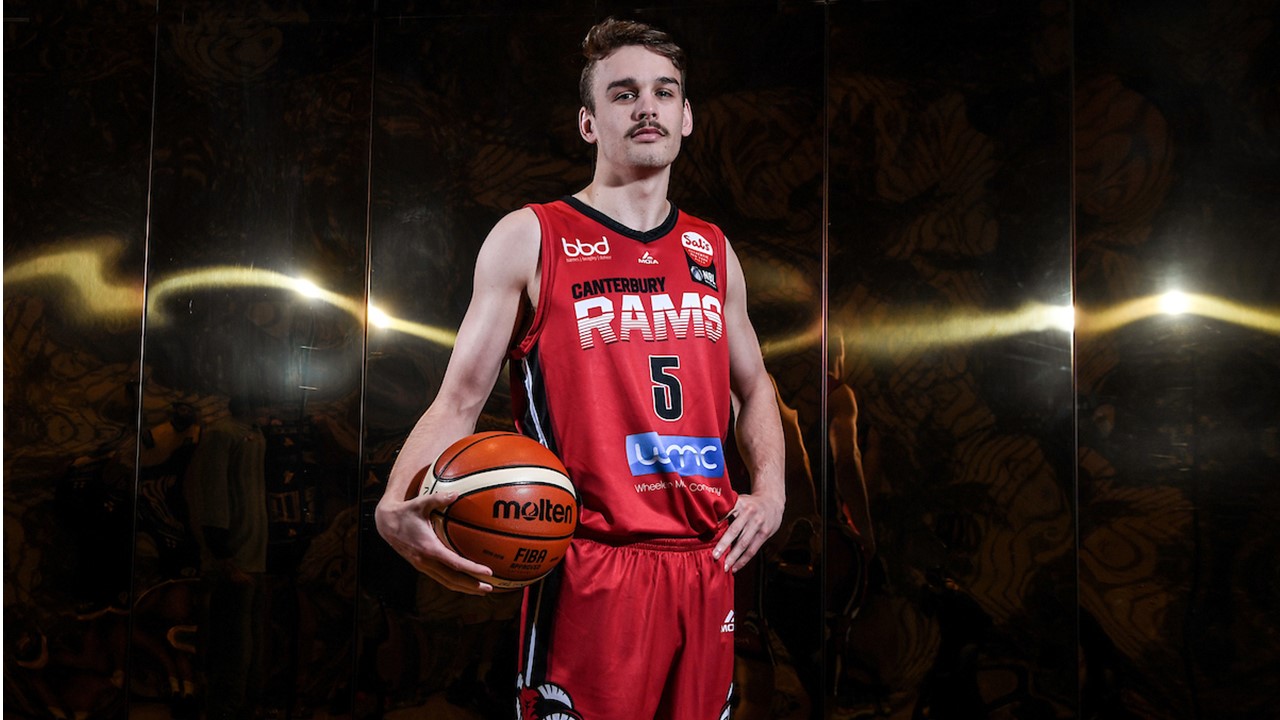 TWO of your first three draft selections ruled out for the season in the week leading up the 2020 Sal’s National Basketball League (NBL) competition? No worries for Canterbury Rams who stepped up last night to post an eye-opening 32-point win over Auckland Huskies. The Rams had to rejig the look of their side in the wake of season-ending injuries to Jack Salt and Joe Cook-Green, but the most cohesive team – having played together more than any other side – looked in-sync and like a title threat this year. Aside from a second term fightback from the Huskies, the Rams were in control for the majority of the game, enjoying a 102-70 victory to kick-start their year.

The match started with experienced veteran and Huskies captain, Leon Henry reading an Alex Talma pass then giving it off to Marvin Williams-Dunn for the first score on the board. After missing a three-point attempt, Toby Gillooly produced a neat lay-up to register the Rams’ first score of 2020. Henry and Perth Wildcats development player, Taylor Britt both traded two-points, as Canterbury used its first substitution to bring on Thomas Webley. That decision paid dividends as he picked up a rebound almost immediately then sank a turnaround jump shot, whilst Britt ran the court and put up another layup.

The Rams were starting to take control as the Huskies could not manage to find their range with accuracy. When Gillooly drained a three-point jumper in the seventh minute of the term, the Rams’ lead was out to 12. In the last 90 seconds, Canterbury showed they were not content with a minor lead as they piled on nine points to two to head into the first break with a 29-12 lead.

The second term started as it had finished with Britt sinking two baskets, whilst veteran Rashid Al Kaleem scored either side of the break for the Huskies. Johnny Fesolai managed to get the Huskies back a little with a two-point layup and the and-one basket from the line, but again the Rams raced away to extend the lead by out to 22 points four minutes into the term.

Young gun Taine Murray started to make his presence felt with four consecutive points to drag it back to 18, but then Gillooly returned serve and the Rams were away to the largest lead of the game – 23 points. Back-to-back triples from Tohi Smith-Milner reminded the crowd the game was far from over as the Huskies clawed to within 14 at the main break, but Canterbury was still in control.

All the work the Huskies had done was threatened to be undone early as Sam Smith and Mac Stodart were the first two on the board in the second half. Smith-Milner came back with another converted and-one opportunity, before Gillooly’s superb game continued as he applied pressure to the opposition with an important layup, drilling seven points in the term. Each time the Huskies threw down a challenge, the Rams responded with some class of their own, and the 24-16 term resulted in Canterbury extending the lead out to 22 by the final break and needing a special effort from Auckland to get back into the contest.

Nathan Wilson and Jaylen Gerrand tried their best early with the first four points of the term to cut the deficit back to 18, but the star of the show in Britt stepped up again, and settled the team. The sides traded blows midway through the term, with 21 points in the fourth minute as close as the Huskies got from then on. Talma, Britt, Jack Exeter, Mason Whittaker and Webley scored 14 straight points for the Rams to put the final nail in the Huskies’ coffin.

Murray, Anamata Haku and Wilson managed to cut the margin back a little, with Gerrand’s trey with three seconds remaining – matching that of Whittaker’s triple four seconds earlier – ending the match with the Huskies going down by 32 points in the second game of the competition.

Britt was simply outstanding in a best on court effort, sinking 22 points at a 55 per cent efficiency, whilst also picking up eight rebounds and an assist. Gillooly was equally strong, adding a match-high 25 points, along with six rebounds, two blocks and a steal in the win. Exeter (13 points, two rebounds and two steals) was strong off the bench, whilst Webley had seven points and seven rebounds, and Smith with the seven points, six rebounds and four assists.

For the Huskies, they were missing their top selection in Izayah Mauriohooho Le’afa, but still struggled with connection compared to their rivals, understandable considering the minimal time the team has had together. Smith-Milner scored 15 points, four rebounds, two steals and one assist in the clear standout for Auckland, whilst Wilson finished strong with 10 points, four rebounds, two steals and two blocks. Both Murray (seven points at 20 per cent efficiency) and Henry (two points at 11 per cent efficiency) will be keen to sharpen up their shooting for the next game, though the pair still managed a combined 10 rebounds and five assists.

Canterbury have a night off today before fronting up against a Franklin Bulls outfit tomorrow night, whilst the Huskies have back-to-back matches on the weekend, starting with Manawatu Jets on Saturday.