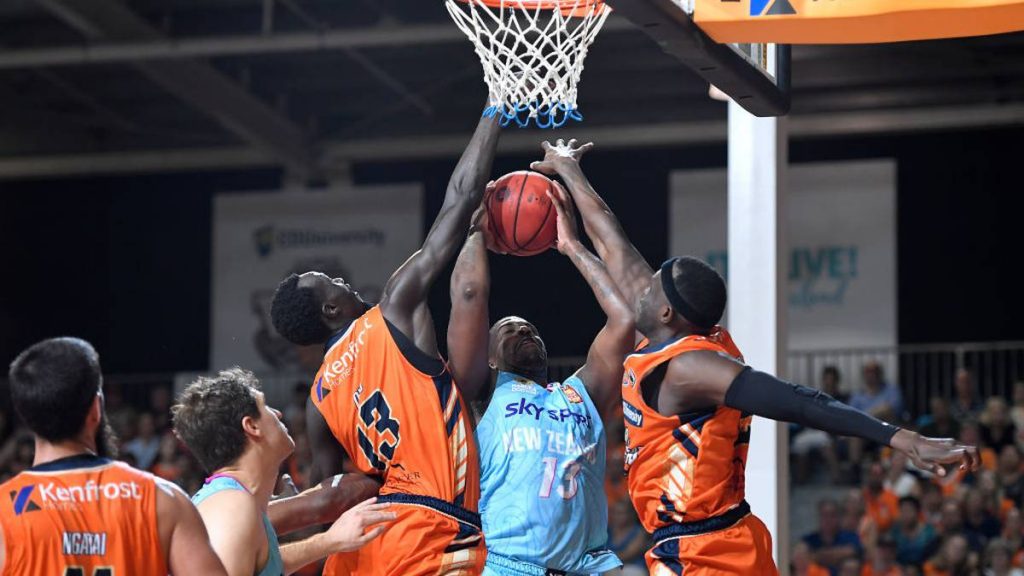 THE final game of National Basketball League (NBL) Round 4 saw the Cairns Taipans get back onto the winners list toppling the struggling New Zealand Breakers (84-67). Sitting second last on the ladder, the win created some separation as the Taipans made it two wins from eight appearances while keeping the Breakers winless.

Cairns raced out of the blocks in the opening quarter, putting the foot down and establishing a commanding lead while the Breakers struggled to find their rhythm and combat the offensive pressure the Taipans were applying. Their intentions were clear capitalising on their opportunities and extending their margin at half time thanks to a 19-16 quarter.

Holding an 11-point lead at half time the Taipans were not done with yet adding another 25 points to their total. Scoring with ease and imposing their defensive nature to keep the Breakers to 18 points for the term, it is fair to say Cairns had a real pep in their step and could sense a victory. Although New Zealand established some continuity in the final quarter to outscore their opponents, albeit by one point, they simply could not do enough to worry Cairns as the Taipan ran out with a 17-point victory.

When it came to shooting, Cairns had it all their own way, exposing the Breakers in each component. Overall field goal percentage was in favour of Cairns despite both sides shooting at a low per cent 44 and 35 per cent respectively. Converting 20 of 36 attempts from two-point range the Taipans had the upper hand but the Breakers were hot on their tails sitting at 52 per cent. The real difference came when looking at three-pointers with the victors managing a 31 per cent clip compared to 13 per cent with New Zealand only nailing four of their 30 attempts.

In terms of rebounds the Taipans led the charge notching up five more than their opponents (46-41) while they also recorded more assists (18-13). Blocks and turnovers also favoured the Taipans (4-2) and (7-9) respectively while when it came to steals the Breakers had the upper hand recording four compared to three. Both sides did most of their damage from inside the paint with a collective 68 points coming from there but the real kicker was points from turnovers as Cairns exploited New Zealand to register 11 points.

Majok Deng topscored for Cairns thanks to his 23 points and 60 per cent conversion rate. He was not alone as Kouat Noi also flexed his muscles on the points scoring front with 18 while also dragging down six rebounds. Scott Machado had a game to remember recording a double-double as 13 proved to be his magic number with 13 points and 13 assists. In his 15 minutes on court, George Blagojevic managed double digits with 10 points and four rebounds and while Cameron Oliver was down on his usual scoring production still managed to have a commanding influence off the boards securing 13 rebounds.

The Breakers had three players reach double digits with Tai Webster and Finn Delany knocking back 11 points apiece. Webster was plagued with inaccuracy only converting at a mere 25 per cent from the field while Delany ticked along at 62 per cent and collected four rebounds and two blocks in his outing. Robert Loe was the only other player to hit more than 10 points in his 18 minutes of court time and while Tom Abercrombie only downed eight points he managed seven rebounds. Lamar Patterson found some rhythm with eight points but could have had more had his shooting radar been on however he still dished off five dimes in his sides loss.