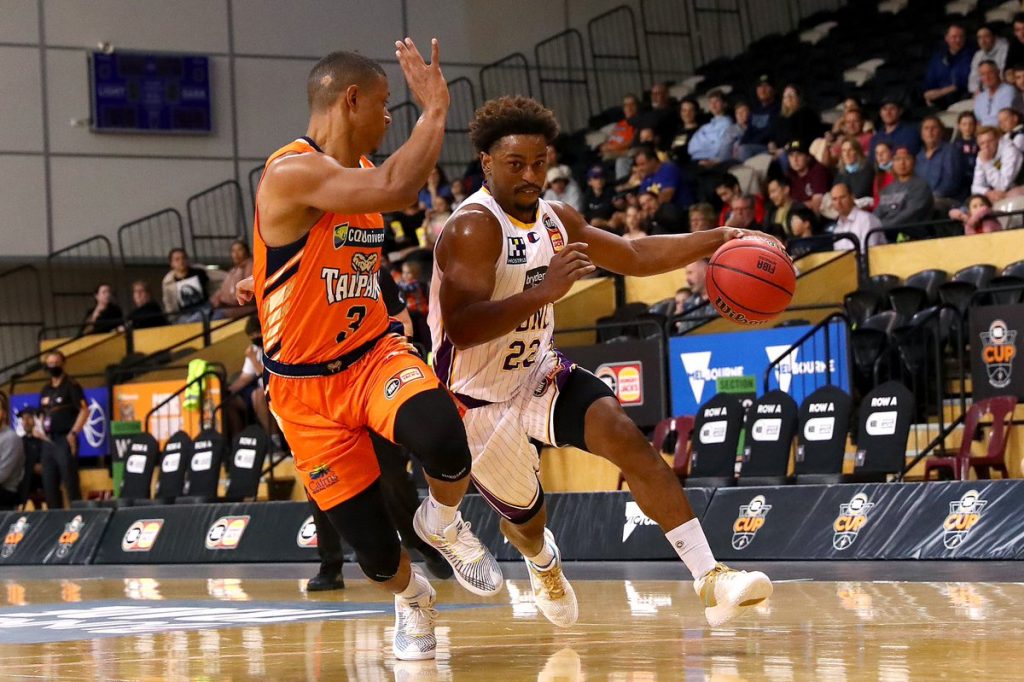 A NATE Jawai inspired Cairns Taipans outfit secured their fourth win of the season, overcoming the fast starting Sydney Kings by four points, 96-92. In a battle of the lower placed sides, both Sydney and Cairns were determined to assert themselves and produce a much-needed win, however it was the Taipans that held strong, with a blistering second term gifting them the upper hand for the remainder of the match.

Bursting out of the blocks the Kings showcased their ability to score and do so at a frequent pace. They seemed to control majority of the play in the opening term but could only manage a slender lead of two points heading into the first change. Determined to not suffer another loss, the Taipans flicked a switch in the second to really turn the game on its head. With Jawai taking the heat, it allowed Scott Machado to get busy hitting the scoreboard regularly and dishing off the ball with relative ease as the Taipans not only mounted a comeback but stole the lead thanks to a 25-point to 13-point term. Playing with a sense of confidence and surety the Taipans looked strong with everyone playing their role and doing so effectively to keep their opposition at bay.

Walking tall with a 10-point lead, the North Queensland-based side was intent on growing that lead, but the Kings were not about to let that happen coming out of the half time break with a real pep in their step. Piling on six consecutive points to nil, the Kings clawed their way back into the contest to get within four points, showcasing just how quickly momentum can change. Some Casper Ware magic further encouraged the Kings as they got within a point before Cairns once again created some much-needed separation to end the third.

With everything to play for in the fourth, both sides left nothing to chance as their star players led from the front in hope of securing an elusive win. Sydney starred in the middle part of the term, rallying the troops to establish a four point lead before coach, Mike Kelly ruffled some feathers earning himself a tech foul and prompting Machado back into action. The tables once again started to turn with Cairns overpowering Sydney and really hitting their stride to clinch victory.

Machado was the main playmaker for Cairns registering a team-high 24 points at 52 per cent from the field. His leadership shone through in the crunch moments whether it be through his scoreboard impact or five assists. But it was the presence of Jawai that was really the game change with the former Australian Boomers star winding the clock back and proving just what he is capable of posting 22 points in his 15 minutes on court. Sydney simply had no answers for the centre who went about his business with ease, also amassing six rebounds and three assists. Fabijan Krslovic also plied his trade in the win recording yet another double-double thanks to his 15 points and 10 rebounds while Mirko Djeric also impressed with a handy 12 points.

“There was great effort, I think for the most part as a group we tried to stick to the plan. They’re a very gifted offensive team and they play hard. There was a little bit of a circus out there, teams going end-to-end and then I was happy with how we steadied,” Cairns head coach, Kelly said in the post-match press conference.

“So good first half, good basketball, cleaner than it has been for us and then a little bit of a mess in the middle and then the guys finished with some big plays.”

It was a two person show for the Kings with Dejan Vasiljevic dominating on the scoreboard thanks to his game-high 32 points. But it was his accuracy from down town that impressed the most sinking all five of his triples to boast a 100 per cent accuracy while sitting at 62 per cent from the field. Partner in crime, Ware was equally as impressive producing 28 points in the loss with his ability to convert from the charity stripe a key feature of his game. Ware also managed four rebounds and four assists. Jordan Hunter chimed in with a handy 11 points and six rebounds while Didi Louzada managed eight points and four rebounds.