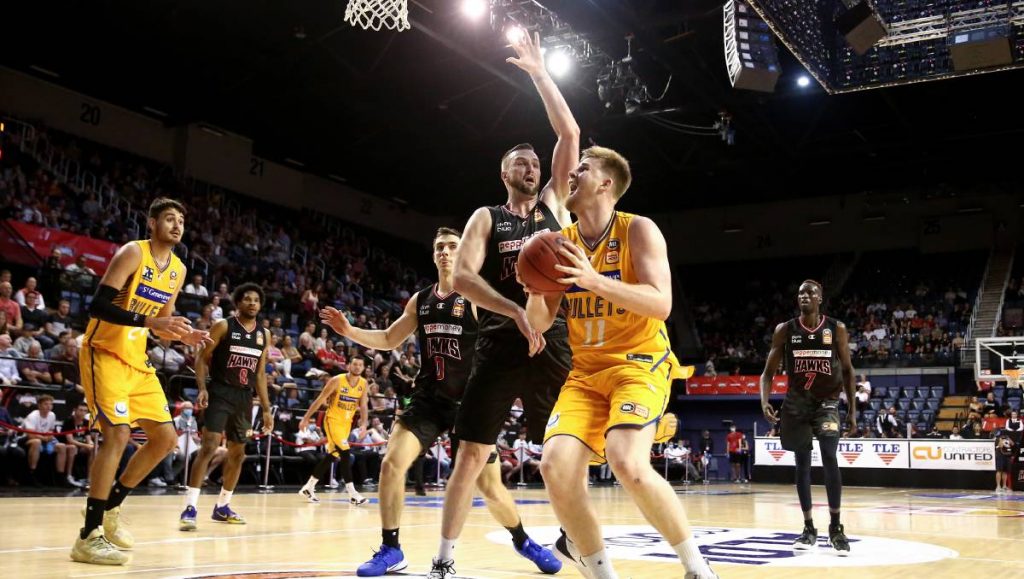 BRISBANE Bullets have stunned Illawarra Hawks with a gutsy come-from-behind win to end their three-game losing streak (88-82). Both sides were desperate for a win, with the Hawks having only registered one in their past five outings and Brisbane struggling with illness and injury. But it was a fast finishing Bullets outfit that got the “W”, rectifying their poor start to the game to well and truly overpower the Hawks and leave fans in awe.

It was arguably the Hawks’ game to lose, and they did just that. Establishing a dominant 11-point lead by restricting the Bullets to a mere nine points in the opening term thanks to some strong defence and terrific shooting, Illawarra seemed to have the game on their terms. Their confidence was sky high and they were taking complete advantage of the missing players from the Bullets’ side, with Victor Law ruled out for the remainder of the season with injury. But the tables steadily started to turn in the second quarter as Brisbane found a bit more rhythm; not only on the scoreboard, but across the court. They outscored Illawarra 24-22 but that did little to eat into the large margin that had already been created.

In the first half alone, the Bullets only managed a lowly 33 per cent shooting accuracy from the field and coughed up the ball seven times. This continuously gifted the Hawks with opportunities to stream down the other end of the court and apply some offensive pressure.

However, it was almost as if the Hawks were lulled into a false sense of security, taking the foot off the pedal in the third and gifting the Bullets with an opportunity to strike. The newly acquired services of Lamar Patterson came into effect, however it did not last long as he was fouled off in the third while Nathan Sobey got busy. Brisbane threw caution to the wind, attempting a wealth of three-pointers with the risk paying off as they started to mount some serious pressure. Their dominance started to come to the fore once again outscoring their opponents 26-18 to head into the final stanza down by a single point.

With it all to play for in the fourth quarter the Bullets left nothing to chance as the Hawks simply could not keep up with the intensity and pace of the game. But that is not to say Illawarra were without their chances as the Bullets produced a number of turnovers at important times as the clock ticked down. Justinian Jessup played his part for the Hawks hitting a controversial three before it was deemed just a regulation two-point shot. With a tick over 20 seconds to play the Hawks coughed up the ball once more, all but gifting the Bullets the win as they sealed the deal off the hands of a Jason Cadee free throw.

The Hawks will be left ruing their missed opportunities and inability to close out the game, while the Bullets will be rapt with their passion and determination to keep the game alive and win.

Jessup led the way for Illawarra producing a team-high 19 points to accompany his two rebounds, three assists and four steals. Partner in crime, Tyler Harvey upped the ante after returning from injury, slotting 18 points at 42 per cent while Daniel Grida was the next most prolific thanks to his 12 points, five rebounds and one assists. Sam Froling made his presence felt sinking 10 points while also picking up six rebounds and three assists.

For the Bullets, it was the efforts of Cadee that stood head and shoulders above the rest with the guard and captain nailing 22 points including five triples. It did not stop there as he also produced four rebounds and two assists. Harry Froling fell just short of a double-double credit to his 21 point and nine rebound effort as Sobey increased his scoring as the game went on to finish with 17 points, five rebounds and six assists. Matthew Hodgson had a game to remember amassing 10 points and a whopping 14 rebounds in an all-round solid performance by his side.