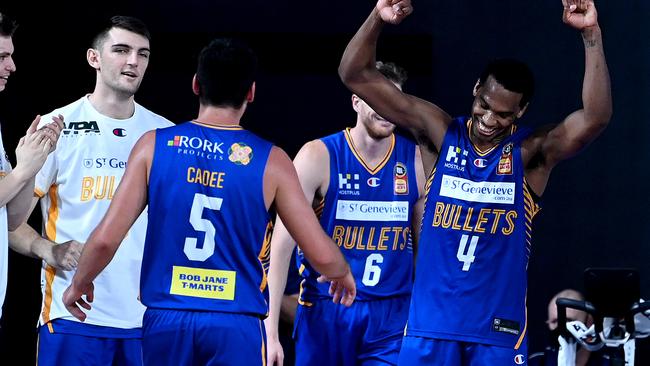 ROUND 3 kicked off with a bang with the game between Brisbane Bullets and Sydney Kings going down to the wire with the Bullets walking away with a narrow three-point win (90-87). The Kings were not without their chances with Casper Ware afforded a couple of free throws but unable to capitalise gifting the Bullets with their first win of the season.

It was an intense opening term of basketball as both sides found their stroke early and managed to keep the scoreboard ticking over at an effective rate but were unable to really pull away from each other. That element of intensity did not waiver throughout the contest however it was the output from recruit Victor Law that made the difference and helped the Bullets to victory.

Sydney held an early lead at the first break before the Bullets hit back in the second term sinking 21 points to 17 to not only outscore their opponents but so too hold the upper hand at the main break albeit by two points. The tight tussle continued throughout the match with neither side willing to give an inch and fighting hard to create some type of separation on the scoreboard. The Bullets edged further ahead in the third term sinking another 21 points but the Kings were not about to lie down, firing in the final quarter to overpower their opponents (23-22) but still fell short of victory to take their season tally to one win and two losses.

Brisbane boasted a higher field goal percentage (47 per cent) compared to Sydney who shot at 43 per cent while they also starred when it came to accuracy inside the arc sitting at 52 per cent, 10 per cent higher than the Kings who struggled to find their groove at times. In saying that the Kings flexed their muscles from range nailing 13 of their 29 attempts to sit at a 44 per cent clip as opposed to the Bullets’ 33 per cent. Rebounds were relatively even between the two sides with the tally just favouring the winners (46-41), while assists and steals went to the Kings (20-17) and (5-2) respectively.

It was a Victor Law inspired performance from the Bullets as the star import well and truly found his groove throughout the match to have an influence on the outcome. Law managed a game high 27 points while shooting at a team high 73 per cent from the field highlighting his hot hand. He fell just short of a double-double collecting nine rebounds, seven of which were defensive while also amassing two assists and impressive five blocks. He was well aided by teammate and captain Nathan Sobey who collected 26 points in his 36 minutes on court. It did not stop there for Sobey though, recording seven assists and six rebounds. Jason Cadee and Tyrell Harrison were the only other two players that managed double figures when it came to points while Harrison also secured an impressive 11 rebounds.

“We always knew Vic was going to be a great player, it was always just going to take time for him to find his feet within the group and for us to understand him and also for him to understand the league. It was great to see him shoot at such a great percentage, I thought he took good shots. “Team did a nice job of also utilising him and putting him in positions to be successful. One of the most pleasing things is he plays defence, he cares about defence, he rebounds, he wants the big assignments and he is a good teammate,” coach Andrej Lemanis said.

For the Kings, Jarell Marin was a commanding presence on court walking away with 26 points, 11 rebounds and two assists in his 30 minutes on court. He was far and away the most dominant player on court for the Kings with Ware sinking 15 points and unable to capitalise on his chances in the dying minutes of the game. Dejan Vasiljevic also contributed to the scoreboard with 13 points of his own, five rebounds and an assist while Brad Newley slotted 10 points and five rebounds in the loss. Unfortunately youngster Didi Louzada was struck down with injury to add to the mounting tally of Kings players on the sidelines.

Next up for Brisbane is Cairns on Saturday while the Kings are faced with the Breakers later that afternoon.