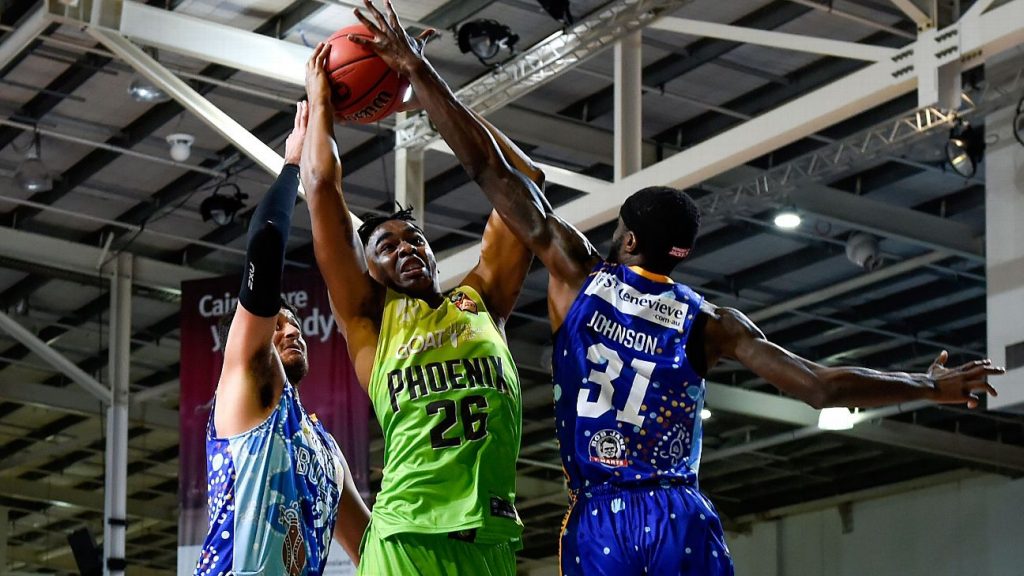 WITH the Brisbane Bullets finals aspirations hinging on every game in Round 21, they got their last round campaign off to a flying start as they downed South East Melbourne Phoenix by seven points (91-84). It was a tale of two halves as the Phoenix dominated the opening half of play before the Bullets struck back in the second, looking like a new and improved outfit to win the match.

Given the recent COVID-19 outbreak in Melbourne, there were no fans allowed at the match meaning both teams had to rely on their own chat and energy to spur them on. That worked for the Phoenix in the opening half as Mitch Creek got down to business sinking the first shot of the game to set the tone. Creek seemed to have the ball on a string as he dictated the terms of the game and inspired the likes of Ryan Broekhoff and Kyle Adnam to flex their muscles from down town. The Phoenix were making the most of their three point shooters as they skipped out to a handy lead at quarter time thanks to a 25 points to 16 term.

The Bullets started to up the ante in the second term as Tyrell Harrison injected himself into the thick of things to eat into the margin. but Creek continued to go along his merry way sinking shots from left, right and centre. The tempo slowly started to shift in favour of Brisbane with Harry Froling finding his stroke with back to back points to cull the deficit to five points. But once again the Phoenix found a way to forge ahead through Keifer Sykes with the star import impressing with his drive and scoring prowess. The Bullets continued to plug away with Jason Cadee leading the troops but in the end it was Creek that was monopolising the play out on court amassing a whopping 16 points to half-time.

It was a blockbuster third term from the Bullets as they took ownership of the game to outplay and outsmart the Phoenix. The quarter started with a bang as Lamar Patterson made his presence felt to get the Bullets back to within one point. Moments later, Harrison chimed in and within a blink of an eye the lead changed hands and the Bullets were in front for the first time in the match. The team lifted across the board as Nathan Sobey showcased his class from three-point range to extend the lead credit to a nine point run and while Creek quickly answered the quarter was played all on Brisbane’s terms. The lead ballooned to 11 points by three quarter time as the Bullets walked away with a head full of steam and confidence to boot.

The Phoenix needed a real spark in the final term with the lead escaping them and needing a win to seal the deal for finals. But that was not to be the case as the Bullets picked up where they left off thanks to a dominant performance from Froling. The big man managed a key rebound and then converted on the shot and although the Phoenix fought back with consecutive points from Adnam the game was just too far out of their reach as Patterson and BJ Johnson plied their trade on the scoreboard for the Bullets.

Creek topped the table with his 28 points at 50 per cent accuracy from the field, while also reeling in nine rebounds and six assists. Adnam also set the court alight credit to his 20 points while Broekhoff had one of his best games to date producing 12 points, seven rebounds and two assists in the loss. Sykes was strong for the Phoenix nailing eight points, eight assists and three rebounds as Yannick Wetzell also chimed in with a handy eight points and four rebounds. There were a wealth of key contributors for the Bullets Sobey topscored with 22 points in his 36 minutes on court. He also dragged down nine rebounds and racked up six assists with the next closest Cadee on 19 points and six assists. Johnson was impressive with his 13 points and three rebounds as the trio in Patterson, Froling and Harrison all walking away with 10 points each with the latter also recording eight rebounds.

The loss for the Phoenix means their top four spot is still up for grabs and must register a win when they take the court against both New Zealand and Brisbane once again in the coming days given they have a couple of teams hot on their tail.