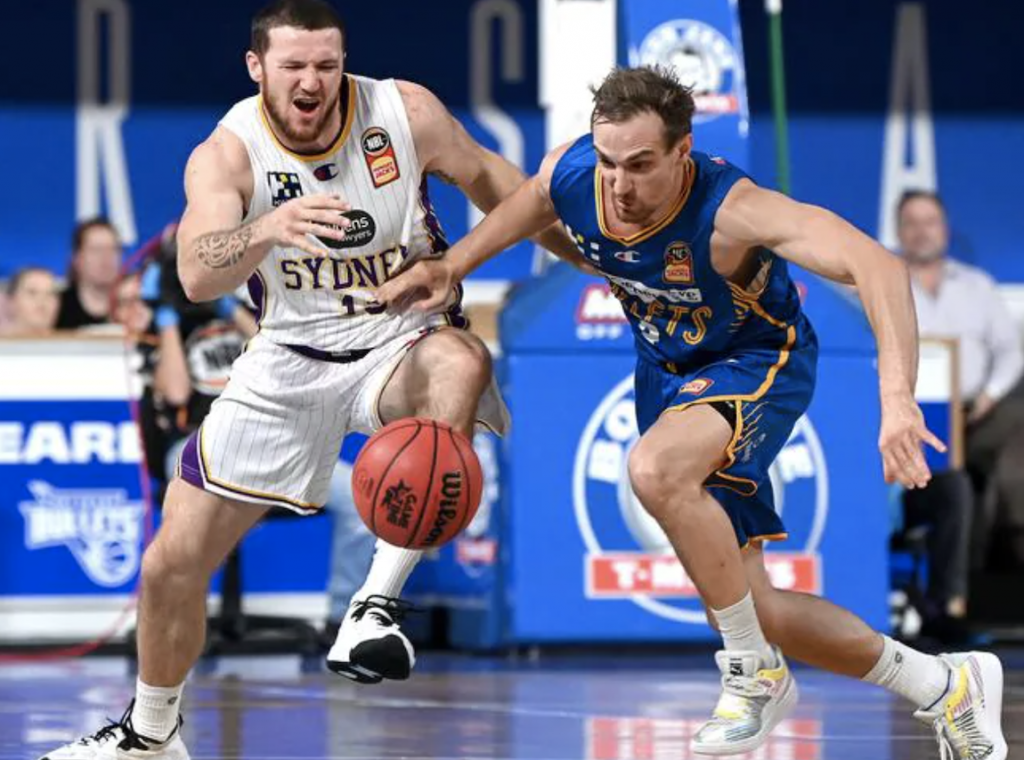 AFTER nine games on the road, Brisbane’s return to Nissan Arena was a happy occasion for those in attendance, with the Bullets destroying the Sydney Kings, 93-70, in what was a pivotal game in the hunt for the third and fourth positions on the NBL ladder – headlined by a career night from Anthony Drmic.

Scoring came at a glacial pace in the opening phases of the game last night, with Brisbane converting on two attempts and the Kings converting on just one in the first four minutes of play.

A put-back jam from the newly returned Xavier Cooks – his first appearance of the season due to injury – showed a burning determination from the big man to make his first night back a successful one. However, the Kings would not hold the lead following a Drmic three-pointer heading into quarter time with Brisbane leading 20-17, three of Drmic’s nine first term points.

Producing an 8-0 run to kick off the second, Brisbane broke out to a double-digit lead early in the period. Various Bullets individuals such as Nathan Sobey, Lamar Patterson and BJ Johnson were big in what would be an explosion of offence on the way to half time.

Eventually outscoring the Kings 32-10 in the second quarter alone, Andrej Lemanis’ side had the game blown wide open at half time and were firmly in the driver’s seat with a 25-point lead.

If Sydney was going to have any chance of pulling back the deficit, their shooting would have to improve after displaying a woeful 22 per cent field goal percentage in the opening two quarters, compared to Brisbane’s stellar 51 per cent.

The Kings did open the third period with three quick consecutive baskets, but that attempt at a run was quickly thwarted after Sobey slammed down a two-handed tomahawk dunk off the turnover.

Nevertheless, Sydney did manage to whittle away some of their deficit before the start of the concluding quarter reducing their margin to 19 points, with Jordan Hunter trying his best to put points on the board as Casper Ware was failing to make a substantial impact in his 150th game.

The visitors threatened another potential comeback after closing the gap to 12 points before the Brisbane lead quickly ballooned out to 20 points once again. Following this, and with just four minutes on the clock both Ware and Jarell Martin were taken out of the game by Adam Forde given the Kings’ hectic schedule coming up.

As the clock wound down to its final seconds, a three from Thomas Vodanovich finished matters last night with Brisbane walking off winners by 23 points, a statement outcome for the NBL’s sixth ranked side.

The 50 per cent versus 31 per cent shooting efforts from both teams leaning in favour of the Bullets was the primary reason for the result, although the 46 points in the paint played a significant role in the home victory for Brisbane. While Sydney did leave the floor with a plus-seven on the boards (53-46), the Bullets made their opponents pay from deep making 10 triples, four more than the Kings.

A massive night from Drmic to say the least, as he set his new career-high in points with 28 in 31 and a half minutes of court time. He also set a personal best in threes made going seven from 10 beyond the arc and gathering five rebounds and four assists. Sobey was good for 19 points, five assists and four rebounds, whereas Patterson added 13 points and four boards to the cause. It was a good bounce-back performance from Johnson after a poor outing in his last game, finishing last night’s opener with 12 points.

No Kings were able to blow away spectators with their individual efforts despite Hunter’s 15 points and 11 rebounds. However, Martin (13 points and seven rebounds) and Jarrad Weeks (10 points and four rebounds) were productive enough to crack double digit points apiece. Ware will enjoy some heavy thinking on the way back to the hotel after compiling a lacklustre six points in almost 28 minutes of play.

Brisbane open up another game at home Saturday afternoon with the defending champion Perth Wildcats flying east to face them, and Sydney will also provide hosting duties when the Adelaide 36ers look to create more drama in the race for the top four this Sunday.