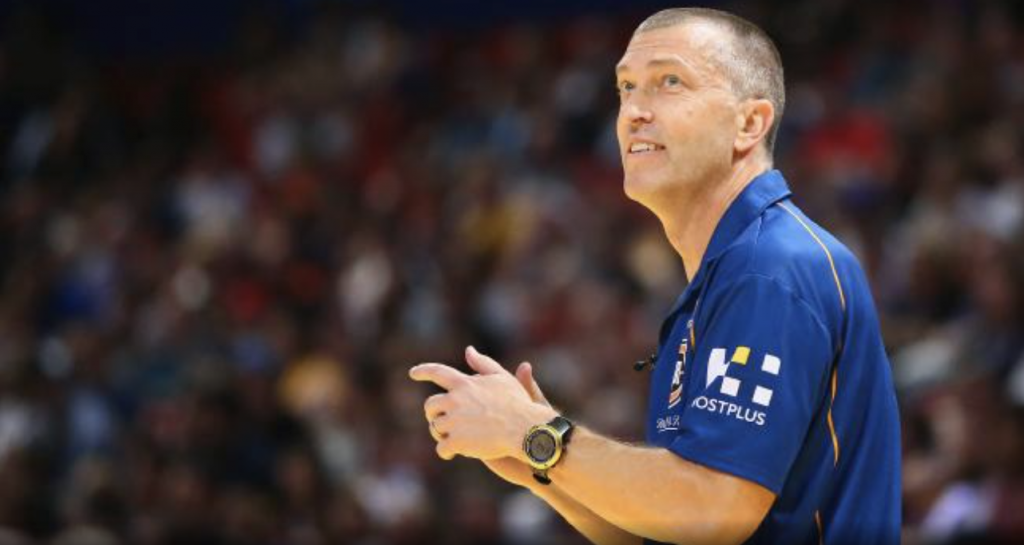 BRISBANE have stormed back in the final quarter of last night’s opener to force overtime and ultimately earn the upset win against the Cairns Taipans, defeating the out of form visitors 105-103 after a Vic Law layup ended the game in the dying milliseconds.

Even though Law and Tyrell Harrison got their names on the scoreboard early, it was Cairns that made the bigger effect in terms of conversion, jumping out to 16-8 lead through the first five minutes of the game.

Following five more minutes of first quarter play, for the first time this season the Taipans had themselves a lead after 10 minutes – this time on the road. Thanks to a healthy dispersion of points production from their starters, Cairns continued to attack the rim as well as hit their shots from deep, leading 23-19 at the first break.

It took a while for Nathan Sobey to score his first bucket of the clash, but in his absence early on Harry Froling was a standout performer for the Bullets particularly in the second quarter. The 211cm-tall Center had himself a solid eight points by the midway point off the bench yesterday, while Law had himself nine points and six rebounds after 20 minutes and Sobey accumulated eight points of his own in the end.

However, Cairns looked like a totally different side in the first half compared to previous efforts this season. After amassing 55 points in the first two quarters (the highest first half total of any team this season to date), they held a sizeable 15-point lead over Brisbane being led by Cameron Oliver who racked up 18 points and six rebounds in this time.

The Bullets started the third in good stead, putting the first eight out of 10 points on the board to begin the second half and cut the deficit back down to single digits. Shortly after, a heated exchange between Law and Oliver reignited the level of intensity between the two teams and the stakes became slightly raised as a result.

Andrej Lemanis’s side were unable to cut out a big chunk of their sizeable deficit in the third, despite winning the quarter 21-16. This would however set up a fourth quarter that would require the hosts to reverse a 61-72 score line with 10 minutes to play.

Surprisingly it only took six minutes in the fourth for the Bullets to equal things after a put back jam from Matthew Hodgson and some late foul trouble for Mike Kelly’s starters, which allowed Brisbane to gain momentum.

Key exits from Majok Deng and Oliver due to fouling out allowed Brisbane to capitalise in a final period filled with highlights for them and it looked like they would pull away. But a triple from Jarrod Kenny with 20 seconds left, therefore meant forcing overtime in the Battle of Queensland.

Kenny again converted from three in extra time, swinging things in favour of the Taipans with a couple minutes left, but Sobey answered back to tie things up again. He returned the lead back to the Bullets on the next play with an And-One.

Two out of three free throws made by Mirko Djeric cut the difference back down to one point, but a dunk from Law undid this the next possession. Scott Machado and Jason Cadee added to the high-octane overtime period, trading triples with the latter nailing his with 12 seconds on the clock.

The saga would continue after Machado knocked down a step-back three with six seconds on the clock, but the last laugh came from the Bullets as Law drove to the rim and finished the layup with mere milliseconds remaining, stealing away the match at the death.

While Sobey earned man of the match recognition with his 30 points, five assists and four rebounds, Law’s numbers easily matched his tremendous output on the night finishing with 29 points and 11 rebounds. The two helped facilitate the team’s 46 per cent shooting on the night, while the Bullets also accumulated 14 points off of turnovers. Cadee also fished with double-digits for Brisbane, compiling a 11-point, five-rebound and four-assist performance.

Similarly, to other games for the Taipans, the majority of their points came exclusively from the starters. Machado left with 23 points, 10 assists and five rebounds and Oliver did the same with 21 points and eight rebounds, while Deng had a solid night after his 15 points and six rebounds. Furthermore, Djeric and Kouat Noi each provided 11 points to the team.

After processing their win last night, Brisbane now finds themselves back on .500 with two wins and two losses as well as sniffing around the top four, in a match that had plenty of meaning behind it. They can continue a positive trajectory in the NBL standings next Thursday with a win over Melbourne United to kick off Round Four. Meanwhile, the Taipans can exact revenge at home against the Bullets next Saturday in the reverse fixture.